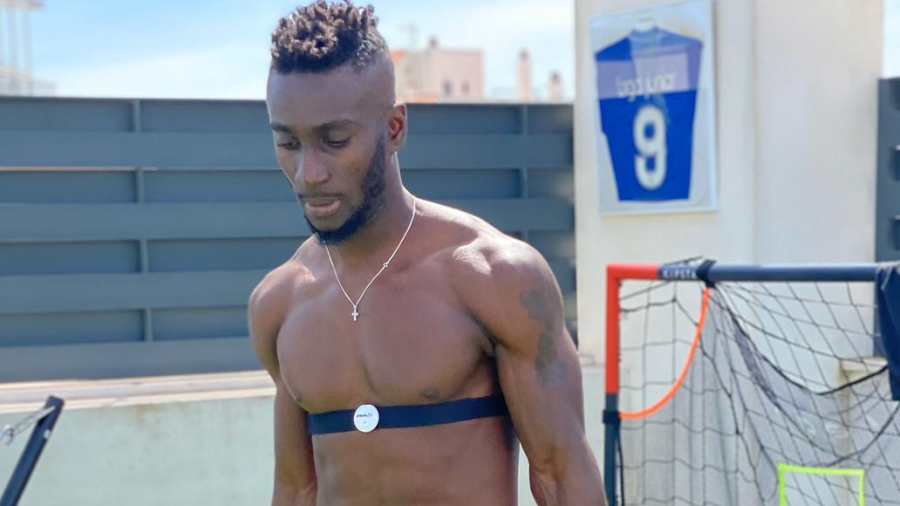 As LaLiga players begin to return to training, physical preparation is a key part of their daily routines to regain full match fitness.

In recent years, the physical trainer has become a key part of club staff to ensure that players are in the best possible conditions to play, but this role has had to evolve during the COVID-19 pandemic.
With teams having spent two months in quarantine and currently training alone at club facilities, trainers have less physical access to players, but the need to closely monitor their condition is of the highest importance. At RCD Mallorca, this situation has been overcome through wearable technology and remote monitoring.

When competition was postponed in March, he worked on a new way to obtain data from player training sessions while they were at home to create routines that were specific to each individual.
Since May 2019, RCD Mallorca players have worn bands on their chest during training, which measure vital signs including heart rate. Usually, this data is collected via a club software using GPS technology, but this was no longer possible with players training at home. Pastor therefore had to configure the software to ensure that this data could be uploaded via a mobile app.

“We knew that the app had other functionalities, but we had not needed to use them because we had the GPS in place for daily training in the sports city or stadium,” Pastor commented. “Now with data uploaded by the players on their mobiles, we can keep receiving heart rate data as well as information about both their rest and their tiredness levels. It allows us to determine the effect that the previous day’s training has had.”

Instant data available to staff and players
With these advances, Pastor has been able to assess each first-team player in real-time. "All data is transferred to the application at the same time that the player performs a certain physical activity," he said. "The upload is very quick and the data is easy to understand."

The information has been classified by Pastor into two groups. "On the one hand, we review the data obtained through a test carried out by the player each morning, which shows their fatigue from the previous day and the quality of rest,” he said. “On the other hand, we review data on the physical work that the player was doing."

The immediacy of all this data allows Pastor to constantly adapt the training sessions of the players according to what would suit them best.

“We can quantify the intensity of each training session on each player,” Pastor said. “Right after finishing the sessions, which were held through a video call, the player could upload their data which is instantly transferred to my computer. In addition, the data was also received by the player, so that they were aware of their own workload.”

Combining the best data
According to Pastor, this period of confinement has improved the club’s ability to obtain reliable rest data from the players. “Before, the player did not take the test when they got up, they did it in the sports city after, for example, taking the children to school,” he explained.

“Those hours between when the player woke up until they took the test in the sports city could distort the rest data. Now, with the player taking the test at home right after getting up, we think it's much more accurate."

While players are now able to leave their homes to train, the benefits gained during the lockdown will be maintained. The data offered by the app will now be combined with the GPS at the club facilities.

This will help the team assess a wide range of important metrics from heart rate and rest to speed, sprint intensity and acceleration.

Having created good habits and good data during this time, Pastor hopes to keep improving training practices as the club prepares for a return to competition.

“In these last two months the players have taken responsibility of many things, not only at a professional level but also as citizens who are aware of the health precautions they have to take when they go out,” Pastor concluded.

"Combined with our tools, we have been able to generate a new mindset that allows better information to be shared which can help the club. In the future we will continue to use this dynamic because we think it’s important.”