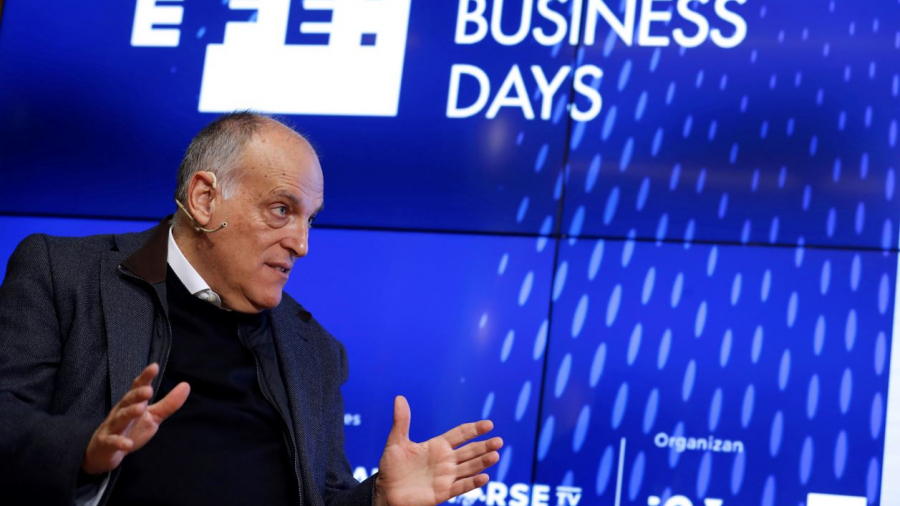 A majority of LaLiga clubs decided at the Extraordinary General Assembly held in December to sign the collaboration agreement that will launch Boost LaLiga, the strategic project created to boost the overall growth of LaLiga and its clubs. LaLiga president Javier Tebas believes that this will accelerate the growth of Spanish football by 15 to 20 years.

Speaking at an ‘EFE Sport Business Days’ event on ‘Financing in the History of Sport’, Tebas outlined why LaLiga has decided to join forces with CVC and how important this is for maintaining the incredible growth that LaLiga and its clubs have enjoyed in recent years.

"With the entry of CVC the clubs are worth 30% more. If we don't do this we will go down. In France they are already looking at an option like this," he says. "The financial world and the big investment funds are saying 'the funds [CVC] trust LaLiga and the clubs and they are going to put in €2 billion'. They are going to make money? Obviously, but the more they earn the more the rest of us will earn."

Discussing the motives for this project, Tebas told EFE’s audience: “It would have been impossible for the clubs to [make significant investments] organically because they have to focus each year on fighting to avoid relegation or on their various sporting objectives. So, for the middle- and lower-level teams it would have been impossible to achieve this organically. This is why we’ve secured this investment.”

Although the value of the competition’s audiovisual rights has more than doubled in recent years, Tebas warned that LaLiga cannot rest on its laurels, stating: “If we want to keep competing with the Premier League above all and with other competitions then we must be a strong league. The clubs decided that we should anticipate and invest now in technology to remain competitive. If not, our audiovisual rights could go down. People think they always go up, but that’s not always the case. We and our clubs need to be prepared or else our audiovisual rights will fall and the industry will lose jobs.”

The point about the industry as a whole is important, given how large a role Spanish professional football holds in the country’s overall economy. This is another reason why LaLiga and its clubs felt it was important to act now. On that, Tebas said: “We want to make the industry richer. Remember, professional football represents 1.37% of Spain’s GDP and is responsible for 185,000 jobs. If we don’t take steps like this then these numbers might shrink.”

Finishing his explanation of the motives behind the CVC agreement, Tebas made clear that this is not a loan and that CVC will receive a percentage of audiovisual rights income for the next 50 years as a result of ‘Boost LaLiga’, rather than hold a permanent stake in the organisation. The league president explained: “This isn’t a loan, this is a capital investment. CVC will get 9% if the revenues go up or down. So, it’s not a loan. Keep in mind that capital investments are usually forever, but it’s almost a favour or advantage that this is only for 50 years. There are funds like this everywhere and they’re looking at this type of thing in French football, similar to what we have, but that would be forever and not just for 50 years like our partnership. But, that’s not a bad thing either.”

Investment in facilities, internationalisation and digitalisation

During the EFE round table, Tebas went on to outline exactly what the CVC money will be going towards. One of the conditions for clubs is that 70% of the money they’ll receive should be spent on investment projects and the league president explained why, saying: “We could have said ‘take the €2bn and divide it up by yourselves’. But, what we’ve done is significant as this is €2bn but 70% of it must go towards investment and infrastructure. It’ll help with technology and digitalisation. This will bring Spanish football forward 20 years, without using public money. That’s important, especially with the 2030 World Cup bid around the corner and more stadiums set for full redevelopment projects without the need for public funds. It is a project to grow, not to get into debt”.

These examples are from the development plans that clubs have submitted to LaLiga, breaking down what they plan to do with the CVC funds. Investment in facilities was a common example, but so too was the desire to invest in internationalisation and in digitalisation. On these two areas, Tebas added: “We don’t want just two and a half clubs to be fully internationalised. We want more international clubs, but you must invest for this by opening football schools and organising tournaments and events. You need money for that and CVC will help with that. The other area is digitalisation. We’re very digitalised at LaLiga, but we want this to also be possible at other clubs, clubs that might not be very big.”

The success story of Dorna Sports and CVC

Carmelo Ezpeleta, the CEO of Dorna Sports, also appeared on this ‘EFE Sport Business Days’ round table and offered some insight into why seeking financing can help sports leagues and properties.

Ezpeleta even has first-hand knowledge of working with CVC and stated: “When an investment fund like CVC trusts in your organisation, it shows you’re doing well because their owners think you can be a leading business. In our years with CVC, and later Bridgepoint and Canada Pension Plan, they left us to run the championships. In our case, the investment funds gave us the possibility of accessing funds that we wouldn’t have had access to otherwise. Their experience from other similar situations helped us see what we should and shouldn’t do. I don’t think MotoGP would be in the good state it is in had it not been for investment funds.”