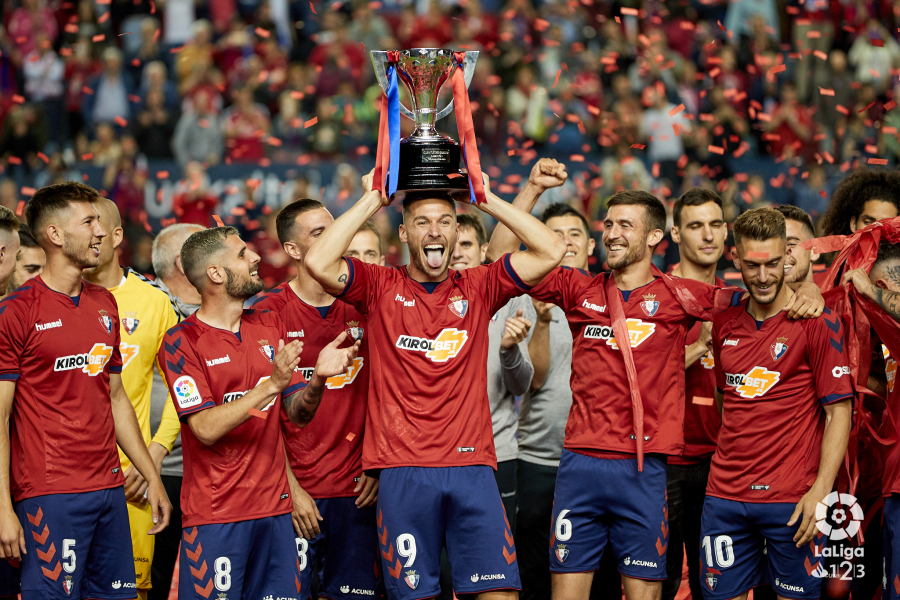 As the new season approaches, Spanish clubs are carrying out one of their most important campaigns of the year: season ticket renewals. With a range of digital channels, partner companies and formats to choose from, there is an opportunity to get creative.

A well-executed campaign can be the key to winning new followers and filling the stadium, while strengthening relationships with existing fans. LaLiga Santander newcomers CA Osasuna and RCD Mallorca, Valencian side Villarreal CF and LaLiga 1l2l3 outfit AD Alcorcón are well aware of this fact and have invested significant energies into creating promotions that are making impact.

RCD Mallorca: Consolidating the fanbase
After six years away from the top tier of the Spanish footballing pyramid, RCD Mallorca is back. The support received in the final months at its Son Moix Stadium was particularly important to this achievement and the club is determined to continue that energy into 2019/20.

To promote the 2019/20 season tickets, the Balearic island club launched a video that tells the story of its recent turbulence as well as highlighting travel options to the ground. Showing a plane struggling through stormy weather, in then emerges into the bright skies of LaLiga Santander, displaying a map to the division’s stadiums, in association with partner Air Europa.

Alongside this, the club is offering one of the most affordable season ticket packages in the league with prices between 65 and 450 euros for renewals and between 145 and 550 euros for newcomers.

CA Osasuna: The magic of El Sadar
CA Osasuna’s campaign promotes its famous El Sadar stadium, which played a key role in the Pamplona club’s promotion to LaLiga Santander in 2018/19.
With emotional music in the background, a video released by the club for this summer’s season ticket campaign shows some of the most memorable moments from the team’s promotion journey.

The fact that redevelopment work is being carried out on the stadium means that capacity will be slightly reduced for the upcoming season, making it particularly important to maintain existing season ticket holders. Offering exclusive supporter cards, which provide preferred status for the following 2020/21 season, entry to women’s football matches and a host of merchandise and transport discounts, is an important part of these efforts.

AD Alcorcón: Anticipation in the city
In a summer where there has been a change of ownership, the new bosses at LaLiga 1l2l3 side AD Alcorcón are keen to encourage the local population to back the team. In this vein, the club’s season ticket campaign features residents of six surrounding neighbourhoods (Centro, Valderas, Retamas, Parque Lisboa, Ensanche and Ondarreta) that make up the city of Alcorcón, promoting them as if they were players in the squad.

“United for a new hope,” is the message of the video, as the club tries to engage as many of the 170,000 people who live in Alcorcón as possible to sign up for the 2019/20 season. It is hoped that this video, along with the prices between 65 and 425 euros for renewals and between 150 and 450 euros for new season ticket holders, can fill the Municipal de Santo Domingo Stadium.

Villarreal CF: Getting the fans hooked again
The objective at Villarreal CF is to encourage locals to back the team as they embark on a seventh season in a row in the top tier. It aims to do this through continuing its ‘Very Yellow People’ membership programme, with four new promotions for the 2019/20 season.

Firstly, there are rewards for regular attendance including ‘Gold’ membership for fans who missed three games or less in 2018/19. Secondly, there are 50% discounts for fans up to the age of 25. Thirdly, anyone who has previously been a season ticket holder in the past decade can receive a discount. Finally, four additional match tickets are available to all those who purchase season tickets so that they can invite friends along to a game.

With the club confirming that 82% of its members attended more than 75% of home matches last season, it is an approach that is clearly seeing success.