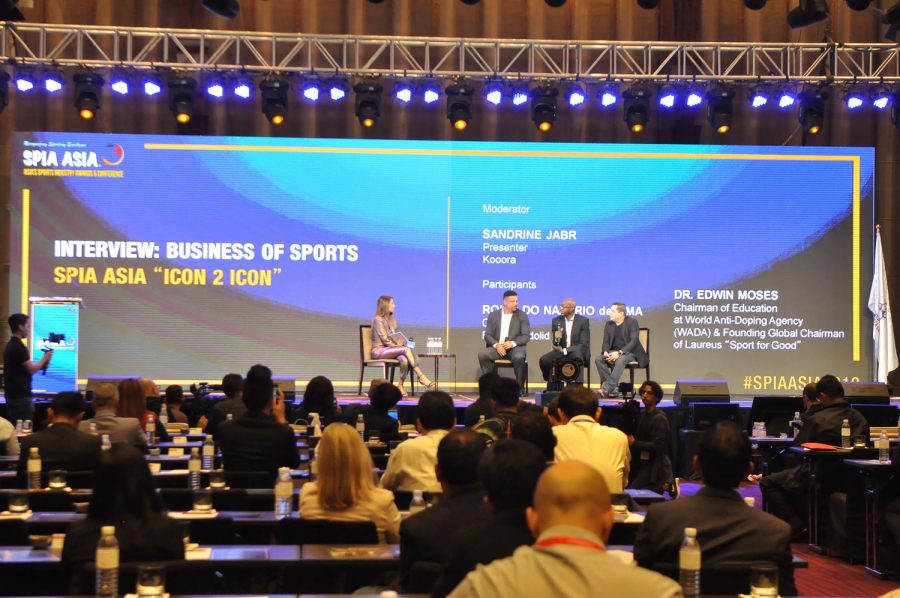 How Spanish clubs are growing in Asia with LaLiga’s support

As the clubs of LaLiga become increasingly international, more and more of them are developing strategies for the Asian market. The league is gaining popularity across the continent with its Asian audience growing by 70% in the past three years, which has propelled clubs to work on new initiatives to establish themselves in the market.

Establishing a physical presence in Asia is particularly important to creating a growth strategy. This has been exemplified in the frequent trips clubs are making to Asian countries. This month, directors from Real Valladolid, Valencia CF and Real Mallorca spoke at the SPIA international congress held in the Philippines about the growing importance of the market to their respective brands.

Ronaldo Nazário, the legendary Brazilian striker and president of Real Valladolid, appeared in person at SPIA 2019, visiting the continent where he was the star of the 2002 World Cup. “We are changing many things in our club and one of them is our international reach,” he said. “We are starting to work internationally. We want to be well-known and have people fall in love with our brand.”

David Espinar, the director of the president’s office at Real Valladolid, echoed Ronaldo’s points: “We want to continue to open up to the world and to help people to get to know our club,” he said. “We want to make connections who turn into fans. That’s why Real Valladolid also looks towards Asia.”

Espinar noted the support that LaLiga provides to clubs as they begin expanding internationally: “Last season, for example, we held an immersion trip to India which LaLiga supported and helped us with,” he said. “Clubs are now thinking globally and it’s made simpler when doing it alongside LaLiga.”

Some of these strategies have proved very successful for Spanish clubs. Eibar, for example, has made trips to and agreed collaborations in Japan, where it became the third-most-watched Spanish team in the country after Barcelona and Real Madrid. RCD Espanyol de Barcelona has seen its Chinese following grow dramatically in the past year following the signing of Wu Lei and it has supported this by holding in-market events such as a Shanghai viewing party for the Catalan derby last season.

Many other clubs have joined some of Asia’s most popular social media platforms including Naver, Weibo and TikTok. LaLiga’s digital department has been instrumental in helping clubs to create these accounts and manages content creation for 17 sides in the region.

As Valencia CF’s commercial and strategic coordinator Josep Borrell explained: “Asia is a strategic continent for us. We achieved millions of viewers last season and we already have 1.4 million followers in Asia on our social networks.”

“We’re growing a lot in China and South Korea but our focus extends to other markets too. The first thing we’ve done is to get to know our fans in these markets and to then plan growth initiatives,” he added.

At Real Mallorca, Japanese teenage sensation Takefusa Kubo joined on loan from Real Madrid and the effect on off-the-field activities was immediate. “With the arrival of Kubo, we’ve opened up to Japan and there’s a lot of interest there,” explained Real Mallorca’s communications director Albert Salas. “Opportunities are starting to come up that we want to make the most of.”

On-the-ground LaLiga support
The local presence of LaLiga in these markets is an advantage in these pursuits. “For a club like Real Mallorca, LaLiga’s help is very important,” Salas added. “LaLiga accompanies us on our international expansion and we’re able to make the most of its delegates and international offices.”

In Asia, LaLiga currently has offices in Singapore, China and India, as well as 12 delegates working permanently in the Philippines, Vietnam, Malaysia, Japan, South Korea, Hong Kong, Indonesia and Australia, among other territories. In addition to agreements with local sponsors and specific social networks in several Asian countries, the league has also signed numerous agreements with local leagues and federations.

“For us, it’s very important to bring different markets closer to the clubs,” explained Ivan Codina, LaLiga’s managing director for South East Asia, Australia, Japan and South Korea. “We can represent them here and look for opportunities for them. All of the clubs have stories to tell and we want to ensure that these stories become known around the world.”