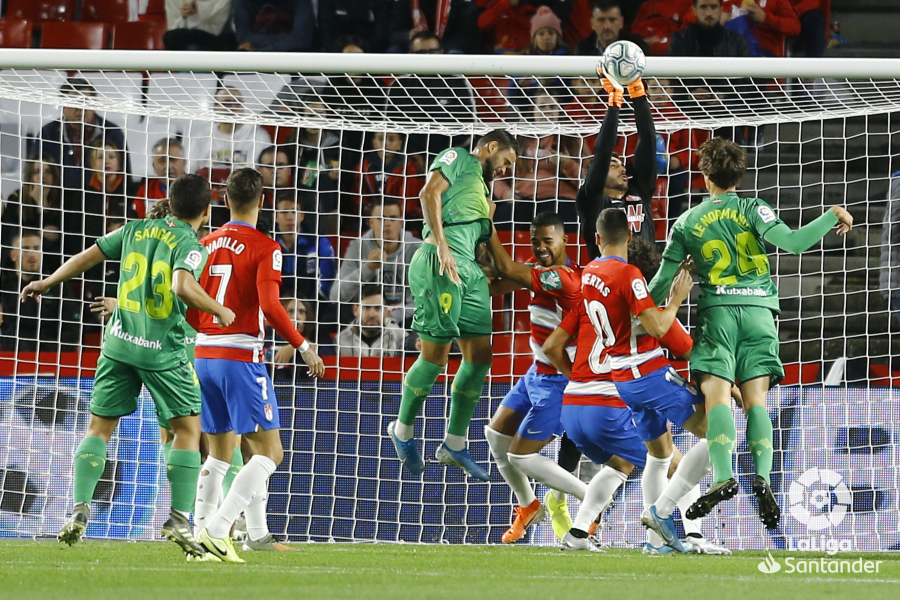 The secrets behind the most competitive LaLiga season of the century

One third into the 2019/20 season, LaLiga Santander is the tightest major league in Europe. After the first three months of action, the top five teams were separated by just two points, while there was a difference of just five points between first and ninth.

This is the smallest points gap since the 1998/99 season and this competitiveness has been illustrated by several shock results, such as Barcelona’s losses to newly promoted Granada and the victory of another newcomer, Real Mallorca, over Real Madrid.

As league president Javier Tebas explained, this is not a random occurrence but the result of a long-term strategy to strengthen all clubs equally, creating an unpredictable competition that is more entertaining for its audiences.

“It’s not just in terms of the league standings that things are equal,” he said. “We have balanced things in all aspects of LaLiga.”

Financial stability. Increased investment.
At a gathering of international media to discuss the first dozen games of the LaLiga Santander season, Tebas cited clubs such as Real Sociedad, Granada and Sevilla as examples of success. “To see these teams fighting at top of the table is a sign of the equality we are seeing,” said Tebas. “There are no easy matches.”

Two major factors have led to this, the president continued. The first is audiovisual rights income, which has tripled in value from €600 million a year €1.865 billion in the past four years. After centralising the sale of these rights in 2015, LaLiga was able to control the distribution of this income to all funds, ensuring that all clubs received a fair share.

The second factor, economic controls, is a unique initiative created by LaLiga that ensures clubs spend their money responsibly. All clubs of LaLiga Santander and LaLiga SmartBank now submit financial data for auditing by LaLiga, before agreeing to a spending limit for each season. Under these measures, clubs have been able to carefully monitor and balance costs, avoiding the creation of debt while allocating funds to new growth initiatives.

“Since we introduced economic controls to the league clubs have been able to reduce debt and increase income,” Tebas explained. “This has helped clubs to compete for star players, keep talent from their own academies and invest in new growth projects.”

Concerning these growth projects, LaLiga also plays an active role, with all clubs receiving access to its internal team of experts.
For example, LaLiga’s digital and apps departments offer clubs platforms and templates to build their brand on digital channels, with a view to building their international following.

“We are helping clubs to reach new audiences and win new fans,” Tebas said. “By bringing them insights from our business intelligence and analytics department they can understand their fans better and using our digital tools they can create new apps or strategies to engage them. We are making good progress in this area.”

As clubs increase their use of digital channels, they are accumulating more and more data about how their fans want to interact with them. For Tebas, this marks the beginning of an exciting period of new growth for clubs. “They can learn the behaviours of their fans and their consumption habits”, he noted. “This can help clubs carry out data-driven marketing and we are helping to point them in the right direction.”

Sharing the model across Europe
All this expansion ultimately improves the bottom line for clubs, creating a culture of business growth and bringing the smaller-sized and medium-sized teams closer to the biggest powers of LaLiga.

That extra spending power can be translated into results through the purchase of world-class players, the hiring of quality coaches and the improvement of training facilities. Coaches then feel increasingly confident to employ bolder and more varied tactics, even when visiting the Camp Nou or Estadio Santiago Bernabéu, which makes every match worth tuning in for.

For Tebas, this is how a competitive and unpredictable league is built. It is a model that the president is keen to share with other competitions across Europe. “We want to see strong domestic leagues sharing money equally among their member clubs,” he said. “It’s better if all leagues are stronger and we collaborate with many competitions to make this happen.”