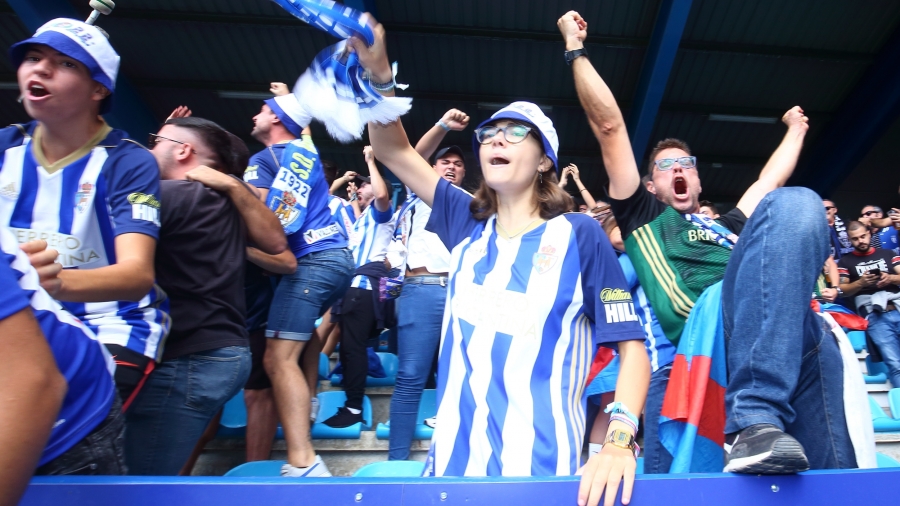 SD Ponferradina are celebrating the club’s centenary throughout 2022. While looking back to the past , they are also aware that future success depends on betting on growth.

“We’ll offer experiences where the fan can be the protagonist and to share this,” said Javier Jiménez, the club’s Director of Innovation. “But, we won’t just offer experiences to fans, as we’ll also provide them for sponsors and collaborators who want to reach them in an innovative and disruptive way.”

SD Ponferradina will use ImagineAR technology during the year of the Castile and León team’s centenary and beyond.

Jiménez added: “The objectives can't be just for the short term. At SD Ponferradina we think in the medium and long term, and what better example than to have reached 100 years of age. In Spanish professional football, it's essential to be constantly innovating. We need to offer valuable experiences to fans and promote ourselves outside our area of influence to attract new fans. These objectives, with the support of LaLiga, are only possible through innovation.”

The key for all clubs is, as Jiménez pointed out, to attract new supporters at the same time as improving engagement with the current fanbase.

Jiménez continued: “On the one hand, we want to offer added value to our fans to strengthen their link with SD Ponferradina through new technologies. The fact that they can have, for example, an AR video interacting with one of their idols, and feel proud enough to share it, will undoubtedly strengthen this fan-club bond.  On the other hand, we want to make ourselves known outside the region of El Bierzo and attract fans internationally. For this, the digital world is the best option. AR provides a way to generate as realistic as possible experiences of interaction between fans and the club’s assets, when it’s otherwise not physically possible to have that.”

There are various other examples of how SD Ponferradina have embraced digitalisation to boost fan engagement.

"We are going to launch our centenary museum in digital format and celebrate our 100 years in the Decentraland Metaverse. In addition, we want to recreate our stadium also on this platform with different experiences for season ticket holders in the metaverse (via NFTs). We are going to create a utility token so that our fans, and the potential fans that we can attract thanks to this option, can get involved in certain decisions in the running of the club and enjoy the advantages on offer to the token holders".

Finally, Jiménez said that SD Ponferradina will soon announce the launch of a "business club in which, among other things, the members will be provided with a networking tool."