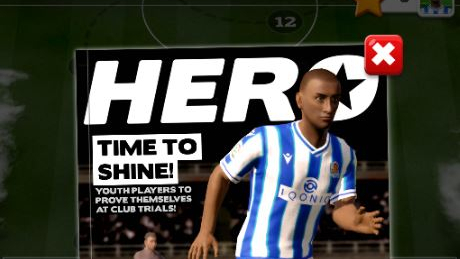 Mobile gaming fans around the world will get new exposure to LaLiga clubs thanks to the global launch of “Score! Hero 2”, the sequel to the original and renowned hit “Score! Hero” which now features licensed teams from LaLiga Santander.

The original Score! Hero has been a feature of the mobile games market for more than five years, achieving over 300 million downloads around the world and with millions still playing the game every day.

Score! Hero 2 builds on this legacy with a host of enhancements, the pinnacle of which is the introduction of real teams licensed from the best leagues across Europe.

Through a new three-year licensing agreement with the game’s developers First Touch Games (FTG), all 20 clubs from LaLiga Santander will be included in the new game. The inclusion of official kits and team names will be a cornerstone of the user experience and will provide new opportunities for global fans to discover the clubs of LaLiga.

Oscar Mayo, LaLiga’s director of business, marketing and international development said: “Tens of millions of fans around the world have already discovered LaLiga through our digital ecosystem, including our official apps, games, OTT platform and content. Partnering with FTG is an exciting way to broaden this visibility through one of the world’s most popular football games, which will be made even more immersive and engaging as a result of having fully licensed teams.”

Charles Chapman, CEO of FTG, added: “We are thrilled to be partnering with LaLiga for the launch of Score! Hero 2.  LaLiga embodies everything that is special about football, showcasing the highest skill, quality and enjoyment that anyone will see anywhere in the world.  It is these qualities that we aim to bring to Score! Hero, underpinning its success for many years to come.”