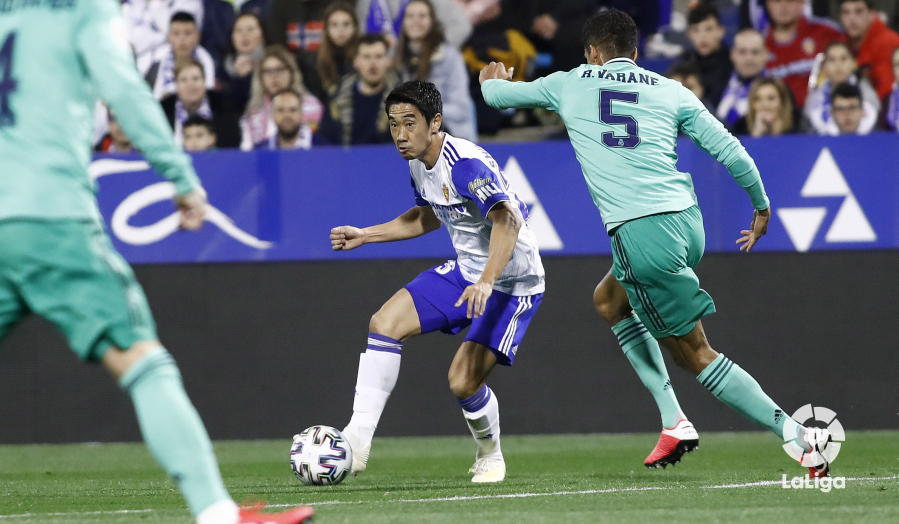 Real Zaragoza, based in the Aragon region of Spain, has historically been associated with the top of Spanish football having spent 58 seasons in LaLiga Santander. Currently playing in LaLiga SmartBank, it is heavily focused on returning to the top division of Spain and this ambition was exemplified last summer with the signing of former Borussia Dortmund and Manchester United player Shinji Kagawa.

Having won league titles in Germany and England, Kagawa is a globally recognised name and his arrival at La Romareda has seen the interest in Real Zaragoza grow exponentially in Kagawa’s home country of Japan. With another Japanese footballing star, Shinji Okazaki, having joined fellow Aragonese side SD Huesca, this created a unique opportunity for the tourism board of the Aragon government to take advantage.

Bringing Japanese visitors to stadiums in Aragon
With the aim of attracting more tourists from Japan, Kagawa and Okazaki have become the poster boys of the region, appearing in promotional videos in which they visit some of the landmarks of Aragon and enjoy the local cuisine.

Through this collaboration, Real Zaragoza has also had representation at tourism trade shows like Tourism Expo in Osaka and FITUR in Madrid and have been able to meet with tour operators and travel agents. This alliance has also allowed for the creation of 360º virtual reality experiences, combining footballing trips with exploration of Aragon as a whole.

“The main purpose here is to join forces to achieve a shared objective, which is for more Japanese tourists to visit Aragon and for them to come to our stadium, La Romareda,” stated Real Zaragoza’s Commercial and Marketing Director Carlos Arranz. “This collaboration is mutually beneficial as fans come to see the player and to attend a match, while they also combine their stay with time spent exploring a region that was unknown to many of them until last summer.”

Securing return visits
Those who have already travelled to Aragon to see Kagawa or Okazaki playing in LaLiga SmartBank have been impressed with what they’ve seen. “Visitors have been amazed by the quality of life, by the friendliness of the Aragonese people and by the local cuisine,” said Arranz. “They’ve enjoyed the activities that were organised, such as visits to the Aljafería Palace, while also engaging with the story of our club.”

Having begun the initiative in late 2019, the club is already seeing repeat business. “Some of those who came here in autumn have written to us to tell us that they’re going to come back to Zaragoza in spring,” Arranz revealed.

The club’s focus on the Japanese market is relatively recent but the results are already clear to see for the local tourism board. Activities have been designed around the nature, artisan products and tranquillity of the region, along with visits to the region’s football clubs.

The initial positive results of the collaboration are prompting new ideas, with plans for a Japanese youth football team to visit Aragon in March. As the partnership develops, Real Zaragoza stands to benefit by expanding its global brand, strengthening the club while stimulating the local community at the same time.