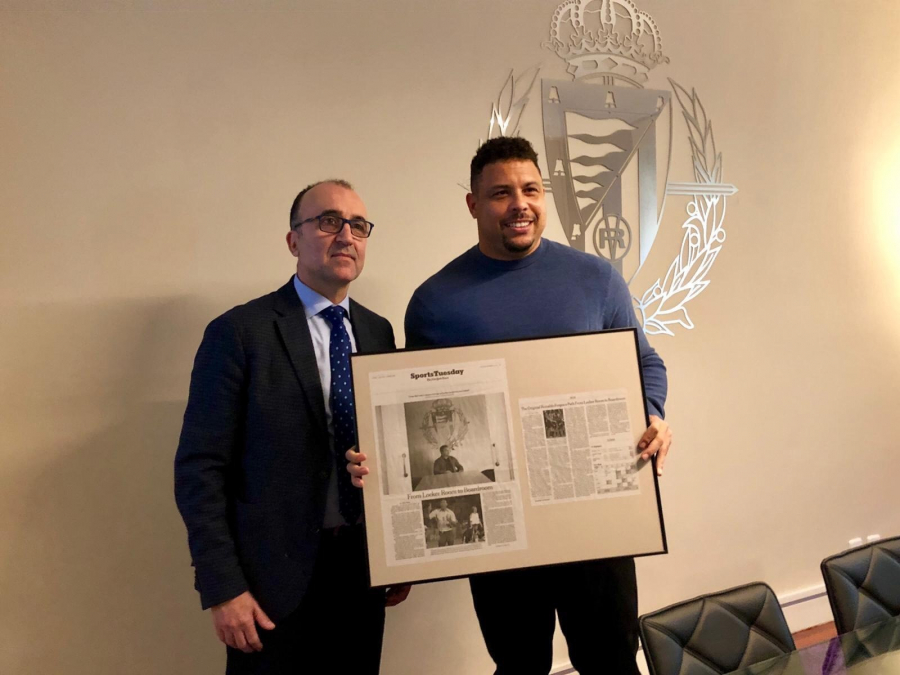 Real Valladolid is in a busy period of expansion both within Spain and internationally. Under the leadership of their new majority shareholder and President Ronaldo Nazário, the White and Violets have increased their ambitions to a level that you may expect of one of the world’s greatest ever footballers. The pursuit of commercial opportunities has therefore become a central focus for the club and this will be helped no end by a new office in the city centre of Madrid.

The club has a stated desire to remain true to its roots in Valladolid, in the northern region of Castile and León, maintaining and respecting the relationships it holds with local institutions, while at the same time opening up to new and exciting national and international opportunities. The office on Calle Serrano in the Spanish capital helps achieve both of these aims. At a distance of 160km from Valladolid, Madrid is within relatively easy reach of the club, with the added benefit of having a base in one of Europe’s main business hubs.

To accommodate this new location, the club has shaken up its internal structure to bring in 25 employees, several of whom are already working in the Madrid-based office. “It’s producing incredible results when it comes to planning for the future and when it comes to attracting lots of major brands,” Ronaldo explained during a press conference.

The fact that Ronaldo, a global footballing icon, was interviewed by the New York Times at these new offices provides a further example of the club’s growing reputation on the international stage. To build on this, Valladolid has also launched an English language Twitter account.

While new markets are being discovered, local projects will remain at the heart of the club’s growth and there are ambitious plans to redevelop the stadium and to build a new sports city. “We need to wait for two to three months until a study is completed,” Ronaldo said of the stadium project, although he was able to reveal that the capacity of the Estadio José Zorrilla will rise to 31,000.

With Real Valladolid also determined to produce their own talented players, the investment in the academy and training facilities will be similarly important. There will be two sites for the sports city, with one right next to the stadium and with further training pitches in the Pinar de Jalón area of the city.

Given all of this investment in the club’s local and national plans, it’s clear that Real Valladolid intend to deliver on the ambitions of its new President. For Ronaldo, thoughts have already turned to the legacy that this will leave for the future. “With this project the club will be able to continue its history and improve its history,” he concluded.