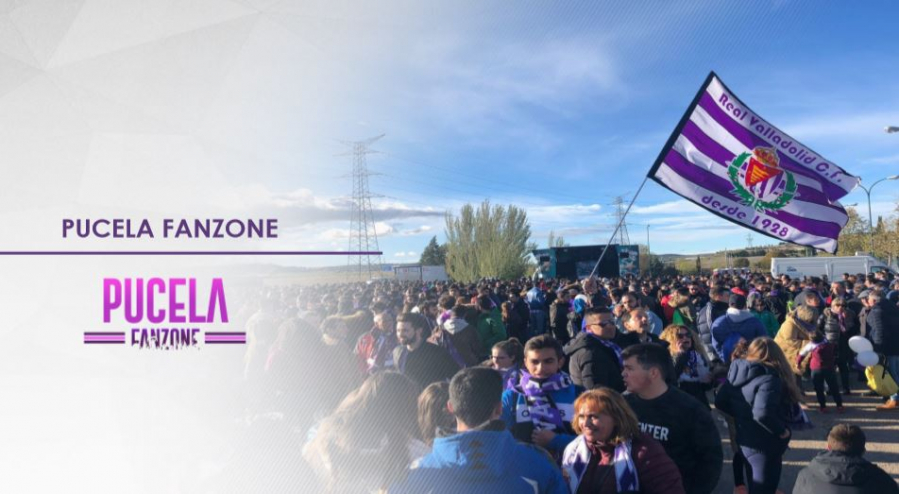 A growing number of clubs are offering their supporters new and unique experiences during their visits to stadiums as they seek to extend the matchday experience beyond the 90 minutes on the pitch.

Real Valladolid is one of the latest clubs to offer something fresh and has created the ‘Pucela Fanzone’ at its José Zorrilla Stadium in order to enhance the relationship between the club and the fans and boost the sense of community.

The name for the fanzone, located in an area of more than 12,000 square metres, is based on the club’s nickname of Pucela, a word used to refer to the city of Valladolid. It was launched at the end of the 2018/19 season when the team faced Real Madrid, attracting over 8,000 people. Numbers have stayed consistently high since then, with a mix of young and old fans savouring the atmosphere before kick-off at home matches.

The idea arose after working LaLiga as part of a unique project involving sports consultants G2 Strategic. The project encourages LaLiga clubs to innovate and to invest human capital in order to improve the matchday experience and boost revenues. In total, nine clubs have come together to discuss the issues of increasing demand for tickets, of retaining match-goers and of improving the quality of the fan experience.

As one of the clubs taking part, Matthieu Fenaert, CEO at Real Valladolid, understands the benefits of LaLiga’s collaboration with G2 Strategic. “G2 Strategic’s vision and experience will help us to transform our offering for the entertainment, content and experience industry,” Fenaert said. “This new way of getting closer to our fans will make a difference in the market.”

Entertainment for the entire city
Elaborating on the launch of the ‘Pucela Fanzone’, Fenaert explained: “The club wanted to expand the fan experience on matchdays by creating a meeting point with a good offering of activities.”

He continued. “We want to be a reference point for leisure in the entire city of Valladolid, not just for the fans of the club. That’s why we’ve varied the activities on offer at the fanzone, from offering live music with bands and DJs to other shows involving freestylers and magicians that have been well received. We’re also considering many other cultural activities for the future.”

So far, the high attendance numbers prove that supporters are enjoying the chance to unite before a game, while an added benefit is that they are turning up to the ground earlier than usual and therefore, creating less congestion at the turnstiles.

For the club, there has already been an economic boost. Fans have been purchasing more food and drink on matchdays, while there have also been extra sales in the stadium’s official club store as match-goers buy items like shirts and scarves in the team’s famous white and violet colours. “It is very good,” remarked Fenaert.

Real Valladolid is not resting on its laurels and has new plans to make the ‘Pucela Fanzone’ even better. It is considering giving some space to sponsors and adding more interactive activities for its visitors. Another project being considered is the creation of a club museum to generate enthusiasm among younger fans and strengthen the bond with existing supporters.

With the help of LaLiga and experts such as G2 Strategic, Real Valladolid is making the most of the club’s potential as it continues to grow in LaLiga Santander.