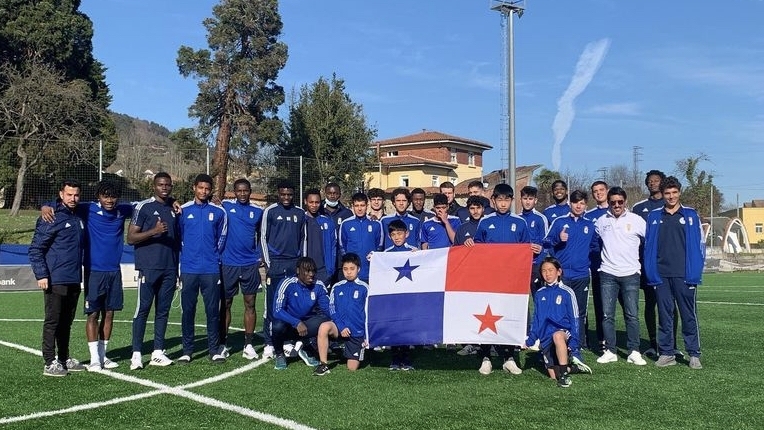 Real Oviedo is a club with a truly global fanbase, as supporters tune in to the team’s LaLiga SmartBank matches from all around the world. One of the countries where there are many Oviedistas is Panama and the club has launched a new project there thanks to an agreement between the Real Oviedo Foundation and the DFT Foundation.

The two charitable organisations will run daily football skills programmes for approximately 80 youngsters from areas of high social risk, helping to guide them towards professionalism by using the Spanish club’s own training methodology. The two most promising talents will even have the opportunity to travel to the city of Oviedo for a month's stay with the club’s academy.

As César Martín Villar, the director of the Real Oviedo Foundation and of the club’s institutional relations, stated: “Knowledge sharing is essential to collaborate and expand sporting development models. Real Oviedo will provide coaches from our youth academy, who’ll share their knowledge and working methods, as well as real life experiences, with local coaches. The aim is for Real Oviedo to become a mechanism for changing lives, doing so through football and its values.”

The club has long had a strong connection to Panama. There are many reasons for this, such as the fact that Julio Dely Valdés, a legendary former Real Oviedo forward, and Yoel Bárcenas, a winger who played at the club just two years ago, are both from the country. Another former Real Oviedo player, Thomas Christiansen, is the current coach of the Panama national team. The club even has a fan group in Panama.

Discussing these links, Martín Villar said: “All of these factors led us to launch this exciting project in Central America, as we know that Panama has talent and we can export Real Oviedo's working methodology and expand our brand. Moreover, the project in Panama has a social component, supporting youngsters from high-risk social areas to steer them towards the professional level.”

He continued: “Of course, this link with Panama won’t be a temporary thing. This is a medium-term to long-term project that will lead to more initiatives for the development of Panamanian footballers, focusing on the most disadvantaged sectors to transform their paths through football and to prioritise social inclusion. The plan for the Real Oviedo Foundation is to open its own academy in Panama in the medium-term.”

This is a significant programme, but it isn’t the only international initiative that the Real Oviedo Foundation has been working on. For example, the foundation has organised a football school in Nigeria, offered accommodation and support to Ukrainian refugees and even collaborated with the DFT Foundation on other important projects in Latin America.

Discussing these initiatives and the impact they have in promoting the club’s image abroad, Martín Villar concluded: “The project that the Real Oviedo Foundation, together with the DFT Foundation, is developing in Panama is another on the list of alliances and agreements we have with different partners and academies around the world. The international arm of the Real Oviedo Foundation has grown exponentially in recent months, allowing the club to expand its brand and to highlight the working methodology that has been developed in Oviedo.”