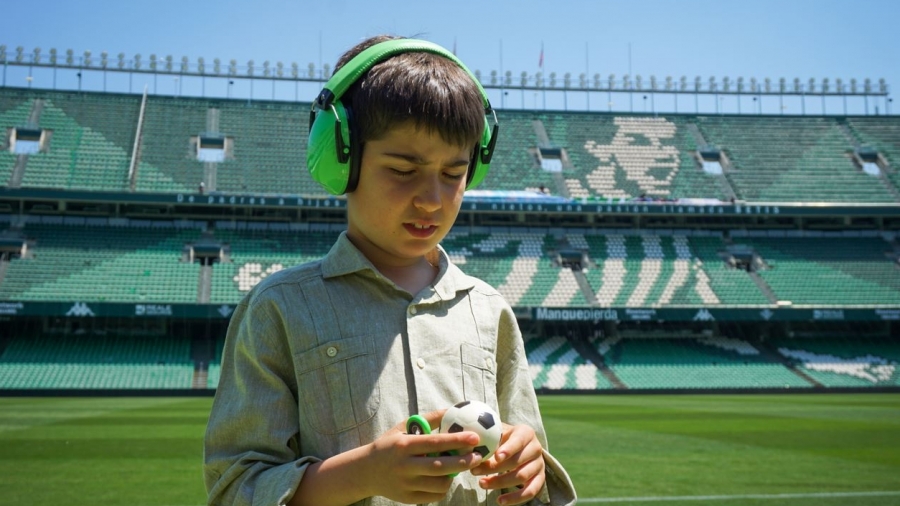 Real Betis are one of the most-supported teams in Spain and those in charge of the club want every single fan to be able to access and enjoy the Estadio Benito Villamarín on a matchday. To achieve this objective, the club created its Disability Department in 2016 and the staff there have implemented various initiatives, most recently the provision of free sensory kits for fans who have autism spectrum disorder (ASD).

These kits are completely free and include noise-cancelling headphones, stress-relieving toys, an identification badge and a special stadium map. From next season, they’ll also come with easy-to-read and easy-to-follow matchday guides. By offering this service, Real Betis have become a pioneer in looking after fans with ASD and have received messages of congratulations from various Spanish institutions and associations for the disabled.

Discussing the programme, Pilar Castillo, the head of the club’s Disability Department, reflected: “We want all our fans, without exception, to be able to enjoy visiting our stadium and we think this has been a decisive step towards the inclusion of this group. It was very gratifying to see the enthusiasm and joy with which some of the children and their parents received these sensory kits.”

The kits were trialled in the recent Real Betis vs Granada CF match in LaLiga Santander and the programme will be expanded for the 2022/23 season. On the initial level of interest, Castillo added: “Ever since we announced that we were going to provide these sensory kits to our fans, we have been receiving many requests and messages from people who are interested. Already, we have 25 fans with ASD signed up. Next year, though, there could be even more than these 25 Béticos, since autism is a disability that has been leaving so many fans at home, for fear of becoming stressed by the atmosphere and the tension of such a crowded event.”

There are also many other services that Real Betis provide on matchdays through the club’s Disability Department. For example, to help wheelchair users, the club installed more ramps, launched a wheelchair loan service and allows wheelchair users' carers to attend matches free of charge. Furthermore, they have doubled the number of elevators in the stadium and launched a free service through which wheelchair users, older fans and those with restricted mobility can be accompanied to their seats by a volunteer.

Real Betis have even collaborated with city rivals Sevilla FC, with the Pablo de Olavide University Sevilla and with FAMS-COCEMFE on a new audio description project for visually impaired people who attend sporting events.

All of this has achieved the objective of encouraging more and more fans to attend matches at the Estadio Benito Villamarín. In 2016, Real Betis had 800 season ticket holders with functional diversity and 28 in wheelchairs, but that has increased to 1,233 with functional diversity and 52 in wheelchairs over the six years of the efforts of the Disability Department. “This increase is due to the structural improvements that have been made to the stadium and the creation of new adapted services,” Castillo said. “We want these figures to keep going up and we’ll work hard to ensure they do.”

All of Real Betis’ success in this area is something that the club is very proud of, as much as any achievements on the pitch. As Castillo concluded: “Real Betis will always work to try to offer the fans the services they deserve, aiming to pay back to society everything the club receives from it. This is why the club doesn’t only want to be recognised for its sporting achievements, as we also want to be appreciated for the impact we can make in society and we believe we are increasingly being recognised for this social commitment.”