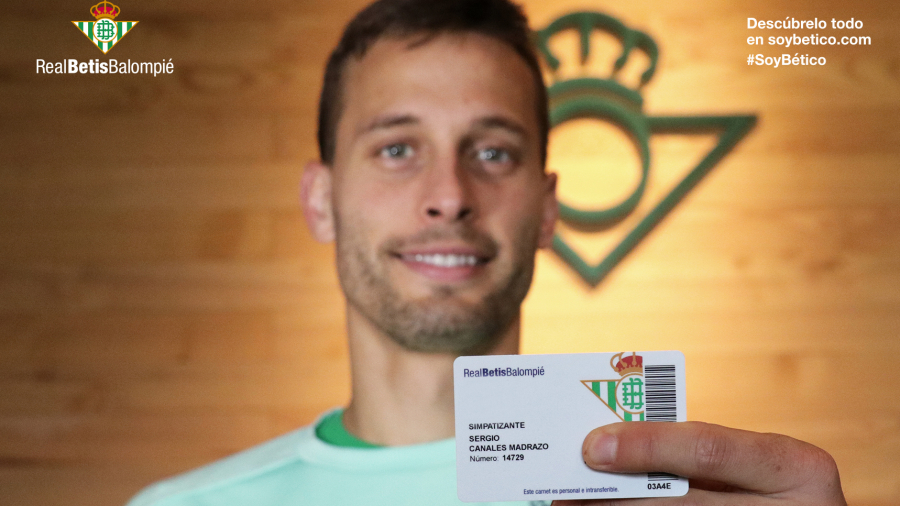 Real Betis enjoys a huge following in its home city of Seville but for many years it has worked to grow this fanbase beyond Spanish borders. As part of its internationalisation strategy, the club aims to spread excitement for the verdiblancos as well as business returns, something it is achieving through the ‘Soy Betico’ membership card.

The initiative was launched earlier this season with the aim of offering fans around the world a more exclusive and personal link to the club. For a cost of 30 euros, card holders receive a range of gifts, experiences and discounts.

Already more than 3,000 fans have signed up, with the club expecting to reach more than 5,000 by the end of the season.

How Real Betis brings its club closer to international fans
The idea to launch a paid membership is rooted in a three-part internationalisation project that Real Betis has developed over many years. "On the one hand, there is the digital approach, which allows international fans to experience what happens inside the club with fresh and accessible content," explained Ramón Alarcón, general business director at the club.

"The second part is sporting projects, through our international academies and campuses and international trips by the first team," he added.

“Finally, we work on creating the Betis brand at the commercial level, reaching strategic agreements to bring the club closer to the fans and find synergies with brands with a large presence in the destination country that allows us to keep growing."

The main advantages of the ‘Soy Betico’ card
The ´Soy Betico’ card fits precisely into the club’s global brand building initiative, with opportunities for fans to get closer to the club and partner businesses.

To begin with, the holder receives a welcome pack containing the physical card, a book on the club’s history, a personalised facemask and a lanyard. Beyond this, card holders get priority in the waiting list to become a season ticket holder along with other personal rewards, such as a birthday message from one of the club’s players.

At the commercial level, holders can enjoy discounts for the club stadium tour, official club merchandise or monthly prize draws for exclusive experiences. They also receive access to the ‘Inspiring Benefits’ portal, which features heavily discounted goods and services from over 400 companies.

Looking ahead to the return of fans to stadiums, card holders will also be able to buy two tickets to a league or cup match at half price, with additional discounts to see other clubs within the Real Betis family, namely women’s football, youth football, futsal, basketball and competitive gaming.

Growth in Mexico, with further developments to come
The 'Soy Betico' card is open to fans from anywhere in the world and the club noted that a significant amount of interest has come from outside its own city.

"The highest demand has come from Catalonia, the Basque Country, and Mexico," Alarcón, noted.

The presence of two Mexican players in the squad, Diego Lainez and Andrés Guardado, has undoubtedly added to the club’s appeal in the country. But through initiatives such as Soy Betico, the club is building a more detailed understanding of the market and delivering campaigns that resonate more strongly.

"It serves as an identifier and complements the information we already have about our international followers," Alarcón added.

The possibility of new markets and partnerships
One key insight that has been underlined by the campaign is that the influence of Real Betis extends far beyond its immediate surroundings.

As its international fan base expands, the club will continue to explore new territories in parallel, using the momentum it has generated so far to enter new markets and create new commercial opportunities.

"If the card is particularly successful in a market, the club will commit to making itself more accessible there, conversing with fans on a day-to-day basis to show them we are present,” concluded Alarcón. "From there, we can work on new alliances."