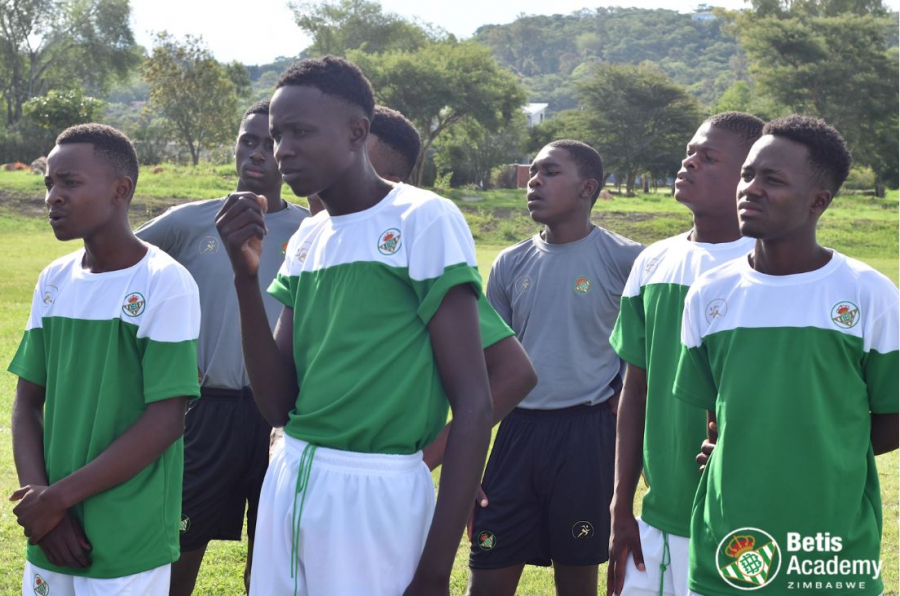 With the support of its international business development department, Real Betis is pursuing a global education project through football. Its objective is not just to develop new playing talents but to provide access to good education and fight against marginalization and social exclusion.

Already, more than 1000 boys and girls outside of Spain have had the chance to train under the club's methodology. At the same time, by arriving in new countries and setting up such projects, the club is in a better position to develop commercial activities in these markets and expand its brand.

“Real Betis is attracting greater interest from outside of Spain and this contributes to expanding our brand through football,” explained Ramón Alarcón, general business director of the club. “We want to transmit our values, our colours, our ways of working, everything that represents Betis, into a methodology with which all of our youth teams work.”

New project in Baghdad will benefit 400 boys and girls
During recent seasons, the club has developed its international expansion projects with the launch of different football projects all over the world. Its training programmes are operational in Reno, Fresno and Lemoore (United States), Mexico City, Toluca, Monterrey, Guadalajara (Mexico), Fez (Morocco) and Wenzhou (China).

In January, the first Betis football school will open in Baghdad (Iraq), with the aim of developing grassroots football in the country through the club's methodology. The complications of the pandemic have not stopped the internationalisation of the club but owing to the current situation it has modified the initial launch of the project to an online format. When the health situation permits, a coach will take over activities in person.

This project will be rolled out at the Faculty of Sports Sciences of the University of Baghdad and will give 400 boys and girls the chance to soak up the history and values of Real Betis, in addition to benefiting from the implementation of the working model that the club establishes in its academy. There will also be a chance for players to travel to Seville to enjoy Betis VIP experiences.

Zimbabwe: a starting point for growth in Africa
At the same time, the first Betis football school on the African continent is about to get underway in Harare, capital of Zimbabwe.

From here, the club plans to launch a series of new initiatives in the African country to extend the Betis brand in Africa. Initially, it will provide hundreds of young people with an elite football education programme.

“The idea is to convey the footballing style of the club and the values that characterise us, such as unwavering faith, the ability to overcome, knowing how to stand up in the worst moments and the connection with people,” Alarcón noted.

Alarcón added that promoting this type of project carries significant weight from a sporting and social point of view. "In this exceptional situation, agreements like this make us especially excited and fill us with optimism, since they show us that both the club and its partners around the world work so that young people can enjoy football," he argued.

Growth strategy defined according to the territory
“Within our international expansion plan, we know there are different levels of action required depending on the country we’re in,” Alarcón continued. “There are markets where player training and education is more important, such as China, Africa and Southeast Asian. However, in the United States and Mexico, the sporting projects focus more on brand expansion.”

The club chooses the markets to enter based on carefully established criteria. “First of all we consider the growth that LaLiga has had in that territory, as we are going to work side by side with the competition,” said Alarcón.

“Another very important characteristic is the audience and the number of followers that we have through our social media platforms,” he continued. “The players also play a relevant role, whether a current member of our squad or not, because they give us added local impact.”

The role of international players has been particularly important in Mexico, a country where Betis has seen strong growth in recent years. "Mexico is the country with the most LaLiga followers outside of Spain and at the same time it is a country where we have a lot of followers thanks to having two Mexican players (Andrés Guarded and Diego Lainez) in the squad," Alarcón explained.

The club has detected an increase in the number of followers in the territories where it has developed its sports projects, while also attracting local commercial interest. This is aided by a spike in media coverage at a local level, which brings significant brand visibility to the club.

Real Betis is therefore focused on continuing the growth of its football schools with the ambition of being able to reach as many young people as possible in new territories.

"We want to continue working, advancing and growing with the idea of incorporating new academies,” concluded Alarcón. “At the same time we are looking to incorporate new local partners that allow us to continue growing in all lines of action."