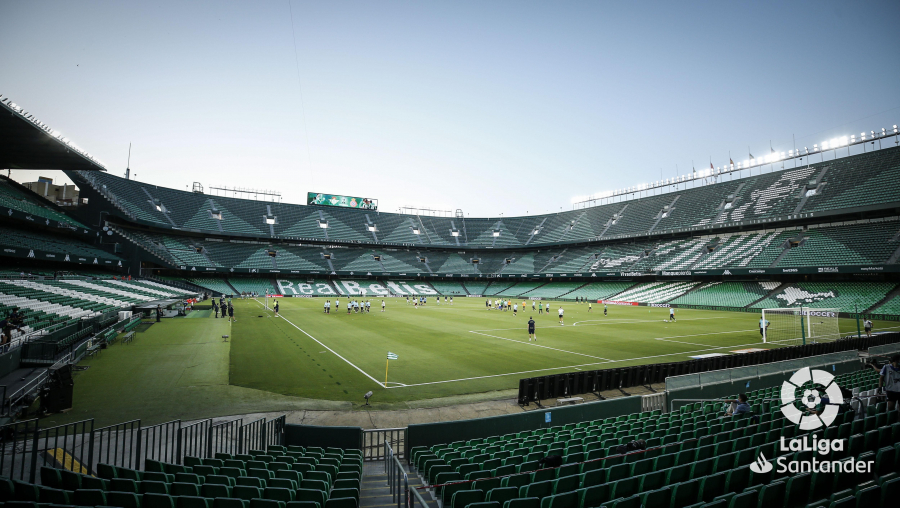 The stadiums of LaLiga Santander clubs are continually improving to bring fans new and more immersive experiences. Along with updating physical facilities, digital expansion has become a huge focus point as it enables the creation of new services that bring fans closer to the action. In Seville, Real Betis has become one of Spain’s first clubs to carry out the installation of a multi-operator 5G infrastructure, paving the way for a world of new innovations at the Benito Villamarín stadium.

The IT department at the Andalusian club has been incorporating new technology for some time as it aims to offer new experiences that can also boost club incomes. With the creation of 5G coverage, made possible through an agreement with Cellnex, it will become even simpler to develop new business models.

The opportunity to improve connectivity and interaction
As Antonio Jiménez, the IT manager at Real Betis, explained: “Just like at other stadiums in Spain, we’ve had coverage problems with different operators because of the huge gathering of users that takes place inside the ground. This saturates communication systems and can produce disconnections. This means that the club can’t interact with fans and that fans can’t interact with those outside the stadium.”

One of the issues with stadium WiFi, he explained, is that with 50,000 or 60,000 people using it at the same time there can be issues with bandwidth. However, that will cease to be an issue with the 5G being put in place. “There are no limitations stopping people from using the data that they have,” the IT manager said.

With the infrastructure put in place before 5G becomes broadly commercially available, the club is clearly focused on the future. “One of the things we wanted was to open up the range of possibilities to all the fans who have had connection problems,” Jiménez continued. “ That’s why we went for Cellnex with this distributed antenna system (DAS). We wanted an infrastructure for the future and not for the present. Even though 5G hasn’t yet been 100% rolled out, we think this is the future.”

Major advantages for fans
This project will allow any Spanish operator of any user who enters the stadium to connect to the infrastructure offered by Real Betis, which brings major advantages. “They’ll have excellent quality with any operator and it won’t cut out, allowing for a previously impossible level of interaction between the club and the fans,” Jiménez said.

He went on to outline some of the specific initiatives that can be launched due to this hyperconnectivity. “With this, the food and drinks service can be improved because you can work out exactly where a fan is seated and bring the food that they’ve ordered to them. There are other possibilities such as bringing video replays to fans or offering merchandise promotions at certain moments.”

The club had already brought technology into the heart of its stadium by enabling ticketless entry for fans via their mobile phone, while also allowing online season ticket exchange and renewal via the official club app. With its new infrastructure in place, the possibilities for new innovations will be multiplied.

“Technology is advancing at a rapid rate and it requires the correct connection in order to offer the best possible service,” he concluded. “With the installation of 5G technology in the stadium, you’ll be able to do this during those two-hour windows. This ensures that the fan experience inside the stadium isn’t only about going to see a football match, as it will be a much more complete experience.”