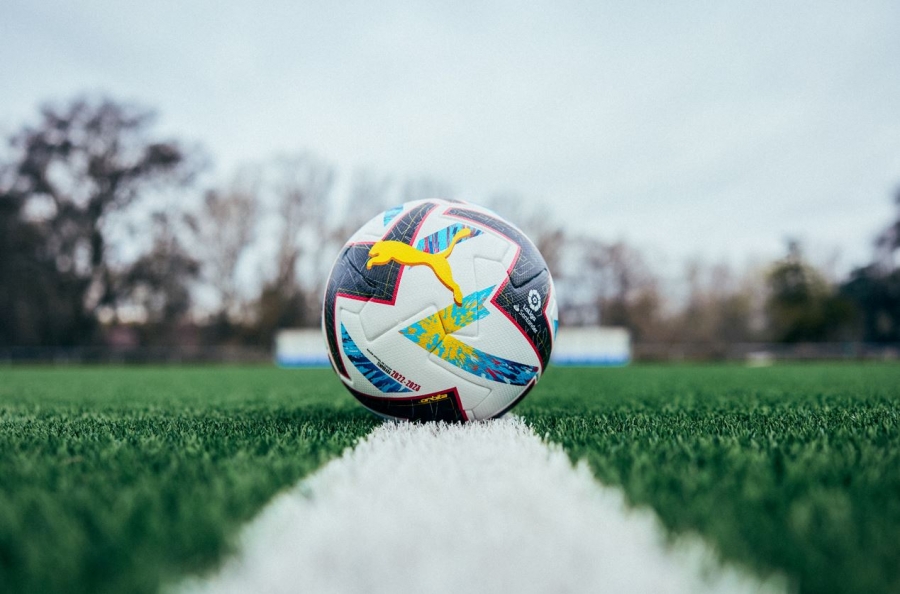 Sports brand PUMA and LaLiga present the official LaLiga Santander and LaLiga SmartBank match ball for the 2022/23 season, the PUMA ORBITA LaLiga. With powerful visuals inspired by the hypnotic effect of a kaleidoscope, the design proposal for the new ball accelerates the game in a world infused with football culture.

The Spanish event was held at the newly opened ‘LaLiga TwentyNine's’ restaurant on Madrid's Gran Via, which was restyled for the occasion and featured an interactive experience inspired by the new ball. Óscar Mayo, Executive General Director of LaLiga and Javier Ortega, General Manager PUMA, Southern Europe, were in charge of unveiling the major star of the 2022/23 season.

LaLiga's new official match ball reflects the healthy obsession that football provokes in all football fans, its attractive and hypnotic design means that 'when it's not in the feet, it's in the head', and remains in the minds of players and fans alike.

ORBITA is the centre of the game and doesn't vanish when the match is over, as it manages to transform the game into the greatest spectacle. In fact, the stars of the launch campaign themselves, PUMA players Jan Oblak, Antoine Griezmann, Memphis Depay, Stefan Savic and Yunus Musah, share their obsession with the ball and how they can't get it out of their heads.

The design of the ball for the 2022/23 season features an attractive colour scheme with white as a base and striking shades such as fuchsia, blue and yellow as a contrast, ensuring excellent visibility of the ball's trajectory.

The new PUMA ORBITA LaLiga model offers a unique configuration of 12 large star-shaped panels which, by reducing the number of seams, allows for a better connection with the ball. The ORBITA incorporates state-of-the-art technology to create the optimal sphericity, maintaining ball shape and allowing for less water absorption.

A POE foam is added to the new ball to increase touch sensitivity for a firmer feel and better bounce consistency. In addition, the 1.2mm textured 3D PU surface improves aerodynamics and makes it more resistant to abrasion and wear, resulting in increased durability.

The ball also features a rubber bladder and PAL (PUMA Air Lock) valve for optimal air retention and rebound properties. Power and speed in the same design, with the FIFA seal of quality, a guarantee of high performance.