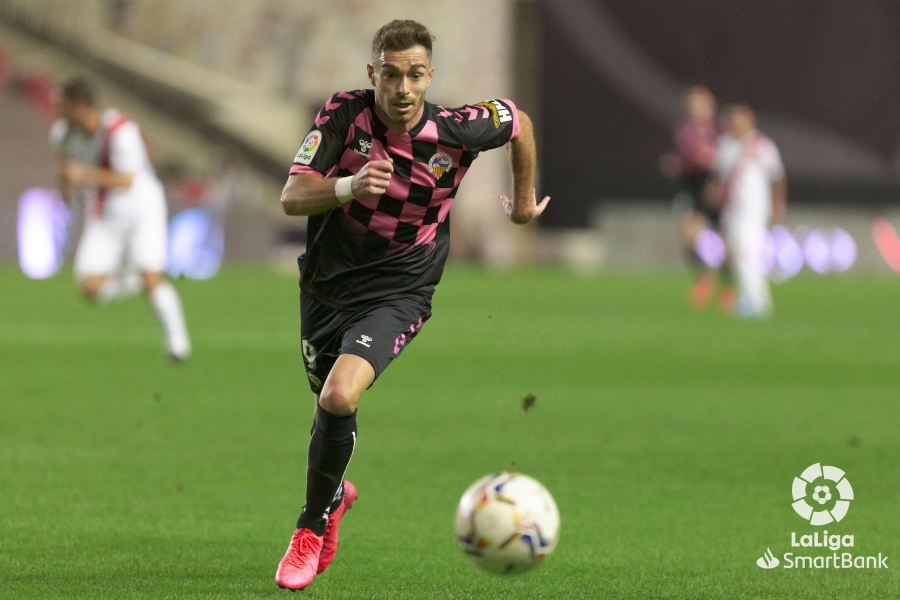 The promoted clubs of LaLiga SmartBank are planning beyond just survival

For the 42 clubs that make up Spanish professional football, the possibilities for development and growth are endless. A promotion from the second to first division is a major step for any club, but the rise from the Segunda B level to LaLiga SmartBank level can be equally as important.

UD Logroñés, FC Cartagena, CE Sabadell and CD Castellón are the four clubs who achieved promotion into LaLiga SmartBank this year. Each is now faced not just with the challenge of trying to stay up, but to begin new business and growth opportunities as the 2020/21 season gets underway.

FC Cartagena: Fourth time lucky
This July, FC Cartagena finally won promotion into the second tier after four consecutive years of participating in the promotion playoffs, triumphing in a penalty shootout after a goalless draw against Atlético Baleares. “It was fundamental to believe in our model of working which is based on both sporting and economic continuity,” explained club president Paco Belmonte. “Being in LaLiga SmartBank is a prize that gives continuity to the project.”

Growth on and off the pitch
The sporting objective for the club from Murcia this term is to avoid relegation. As Belmonte added: “The economic parameters that newly promoted sides are working with mean that we only think about achieving survival. It’s about staying in the competition and keeping this project going while competing against some of the best teams and players in Spanish football.”

“We must meet the demands that come with playing at LaLiga level and show that all the hard work done up until now in organisation, infrastructure and the club’s structure has been worth it in terms of reaching the professional level,” he continued.

Bringing new ideas to LaLiga
When it comes to growth, those in charge at the club are looking to make the most of this season and to invest. As Belmonte stated: “This season doesn’t only require investment in players in order to achieve the sporting objective, as we must also invest in the other areas of the club. This will allow us to be stronger if we do achieve survival. So, we must fix part of our objectives on what happens off the pitch.”

Belmonte is keen for his club to bring a sense of freshness and new ideas to the table. “We’re convinced that we can bring hunger to LaLiga and our approach to managing new sponsorships,” he said. “We’re not just going to copy all the good that LaLiga teams already do, even though we’ll follow the existing protocol 100 percent. In certain respects, the fact that we are a modern club with clear ideas will bring a new nuance that can boost LaLiga.”

UD Logroñés: The youngest club to achieve promotion
UD Logroñés also achieved promotion through last season’s Segunda B playoffs. When the regular season was postponed because of the global pandemic, the team from La Rioja was putting together a record-setting campaign, top of its group with 62 points after 28 matches, 13 points ahead of the second-placed side.

While football in the region goes back over 80 years, this club was born as recently as 2009, when UD Logroñés took CD Varea’s place in Spain’s third tier. Now, just 11 seasons later, it has become a LaLiga club.

Aspirations of a top nine finish
As club president Félix Revuelta stated: “The most important elements of our success are the coaches, the players and the fans. The planning around the team is also important, with an aim to have the spine of the team playing together for a few years.”

“It’s the team that’s really important in football, not just the individuals,” he added. “When you have a team and a scheme in place, you can then complement that with a few players to inject the quality you need. I think this is our success, that we kept a core group of players and coaches together.”

For 2020/21, UD Logroñés is entering LaLiga SmartBank full of ambition. As the president outlined: “Our objective is to finish among the top nine. It’s about being serious and doing what we’ve always done, which is to compete.”

A new training complex and growing fanbase
UD Logroñés’ plans for a new training complex will be the president’s main focus in terms of growing the club, although the project is planned for the medium to long-term. Revuelta said: “The most important thing right now is knowing if we can, once and for all, have a training complex plan that’ll allow us to keep working on youth football and to keep growing.”

Another priority is to expand the membership base. “Instead of having 4,000 members, we’d like to have between 8,000 and 10,000 and take the next step, which is, if we can, to win promotion to LaLiga Santander,” Revuelta stated. “Without the growth of the fanbase, going into the top tier would be illogical.”

There is confidence that positive growth can be achieved, given the professional ways of working at the institution. “We’ve been a serious club for our 11 years of existence, doing everything correctly,” Revuelta concluded. “The most important thing is to be known for winning matches on the pitch and not for other issues that have nothing to do with football. That will always be avoided here because of the serious approach of our board.”

CD Castellón: A return to professional football after 10 years
It has been a decade since CD Castellón played at the professional level, in the top two tiers of Spanish football. After losing in the first round of the playoffs on penalties to UD Logroñés, CD Castellón overcame both SCR Peña Deportiva and UE Cornellà to return to LaLiga SmartBank.

As those working at the club explain: “The sporting success corresponds to the players and the coaching staff. That said, if we speak about the club’s success then we should consider the work of all the institution’s employees in their various roles and the support of the fans who bring the soul and colour to the club.”

In a sporting sense, the goal is to stay in the top tier and to have the club’s fans back with the team in the stadiums as soon as health conditions allow.

Advancements made through the orellut spirit
“We are working towards social, sporting and cultural advances that will allow our fans to be proud of the club, our roots and our almost 100 years of history,” continued the club, which will celebrate a centenary in 2022.

“The orellut spirit is a feeling passed down from parents to children and it’s felt across our community,” the club added. “This is a fanbase where your politics, social class, gender or race aren’t what’s important. It’s about the feeling for the club. When our supporters visit other teams’ cities and when other fanbases come to ours, we want people to know that CD Castellón has always been there, competing and enjoying the world of football.”

On the values that CD Castellón can bring to LaLiga SmartBank, the response was: “Professionalism in all senses, excitement, fair play and a unique fanbase.”

CE Sabadell: The coaches and fans as drivers of success
Five years later, Catalan club CE Sabadell is back in the second tier after two penalty shootout victories to reach their promotion playoff final, where it overcame the youngsters of Barcelona B.

Esteve Calzada, the president of CE Sabadell, explained his theory for the success of the club this past year: “The selection of the coaching staff that came in towards the end of the 2018/19 season and their hard work has been key,” he said. “Also important has been the symbiosis between the key elements at the club and the priceless support of our fans, even when they had to back the team remotely.”

The goal of staying up and of reaching 5,000 members
This is the third year of Calzada’s project and promotion has been a major milestone for those in charge at the Estadi de la Nova Creu Alta. “This is a modest club that overcame a complicated situation that almost cost us our existence,” Calzada continued.

The current sporting objective is to avoid relegation and to stay in professional football for as long as possible. There’s also a desire to grow the fanbase and to reach 5,000 members for the first time, while staying in LaLiga SmartBank.

Discussing how to meet this objective, the club outlined: “This is a club that attracts a lot of affection across Spain, given its history, its traditions, the importance of the city, the club’s fans and also because of our unique kit.”