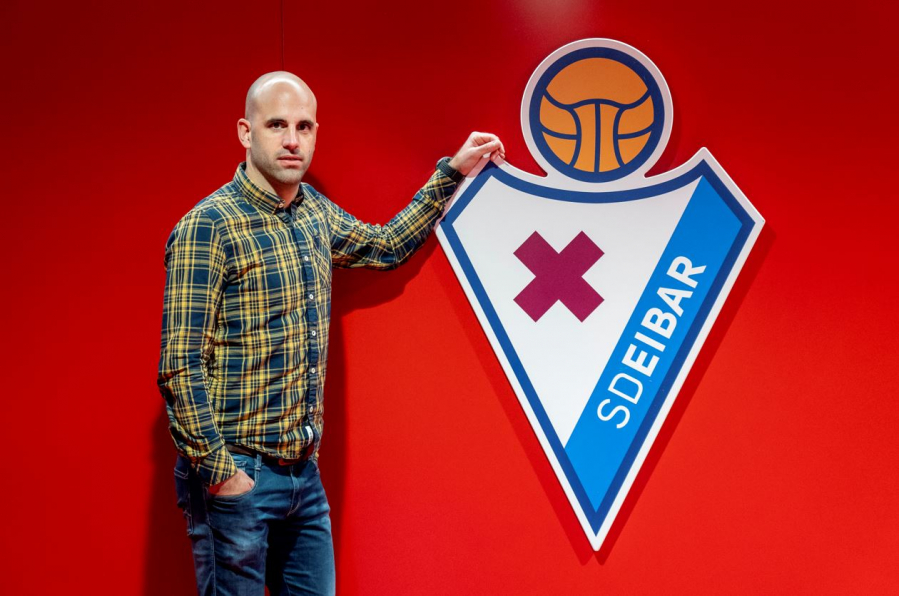 Seven years after their historic ascent to LaLiga Santander, SD Eibar were relegated from the division last season. Los Armeros, who had never been in the top flight prior to their promotion, enjoyed some wonderful years in the First Division in sporting terms, while consolidating their structure on the institutional and organisational side.

Unai Artetxe, the club's director of business, explains SD Eibar's business model and how to make the most of the experience garnered in the topflight to continue growing and recover their place at the elite level of Spanish football.

- To begin by getting an overall view summarising SD Eibar, what is the club's roadmap?

The club's roadmap is unchanged in spite of relegation to LaLiga SmartBank. After seven consecutive seasons in LaLiga Santander, the club has acquired a magnitude, expertise and set of working methods that now make us a First Division club competing in Segunda.

Our time in the top flight has allowed us to grow in both institutional and sporting terms, and I think we've been able to make the most of it to boost our infrastructure. Our stadium retains the same spirit of old, but the investment of over €20 million that we've made has turned the Ipurua into a modern, accessible and comfortable stadium that's perfectly set up to host other types of events other than sport.

Likewise, we're really excited about the construction of the training ground, a strategic and essential piece of infrastructure for the future of the club, and one we're convinced is going to help us grow both in sporting terms and institutionally.

- As SD Eibar's director of business, what can you contribute to the club?

SD Eibar has always been praised for its management model, and I think that's something we should all bear in mind. We shouldn't lose our identity. Those seven years in Primera have given us a dimension we didn't have before, and despite the fact we're in Segunda now, we need to be able to carry on riding that positive wave that, sooner or later, will take us back to the top flight.

The club has done a lot of things well during all this time and has grown a lot. But, at the same time, the extremely high demands that the First Division places on you haven't allowed us to take that extra step. My main objective now is to try to equip the club with the business elements to ensure it is more profitable in each one of its endeavours moving forward.

The Board of Directors has carried out a restructuring of the management team precisely seeking to go one step further in professionalising the club, and I think that's what we can contribute right now: that eagerness and enthusiasm to continue making strides towards the professionalisation required in a sector as competitive as this one.

- How are you tackling digital transformation to increase your business volume?

The club has spent several years working towards digital transformation, but I think that a club of our size has to do it with our feet on the ground and aware of our reality. It's important to give season-ticket holders digital tools to help them access the stadium, for example, or digital platforms that let them consume our content. Our more than 11,000 shareholders have been able to vote digitally at the General Meeting of Shareholders for years. We also need to stay up to date with the trends and digital tools coming on the market to assess whether we're capable of making them profitable, keeping in mind, for example, that it's very tough for us to create a digital television or OTT channel, because we would struggle to make them profitable.

We need to gradually take steps towards that transformation, but without losing our heads. That's where the huge importance of our connection with LaLiga comes in, because those advances and proposals that are made are going to allow us to get involved and take advantage of their knowledge and investment.

- The new generations increasingly consume content through streaming platforms. How is the club adapting to the new forms of consumption to continue attracting more fans?

I think that's a trend that doesn't just apply to the youngest people. The way we consume leisure and entertainment has changed significantly in recent years. Before, we used the television more; now users have no problem with, and even prioritise, other media and devices. The way content is consumed has also changed, mainly because users demand other things: better moments in the match, interesting moments that don’t necessarily have anything to do with sport, etc. Perhaps football has become more humanised at the content level.

In our case, we assign a fundamental role to social media. We have over 800,000 followers on our channels; we're very active on Twitter, we're present on TikTok, Facebook, Instagram and Weibo, we have channels in English and Japanese. Social media allows us to reach a number of people and other markets that would otherwise be impossible. It allows us to expand our brand, beyond the activity of just the men's first team, which is obviously what sparks the most interest. At the time, we decided not to open social media accounts for our women's first team, or for the foundation, for example, because we understand SD Eibar is everything: it's the men's teams, the women's teams, the activities of the foundation, etc. We've prioritised the brand over data, and we're aware that there's club content that might not be of interest to fans strongly linked to football itself, and which can have a slight effect on engagement or ROI (return on investment).

- The club has strong roots in the region, but it also has an international vision where it has carried out important projects. What is the club doing to grow internationally? What markets are interesting, how are you positioned in them and where do you obtain your greatest profits from?

At the time, the signing of Takashi Inui gave us access to the Japanese market, something we would never have imagined then, and that we've continued working on since. We're very attentive to the markets where we generate interest, working on specific actions in all of them to give greater visibility to the Eibar brand. To do so, we work closely with LaLiga a lot, which makes the job easier, and based on the data we receive from our digital channels.

However, we also have to be aware of our own limitations based on the size of the club, and we can't aspire to have a presence in lots of markets. Right now, the main objective is to go one step further in the national market, without neglecting other countries where there is gradual growth, such as Japan and the English-speaking market.

- After seven consecutive years in LaLiga Santander, the team are playing in LaLiga SmartBank this season. Regarding sponsors and when striking new commercial agreements, have you suffered as a result of relegation?

LaLiga SmartBank is a very demanding competition, with teams that represent populations exceeding ours by thousands of inhabitants, and it generates a lot of interest. But obviously, LaLiga Santander is on another level. We've noticed that we continue to generate a lot of interest, and despite the economic situation not being ideal, we're continuing to seal agreements with companies that have been supporting us in recent years and with others who are starting out with us. Right now, the priority is to make the most of relegation to rethink our internal organisation and all of the assets we can offer, taking steps to be able to strike commercial agreements with different companies over the coming months. I think we've done a good job, but there's plenty of room for improvement and we need to work hard on those improvements that will allow us to make a qualitative leap in the seasons to come.

- Renovating and expanding the club's infrastructure are essential to its growth. How much have you invested in Ipurua and the new training ground and what objectives have been met with these improvements?

Ipurua is our home, the hub of all our activity, and I think the investment of over €20 million we've made in recent seasons has allowed us to take a step forward. We have a stadium that still retains its essence, but with amenities and spaces that allow us to generate more business.

The training ground is a strategic piece of infrastructure that has to help us grow as a club, both on the pitch and in management terms. Up to now, we've been using more than five or six facilities, with the problems that come with continually having to move from one place to another. Having everything centralised in one place will allow us to make a massive qualitative leap.

At the same time, we must be aware that the training ground needs to be a financially sustainable place over time, and we're working to equip it with the tools and areas required to obtain a maximum return on the investment, which in principle is just over €20 million.

- The pandemic has depressed the economy of numerous sectors or industries. However, SD Eibar has felt it less because it posted a pre-tax profit of €5 million for the 2020/21 financial year. How have you managed to do this in such a difficult period?

SD Eibar has always been characterised for being a club with exemplary financial management, not spending what we don't have and investing in resources that can improve the future of the club and its stability. The budgetary and expenditure control is very strict, precisely to guarantee that financial sustainability. It's part of our DNA. We've managed to keep growing and equipping the club with the elements it needs to stay on that path of stable and continuous growth, and that has allowed us to enjoy an enviable financial position.