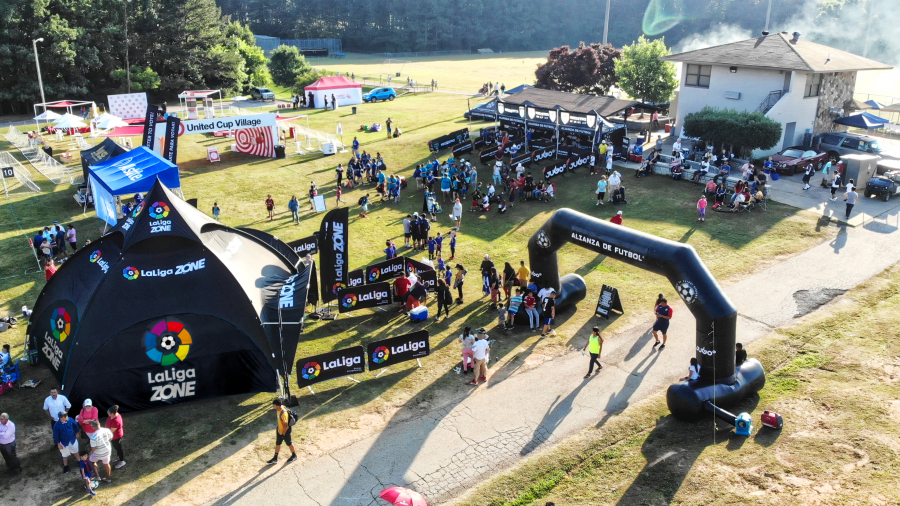 The 2018 creation of LaLiga North America, the joint venture between LaLiga and Relevent Sports Group, has seen several projects launched in the United States in order to promote grassroots football. The latest initiative is focused specifically on the Hispanic community.

LaLiga North America has just announced a multi-year partnership with Alianza de Fútbol, the largest and most prestigious Hispanic amateur football programme in the United States. The objective is to create more opportunities for youth participation and development in the Hispanic community and to continue fostering a culture for the sport knows as ‘soccer’ in the country.

LaLiga remains committed to sharing its expertise in the US during this exciting time in the country’s football development. Through this initiative with Alianza, LaLiga will send several of its coaches to the Allstate Sueño Alianza National Showcase, an event that brings together the best undiscovered talent in the country.

The coaches will identify top talent in order to create an all-star team whose prize will be a two-week tour of Spain and the chance to train at LaLiga academies, even playing matches against Spanish academy teams. With Spanish scouts watching on, this could be the start of an exciting future for the youngsters selected.

“With this unique partnership, Alianza de Fútbol will continue to open new doors and provide opportunities for the Hispanic community, thanks to the support from LaLiga North America,” said Joaquín Escoto, the managing partner of BRC Group, owner of Alianza de Fútbol. “It is an unprecedented event for us to be able to partner with LaLiga, allowing the best players in Alianza to be exposed to the best league in the world.”

LaLiga will also be participating in Alianza’s 10-city tour across the country from May to September, getting close to 300,000 attendees in key markets. The league will go on the road to visit Atlanta, Phoenix, Houston, Dallas, Denver, Chicago, New York, Los Angeles, San Francisco and El Paso, taking the interactive LaLiga Zone fan experience to these cities. There, supporters will be able to take photos with the league’s trophy and pose with the shirts of the 20 LaLiga Santander clubs.

For US-based LaLiga fans, this represents an opportunity to get closer to the Spanish top division without leaving the country. The partnership will strengthen the growing interest in both watching and playing football across the States.

“We are committed to providing more opportunities for young people and underserved communities to compete and advance their skills, including leveraging the growth and appetite for talent from LaLiga and its clubs.”