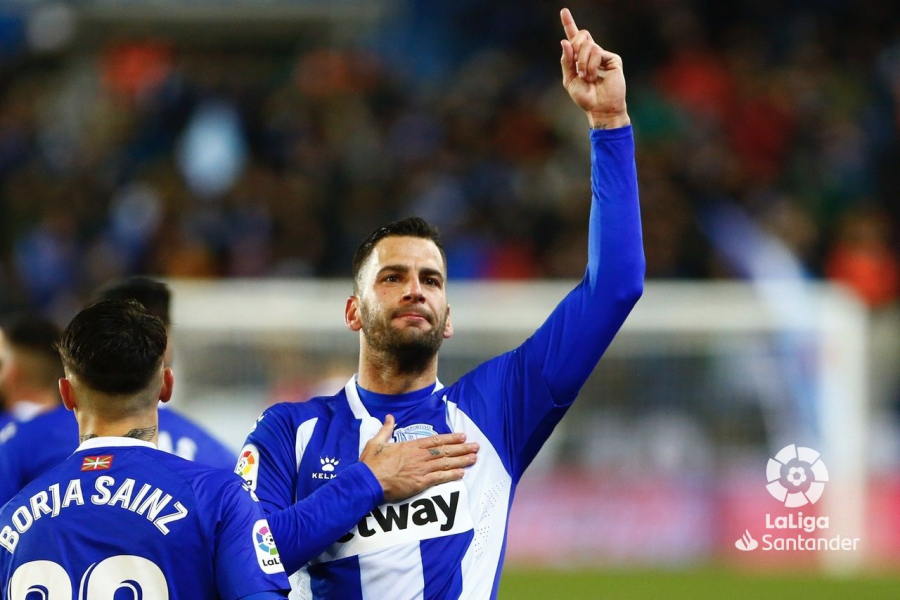 After more than 99 years of existence, the brand of Deportivo Alavés is set for one of its biggest evolutions. In a unique model for Spanish football, the Basque side is owned by Grupo Baskonia-Alavés, which also runs the local basketball team TD Systems Baskonia. In recent years this has presented new opportunities for the two sporting entities to learn from each other and achieve mutual success. In its centenary year, this will be further emphasised by a coordinated re-branding strategy to reach international markets.

With the football club set to begin its fifth straight season in LaLiga Santander and the basketball side recently crowned league champions, the Baskonia-Alavés approach has already seen sporting success. In addition, at the club’s last general shareholders' meeting the good economic health of Deportivo Alavés was confirmed.

With 2021 marking its centenary, the club will now take the next step by updating its brand image, starting with a new logo that takes its inspiration from the old world and the new.

A design centred on the flag
The old logo has been adapted to a round design with a new font and ‘DA’ abbreviation. The traditional blue and white flag, which forms the centre of the logo, is also available as a standalone image.

“We relaunched Baskonia’s image 4 years ago and this step with Deportivo Alavés follows that line,” explained Asier Samaniego, head of design for the Baskonia-Alavés Group. “Our goal is to reach new audiences and for this we need our brands to feel current, strong and recognisable both nationally and internationally.”

"The idea is to centre everything around the flag so that over time it carries the full weight of our corporate image," he added. “The new brand identity aims to honour our past while bringing it to the present day, maintaining the legacy of logos that have preceded it. We believe what we have created marks the evolution of our image.”

A re-brand years in the making
The timing of the announcement has been anticipated for several years, as January 23, 2021, marks 100 years of the club’s history. “About 3 or 4 years ago, with our sights set on the club's centenary, we set out to solve the problems that the previous logo generated and also return to the roots of the club by creating something that was more faithful to the original design,” Samaniego said.

By creating three available brand symbols (the logo, the flag and the ‘DA’ abbreviation), the club is also adapting to different media requirements across traditional and print. “Combining different expressions of the brand allows us to 'play' when using it with different media," Samaniego explained.

“The old branding generated multiple display problems for both traditional and digital media,” he continued. “The lack of a brand manual also prevented us from really using it properly and made it difficult to give a coherent image.”

An NBA aesthetic
This move to change the logo is the latest step in an ambitious growth project for the Baskonia-Alavés Group, which is focused on internationalising both its football and basketball brands. These efforts should be helped by the experience the owners already have with the club’s Baskonia counterparts.

For many years, title sponsors had been heavily represented in the Baskonia logo, with names including Taulell, TauGres and TAU Cerámica. But with new agreements, the owners were able to reclaim this part of the club’s identity and modernise its image in the process.

While there are clear differences between the two clubs, Baskonia and Deportivo Alavés are united by a modern approach from owners who remain distinct in the sporting world.

“We are talking about two completely different approaches for clubs that are at very different stages,” Samaniego concluded. "Deportivo Alavés is a humble club we want to reflect this through taking a simple, clean approach that is informed led by our history. With this, we are planting the seed for the next 100 years."