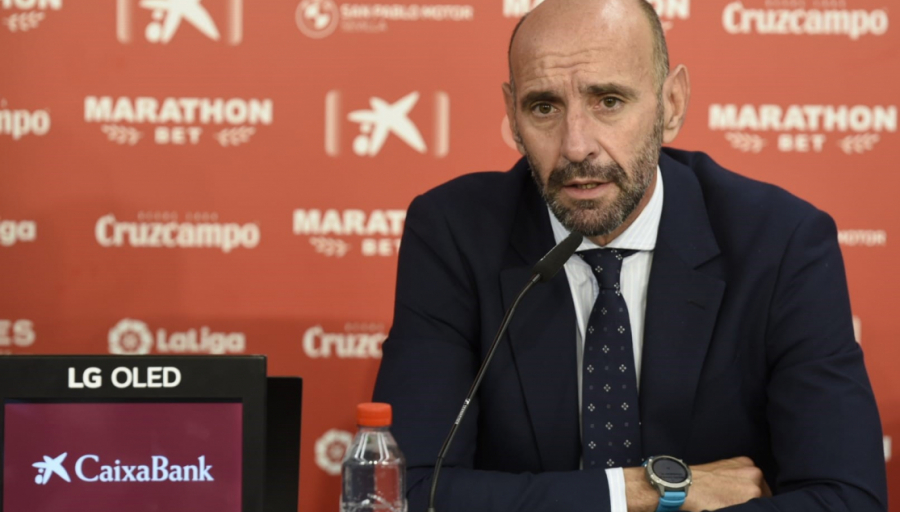 The Monchi method: Secrets from football’s most famous sporting director

Ramón Rodríguez Verdejo is known around the world as Monchi and as one of the most successful sporting directors in the history of football. From 2000 to 2017 and from 2019 to today, he has been in charge of the sporting department at Sevilla FC and has guided the club to unprecedented success.

In the first 110 years of Sevilla FC’s history, the club won four major trophies. In the 20 years since Monchi moved from his role as first-team goalkeeper to sporting director, it has won 10 major titles, most recently lifting the 2019/20 Europa League.

But it’s not just silverware that the 52-year-old has brought to the club. His expertise in the transfer market has bolstered the club’s finances by signing players for low fees and then selling them on for profits. Over the years, the likes of Ivan Rakitić, Wissam Ben Yedder, Dani Alves, Clément Lenglet and Vitolo all left the Estadio Ramón Sánchez-Pizjuán for more than four times the fee originally paid for them.

Rather than keep the secrets of Sevilla FC’s success private, Monchi has always been open to discussing elements of his methodology and to promote knowledge sharing in football. During the coronavirus lockdown at the start of 2020, the club released a 13-part series called ‘MONCHI 13 – Masterclass’ on YouTube. During recent weeks, he spoke at the Soccerex conference about his work and took part in a videocall with international media, organised by LaLiga.

The five keys to signing a player
During this media session, Monchi outlined five elements he believes are key for a club to consider when studying whether to bring a new player in.

The first element is to have the best scouting network possible, so that as much information as possible is available on all the players who could be potential targets. “Having a good scouting network allows you to have comprehensive control of the market,” he said.

The second is to establish a clear profile of the player in partnership with the coach. “There are many different kinds of player, even if they play the same position,” Monchi pointed out, adding that communication with coaches is vital.

The next step is to consider how the new arrival will adapt to the team and, if arriving from abroad, to the new league. “When we sign a player, we’re taking them out of one league to bring them to LaLiga so there’s a need to work out and understand how the adaptation can be as quick as possible,” Monchi continued.

The fourth key is to understand the person. “You’ll be working every day with a person, not just a footballer,” Monchi said. “There’s a need to try to work out what concerns may arise, what the player needs and what problems could come up. These might sometimes mean that the player is unable to fulfil their potential.”

Monchi’s fifth key element is to explain to the player what to expect at the new club. “We explain the philosophy of the club, we explain what the media are like, we talk about the city and the rivalries we have and the media pressure,” he said. “It’s about painting a picture of exactly what to expect when arriving at Sevilla FC.”

The importance of data
Following these initial steps requires a good understanding of what a successful player looks like and how they may fit into the club’s existing system. For this, Monchi and the club have put data at the heart of decision-making.

“I’m a data junkie,” he said during the Soccerex event. “Both with big data and with artificial intelligence and machine learning. I believe in data a lot. It can maximise performance, it can save decision-making time and, above all, it can reduce the margin of error.”

Monchi and his team study many variables and have detailed stats for all players they might consider bringing to the club. “The first thing is to define the player you want. Imagine you want a centre-back who can play long passes very well, because your team plays many crosses,” he said.

“You could decide that the average accuracy for long passes has to be at least 68%, then you can use that variable to go about discarding players.”

He continued: “It’s about deciding, with the use of artificial intelligence, what the model player is like and how to achieve maximum performance within the system being used by the coach. Once we have that profile through big data, we try to find that player.”

Hiring professionals
As the use of data has created transfer market success, the club has continued its investment. “At Sevilla FC, we’ve created a research and development department,” Monchi noted. “It’s a data exclusive department where we have a staff that would have been unthinkable five or six years ago. We have mathematicians, engineers, physicists, statisticians and analysts.”

The Andalusian club is also working on developing its own software and tools to streamline the processes involved in recruitment. “We want to develop our own app that allows us to achieve maximum efficiency,” Monchi revealed. “We’re working on that.”

Combining the technical with the sporting
Of course, the collection of good data does not guarantee success. Monchi argued that human intuition is still fundamental to decision-making; but it should be as well-informed as possible.

“Over eight million pieces of data are generated in each game and not all of them are necessary,” he explained. “The important thing is to be able to balance the subjective with the objective. All clubs are working on this. We use data to build player profiles but you also need to go and see the player. You have to combine both of these areas to make the best decision.”

For this, the club has developed a systemic approach that allows for broad data collection and then closer human analysis to take place.

“There are two pillars to the way the Sevilla FC sporting department works: the scouting and the coordination with the coach,” he said. “The coach doesn’t decide the name of the player we’ll sign.

The coach decides the profile of player. Then, with the work of the scouts, we offer different possibilities.”

Sevilla FC divides its scouting year into two parts. From July to December, the 12 scouts follow their respective leagues with a wide overview and gather information. Then from January to May, there is a closer following of certain players leaving the club with a list of around 15 players per position.

This is followed by detailed talks with the coach at the end of the season, where the department shows the profiles of six or seven potential options that could meet the coach’s needs.

With years of on- and off-the-pitch success, the Monchi method has proven its worth to Sevilla FC. But as the sporting director noted, it is an approach that can be adopted by any club and with data analysis still advancing, there is a lot of progress still ahead.

“In 2000, there was zero structure,” Monchi concluded. “Now, we’re a club that is being studied by others. That’s because of many people’s work and we’re not stopping. We’re trying to continue growing.”