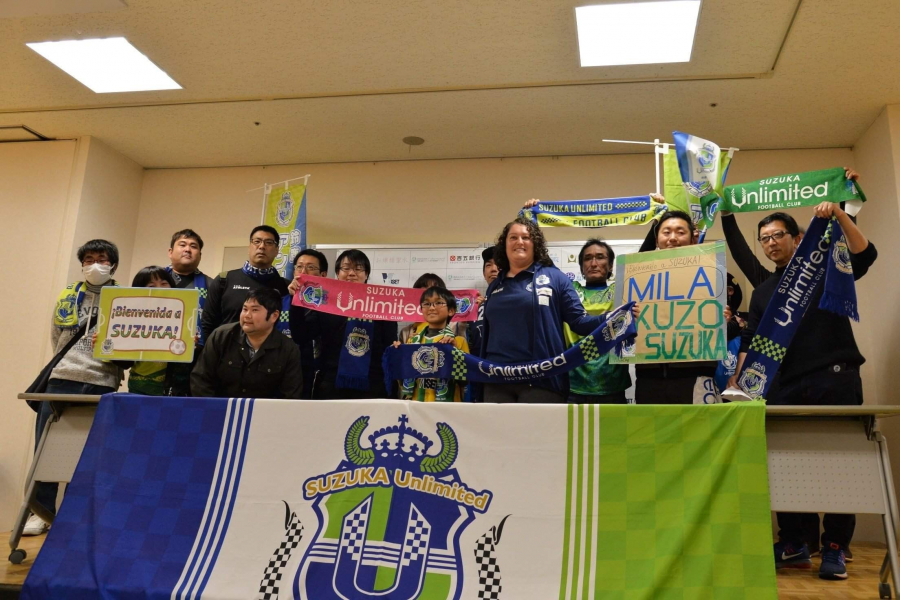 Milagros Martínez: “Women are showing that they’re perfectly capable of taking charge of any side”

2019 is proving to be a big year for women’s football. With the FIFA Women's World Cup around the corner, Athletic Club Femenino began the year by securing a record-breaking crowd of 48,121 for their Copa de la Reina match with Atlético Madrid. Further to this, Spanish coach Milagros Martínez made history by taking over a men’s football team in Japan.

Suzuka Unlimited, a club that has just won promotion to the fourth tier of Japanese football, has made Martínez the first woman to coach a men’s team in the Asian country. It is an opportunity that she is thrilled to receive.

Martínez has worked hard to earn this big break, dedicating the past 12 years of her life to the sport she loves. She played for Albacete’s women’s team for four years, before going on to coach their youth team and then their senior side. Under her management, the first team won promotion to the top tier of Spanish football in the 2013/14 campaign and she kept them in the top tier over the subsequent three seasons.

Having been open to the idea of moving abroad to try out a new experience, she spoke to Villarreal’s women’s football coordinator Yuriko Saeki and this led to talks with Suzuka Unlimited. “We started speaking and reached an agreement within a few days,” Martínez explained.

She doesn’t believe that coaching a men’s side will be significantly different from the work she did with the women of Albacete. “I think the preparation should be the same, especially in technical, tactical and psychological terms,” she said. “I believe players need to be convinced to play with feeling and the intent to have fun on the pitch.”

From her point of view, the biggest difficulty will be conveying her ideas, not the fact that she’ll need to win over a dressing room of men. “The challenge will come with getting everyone on board with my style of play,” she stated. “We’ll go step by step to produce the best performances possible. I’ve seen in the first few days that the football played here, at least in this division, is quite different from Spain.”

Of course, the language barrier will be another obstacle to overcome, but Martínez has had some help here. She is grateful for the work of her interpreter and also for former player Tomo Matsukawa, a Japanese midfielder at Albacete who helped her with some phrases for her press presentation, which was well received. Some supporters even went to meet her at the airport.

I cannot help thinking that are the best supporters. @SuzukaUnlimited
We are working to enhance. pic.twitter.com/YTDTK7IXQB

While the reception in Japan has been positive, the Spaniard doesn’t believe this would be possible yet in her home country. Commenting on the chances of a woman being given a similar opportunity on the Iberian Peninsula, she said: “Women are showing that they’re perfectly capable of taking charge of any side, whether it’s a women’s team, men’s team, national team, domestic team or foreign team, but I think it’d be difficult to see right now.”

There is no doubt, however, that progress is being made. Over the past three years, organisations such as LaLiga have created many initiatives to increase the profile of women’s football and improve access to the game, from digital platforms that allow players to tell their individual stories to hosting women’s matches in LaLiga stadiums.

Stories like that of Milagros Martínez will only help accelerate the growth of women’s football back home in Spain and around the world.