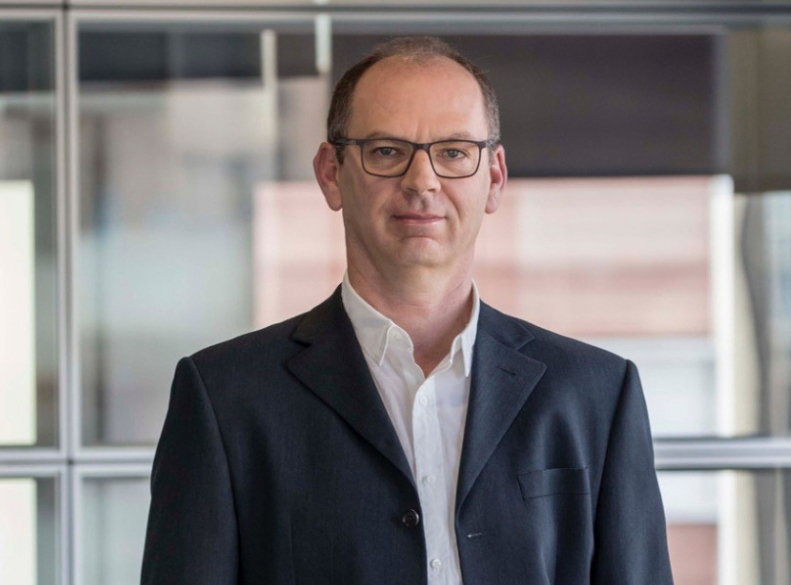 This summer’s Euro 2020 championships present a unique logistical challenge for broadcasters with matches taking place across twelve European cities as far as 5,400km apart. To help ensure consistency of production and the best audiovisual experience, tournament organisers UEFA have assembled a team of seven leading producers who will oversee all content from the 51 matches.

For the first time, this group will include representation from LaLiga after the selection of Óscar Lago, the director responsible for bringing the Spanish competition to television screens around the world.

As match producer at LaLiga’s production partner Mediapro, Lago has produced over 1000 matches from LaLiga competitions over his thirty-year career, as well as supporting major finals that have been played in Madrid and working on the 1992 Olympic Games in Barcelona.

The secret to his enduring success, he says, is to approach every broadcast with storytelling in mind.

“Each goal tells a story,” Lago said when describing his philosophy. "I watch a lot of matches, local and foreign leagues, looking for technical innovations to import. I'm passionate telling a good story with what we do. That is the key to a good football broadcast."

Working with LaLiga’s audiovisual team, Lago and his team have created a unique and consistent visual style for all LaLiga matches which is shown by all global broadcasters of the competition, helping the competition become more easily recognisable worldwide.

To bring all of this to life, the team must work constantly to make the matches as entertaining as possible for viewers. Lago’s approach to this involves meticulous preparation, technical innovation and taking inspiration from other industries.

Assembling the perfect camera lineup
Lago begins a match day sat inside a mobile unit outside the stadium, with his view fixed on as many as 35 screens, each carrying the signal from different cameras in the stadium.

To carry out his show, Lago writes the number of each camera and the name of its operator under every screen. He lines them up in a specific formation, as if he were a coach inside the stadium, so that he can produce the perfect image.

"Once the ball starts rolling you are facing an open script, you have to know how to read it to react quickly, since there is little we can know in advance,” he said. “I always keep in mind what exact perspective and angle each camera gives me and, depending on the area of the field where the action occurs, I know immediately whether to go to camera 15 and not camera 12."

To give another analogy, Lago described those who operate the cameras and those around him in the mobile unit as a symphony orchestra, while he is the conductor moving the baton. "They are all excellent musicians, they know how to play perfectly and, really, before I make any request from a specific camera operator they have already anticipated my question," he says.

Technology innovation
As well as being organised, Lago’s team works alongside LaLiga to introduce new technologies into match broadcasts every year, offering the viewer an experience that hasn´t been seen before. Recent examples include Replay360° to view action from every angle, or the introduction of live on-screen statistics via the Mediacoach tool.

"The technical innovations at the beginning were a risk as nobody was creating these kinds of graphics and advanced statistics live,” Lago said. “We had to make sure the viewer experience was not disrupted. But we have very creative talent in this sector and we have achieved something unique that makes every broadcast more memorable.”

Facing Euro 2020 as a team
This summer, Lago will apply all of this expertise to an international football tournament for the first time. For the director, this accolade rewards years of achievement in LaLiga. “The consistency in our work has caused people from outside our borders to look at us and what we do,” he said.

Instead of personal recognition, Lago is particularly proud that he will be bringing his team with him to the tournament. A 52-person team will be travelling, from camera operators to sound technicians, putting Spanish audiovisual talent firmly in the spotlight. “What we have achieved is to open a path that was previously closed to a lot of talented young people," he commented.

The scale of Euro 2020 means that Lago could be managing as many as 44 screens per match this summer, but having perfected a consistent match style he sees this as a new opportunity, not a challenge.

“In our team we know everyone's strengths and weaknesses and we act as a whole,” Lago concluded. “I want everyone to express themselves creatively because that's when we get the best results."