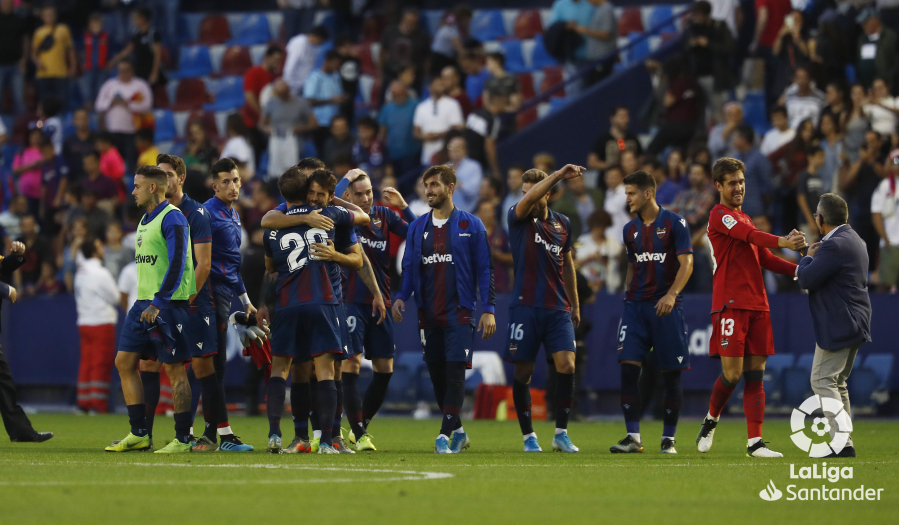 For Levante UD’s older fans, one day in 1937 stands out as among the most significant in the Valencian club’s history. On this say the team tasted victory over Valencia at the Estadio de Sarriá in Barcelona, winning the Copa de la España Libre. Now, old and young fans alike can recall and to discover historic moments such as this one thanks to the club’s new virtual museum.

Following the creation of the club’s historical heritage area, in collaboration between the club and the Fine Arts Department of the Polytechnic University of Valencia, this museum brings supporters a brand-new interactive experience. “It’s special because you can take a journey through a series of exhibits that wouldn’t normally be available to fans,” explained Alberto Gil, Levante UD’s director of communications. “In this virtual museum, visitors can discover surprising artefacts and documents. It’s a pioneering initiative in the world of football in Spain.”

A pioneering initiative based on historic documents
Though the ‘Snippets from Our History’ – section of the museo.levanteud.com website, unforgettable moments from the 110 years of the club’s existence are detailed in chronological order. This allows fans to see and read about the major events, anecdotes, milestones, footballers, coaches and presidents that shaped the club.
There is also space for audio content where club anthems, songs, audiobooks, press conferences and other in-house and external content are available for fans to enjoy and experience.

“It’s a new way of showing our supporters and football fans in general part of the collection we are recovering and cataloguing,” added Gil.
Among the more exclusive items and displays on show are the season ticket from 1939 when Levante FC and El Gimástico merged to form Levante UD, or the contract that brought the iconic Johan Cruyff to the club in 1981.

Fans can also view the architect’s blueprints for the old stadium, the Copa de la España Libre trophy from the tournament that was held during the Spanish Civil War, a document from Levante UD’s founders and the contract of club legend Agustín Dolz.

“One of the most emblematic items is the Copa de la España Libre trophy that we won in July of 1937, while the documents related to Cruyff are also the ones that we’re asked about the most,” Gil revealed.

There’s even a piece detailing the Valencian floods of 1957, which caused major damage to the club’s Ciutat de València stadium and required major rebuilding work, threatening the club’s very existence. “All of these documents are relevant because they recreate our history,” Gil added.

From digital to physical
The virtual museum forms the basis for a project that will see the club create a new physical museum as part of the installations at the stadium. In the coming years, significant redevelopment work will be carried out on the ground to enable this.

The final collection will be made up of information relating to club legends, external documentation, private donations, historic files, official minutes from club meetings, records of past presidents, match reports, photos, trophies, flags and contracts of memorable players.

Levante UD fans are being encouraged to help the project by bringing forth any historical souvenirs, objects or photos they might possess. As Gil outlined: “The long-term objective is to have a museum as part of our stadium. The fans are helping out. We understand that it can sometimes be difficult to part with items or documents that form part of a fan’s personal memories, but we’re receiving many donations and objects of great value.”