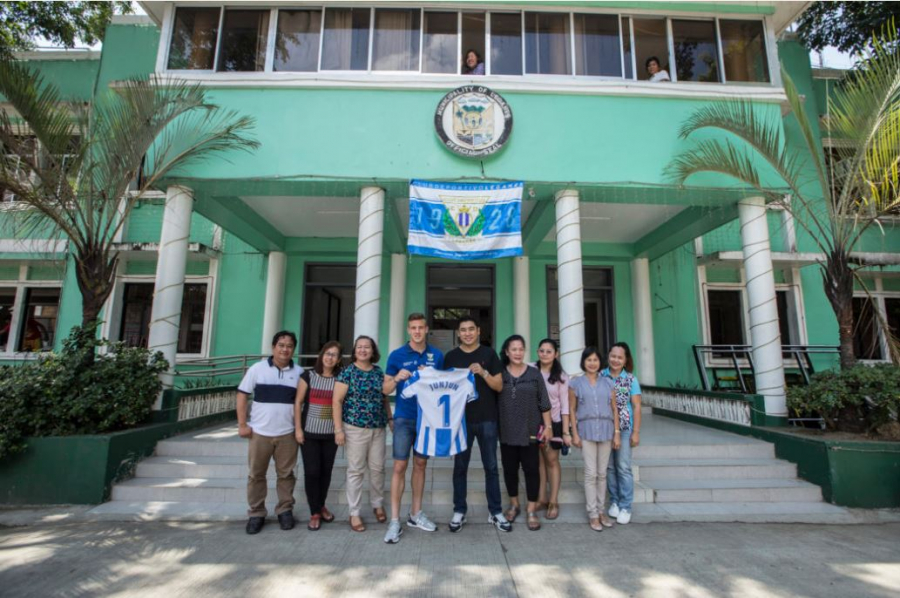 Why CD Leganés launched its season ticket campaign in the Philippines

The municipality of Leganes, in the province of Iloilo in the Philippines, could not be much further removed from the town near Madrid that shares its name. But LaLiga Santander club CD Leganés was determined to bring them together through football.

With a reputation for creative marketing and communication strategies, CD Leganés has earned admiration from supporters and opposition fanbases alike through bringing humour and passion to its work. But travelling 18,000 kilometres to launch its new season ticket campaign was ambitious even by its own high standards.

Working alongside LaLiga and with the help of 23-year-old defender Rodri Tarín, the Pepineros (meaning cucumber growers) were able to bring a feelgood spirit to the ‘other’ Leganes and produce one of the most memorable campaigns of the season.

“This club has always looked to tell original and fun stories that our fanbase can get behind,” explained Víctor Marín, the Communications and Marketing Director at CD Leganés. “From our time in the Segunda B, humour has always been one of the best tools for communicating with our fans. Thanks to these types of stories, we’ve been able to encourage people to be part of our community.”

In a video created for this summer’s season ticket campaign, Tarín explains that he wanted to feel at home during his holiday and that’s why he went to the Leganes of the Philippines. There, after a 16-hour flight, he spoke to the locals about the team and gave out flags and scarves in the blue and white colours of the club. The player also met the mayor JunJun Jaen and visited Kaya FC, the local football team.

“This season all of Leganés will cheer, but only a few can be SuperPepineros,” was the slogan behind this summer’s season ticket campaign. Loyalty has been rewarded with discounts of up to 20% for those renewing their season tickets, plus the cost will be frozen for the next season under the same conditions, with prices ranging from 100 to 535 euros.

“We’re trying to reward all of the loyal followers who go to the stadium during the entire season,” stated Marín. “We hope to have more than 10,000 season ticket holders to fill the stands of Butarque Stadium each matchday.”

The campaign was a huge success, in terms of the number of renewals at the ticket offices and in terms of the impact made on social media. “The feedback we got was very good and all our fans liked the story we told, as well as the fact that Rodri Tarín was introducing people to the other Leganes,” Marín added.

The initiative also helped the LaLiga Santander club to boost its reputation in the Philippines. The travelling contingent was welcomed with open arms, with LaLiga Global Network delegate Almudena Gómez ensuring that the stay in the country went smoothly.

“At first, it might have sounded like an outlandish idea, but it all made sense when we began speaking,” Gómez said, explaining how LaLiga’s relationships on the ground made this project possible. “CD Leganés’ visit helped improve visibility and local impact in the Philippine market,” he added.

As well as filming the promotional video for their season ticket campaign, the club  took part in social responsibility initiatives in collaboration with LaLiga. For example, time was spent with Gawad Kalinga, a movement aiming to end poverty for families at risk of exclusion, while gifts from CD Leganés and footballs from LaLiga were also given out.

"Everything went very well," says Marín, as he reflected on the experience with Leganes locals. "We talked to them about the world of football and to make connections, you normally rely on Messi. But there were children who did not know who he was. If they do not know Messi, they would not know us.”

"Although," Tarín adds, "they know about us now."