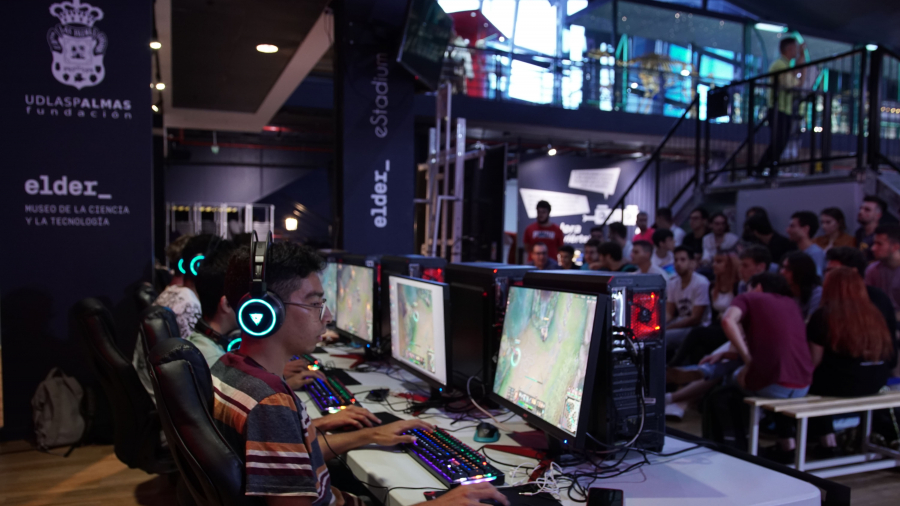 The worldwide phenomenon of competitive gaming is introducing a new generation to sports and gaining the interest of major brands. As it continues to innovate in this sector and grow its  community, LaLiga SmartBank club UD Las Palmas has rebranded its gaming section as Las Palmas UNITY while building new services for the surrounding community.

The Canary Island club’s gaming section was born in 2017 and quickly became a centre of social activities as well as competition. Managed by the club’s foundation, it continues to increase the commercial appeal of the club while also defending its social values and backing programmes such as education for young people.

The interest of technology brands

Since its launch, the UD Las Palmas gaming community has grown to incorporate 1,530 people and 26 players, with dedicated sponsors as well as a dedicated gaming venue.

As the club stated: “Gaming been a good tool to diversify the activities we were rolling out at the club. Through our foundation, we launched a development programme that combined gaming with education at our eSports Center.”

The building of this new venue has been one of the most important milestones in the development of this initiative, as it can host competitions and training sessions and also act as a hub for community projects.

“This has all been possible thanks to the participation of various club sponsors and also because this section is attracting interest from technology brands,” UD Las Palmas directors revealed.

Among the most significant changes to come with the UNITY rebrand are a change in image and a makeover of the website, with new sections for teams and links to different streaming services related to the most high-profile players.

Commenting on the changes, the club noted that it is “part of a process that is continually advancing and is designed to be sustainable for the long term.”

“We decided to take the next step and create a more digital brand, a brand that speaks the language of new generations, a brand that has presence and identity in the sector and a brand that is grounded in the concepts that best define us,” the club continued.

With well-known players like Zidane10, Jun7 and AsierMM7 already representing this community and with the support of various club staff, the gaming community is already a success story in Spain without losing its local feel.

“This makes us very proud because, in a way, it’s like these people are the members and fans of our gaming teams,” the club said. “Those who make up our competitive teams and staff have all come from this community.”

The growth of eSports and future targets

The continued growth of the Las Palmas UNITY brand is expected to increase the global profile of the club as well as develop new commercial opportunities on the Canary Islands. Before the period of uncertainty brought about by the coronavirus pandemic, the club had seen a significant growth in the number of professional eSports activities taking place locally, which it hopes to resume in the near future.

“There were important events like the Tenerife Lan Party which had been growing quickly,” the club added. “Various businesses were set up that were based on the sector, such as private gaming centres or digital competition platforms. One Canary Island team had success in the LVP, the Videogames Professional League of Spain.”

With professional structure around gaming having matured significantly, Las Palmas is optimistic of bringing new opportunities to the club as well as the communities it serves.

“The current objective is to expand Las Palmas UNITY through the creation of new teams and through the development of more content and activities related to gaming”, the club concluded. “Through this, we will become a leader for development opportunities for young people from the Canary Islands who want training in the digital disciplines.”