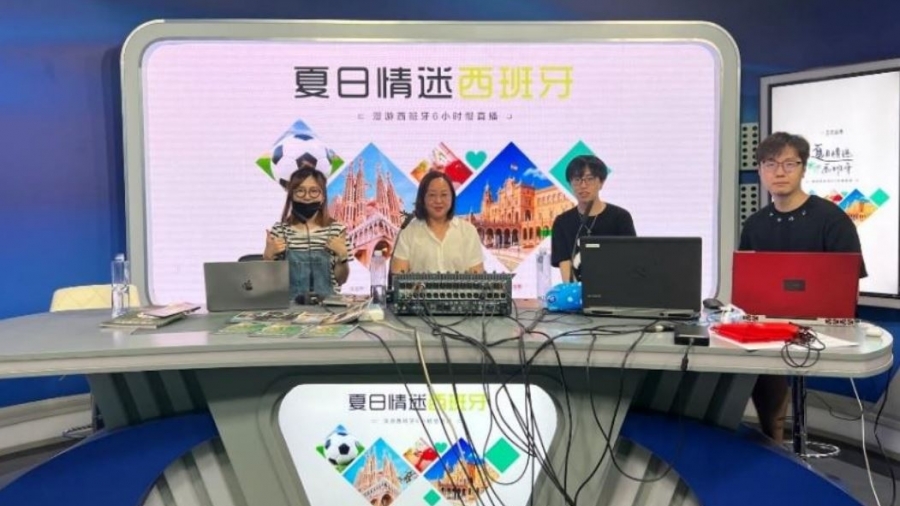 LaLiga continues to work closely with Turespaña, a Spanish organisation that promotes the country’s tourism sector, and most recently supported a ground-breaking six-hour live broadcast that reached 13 million people in China. This unique show was streamed on May 27th from the WeChat and Weibo accounts of Turespaña and multiple LaLiga Santander clubs, achieving more than 400,000 interactions.

Sevilla FC, Real Betis, FC Barcelona and RCD Espanyol all contributed to the broadcast, which was titled “Fall in Love with Spain in Summer” and which was split between the cities of Barcelona and Seville. Chinese influencers took viewers on a virtual tour of several famous cultural sites, such as the Sagrada Familia, Casa Batlló and the Royal Alcázar of Seville, as well as showcasing the two cities’ football clubs.

The sections discussing these four football clubs generated particular interest, as the Chinese viewers learned about the history of the teams and the stadiums. FC Barcelona and Sevilla FC helped make the programme a success by opening up their stadiums and allowing the presenters to speak with certain club personnel. During the show, there was also a competition to win a shirt from Wu Lei, RCD Espanyol’s Chinese striker, and this was another of the sections that produced the most interaction.

In total, there were 417,907 interactions in the form of likes, comments and shares. While the vast majority logically came via Turespaña’s own stream, 36,308 of the interactions were achieved through FC Barcelona’s streams on WeChat and Weibo.

Initiatives like the “Fall in Love with Spain in Summer” broadcast are so important because the tourism industry is so vital to Spain, making up 12.3% of the country’s GDP and employing 12.7% of the total number of people signed up for social security. Due to the coronavirus pandemic, Spain’s tourism industry was hit particularly hard and it is still difficult for potential tourists from China to visit. However, several viewers of this six-hour show stated in the comments that they plan to take a trip to Spain as soon as they can.

As Turespaña stated: “The objective of these types of initiatives is to remain present in the mind of potential visitors, so that they remember us, and to either maintain the link with Spain if they’ve visited in the past and want to come back or to conjure up the curiosity to discover us if they haven’t yet been here.”

LaLiga and Turespaña have joined forces for various initiatives during the period of the pandemic. For example, LaLiga shared information on the “Safe Sport, Safe Tourism #SpainAwaitsYou” campaign during international match broadcasts, while the two organisations have also collaborated on a “Welcome to LaLiga” guide for Chinese tourists.

The clubs have been helpful too. Having historic institutions such as Sevilla FC, Real Betis, FC Barcelona and RCD Espanyol on board with the “Fall in Love with Spain in Summer” show was a major boost for Turespaña’s efforts to attract Chinese tourists back to Spain once they are able to travel.

These four clubs have also been able to promote themselves by taking part in the stream, persuading the viewers that attending a LaLiga Santander match or visiting their museums would be an exciting part of any holiday to these two cities. The hope is that many of the 13 million Chinese people who watched the stream will soon be able to visit Spain in person and take in the stadiums of Barcelona and Seville with their own eyes.