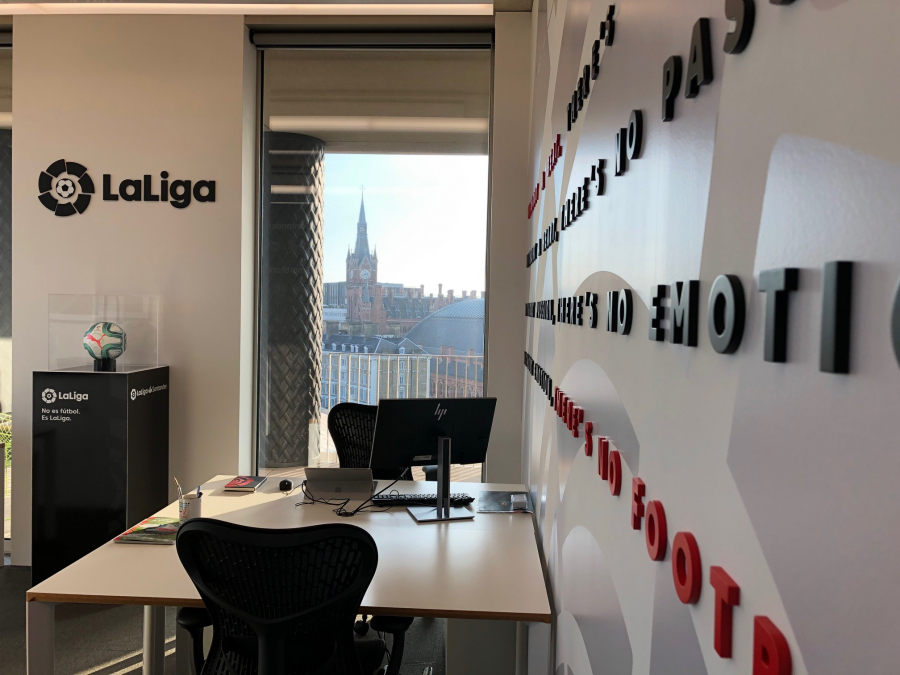 As the birthplace of football, the United Kingdom remains a focal point of the global sports industry, with competition for fan and stakeholder attention particularly fierce. But despite the presence of many of the world’s biggest sporting institutions, interest in LaLiga in the UK is on the rise. After three years of bolstering its presence, the league has now consolidated these efforts by opening its first office in London.

The new location will oversee LaLiga’s UK and Ireland operation, including business interests and brand presence in the territory. This represents another foothold in the league’s international growth strategy: through the delegates of LaLiga Global Network plus its collection of owned offices, the league currently has a physical presence in over 55 countries worldwide.

The decision to add a London office reflects the importance of the UK and Ireland to LaLiga.

“There are millions of fans across the UK and Ireland who enjoy the passion and quality of Spanish football,” said Keegan Pierce, who has been based in London on behalf of LaLiga since 2017. “We look to bring LaLiga ever closer to those fans, in support of our clubs as well as our broader internationalisation strategy, which is aimed at increasing LaLiga’s global brand profile.”

Recent research by Stonegate Pub Company and Molson Coors showed that 26% of UK consumers claim to be LaLiga fans, making it the most popular non-domestic sports competition in the country.

"The UK is one of the most important strategic markets for both LaLiga and its clubs,” added LaLiga President Javier Tebas. “From a business perspective, London is home to the world's leading media outlets, broadcasters and sponsors. We look forward to building on the already strong reputation that Spanish football has in the land where the game was born.”

Opportunities for LaLiga clubs
From its new base in the creative and tech hub of King’s Cross, which also offers direct links to the European continent via nearby St. Pancras International rail station, LaLiga will continue to develop the local relationships that will enhance its growth, while providing new opportunities to Spanish clubs.

The local team, led by Pierce and fellow LaLiga Global Network delegate Javier del Rio, offer a link between key UK stakeholders and the 42 clubs of LaLiga Santander and LaLiga SmartBank. In the past two years alone, this has led to successful collaborations with several clubs, including Athletic Club, Deportivo Alavés, Real Betis, Real Sociedad, SD Eibar, Sevilla FC and Valencia CF, among others.

Oscar Mayo, head of revenue, marketing and international development of LaLiga said: “Our strategy sees LaLiga contribute to the growth of LaLiga Santander and LaLiga SmartBank clubs in key markets by offering business opportunities with support provided by our experts in each region.”

Business to Consumer focus
While continuing to support clubs, LaLiga will continue to expand its UK and Ireland presence by adopting a ‘business to consumer’ approach that will engage fans more directly. The first step in this approach was the recent launch of LaLigaTV, the linear channel offering 24/7 coverage of LaLiga on both SKY and Virgin TV platforms, with a combined audience of around 12 million UK households.

“LaLigaTV offers the possibility for fans to not miss a moment of the action from LaLiga Santander,” said del Río, who previously oversaw LaLiga’s operations in Nigeria. “This is the first time a football competition has launched a dedicated 24/7 channel on linear television in this market and the feedback we’ve received from fans has been really positive.”