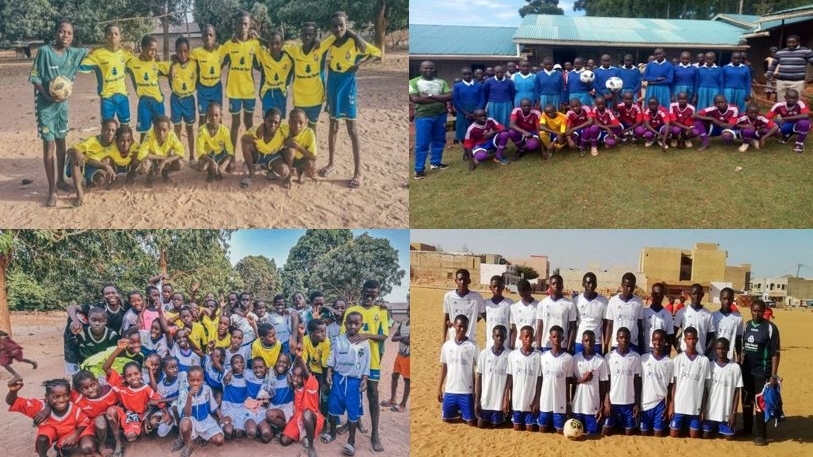 Over the past season, the clubs of LaLiga SmartBank have carried out important charity work, including the delivery of kits and equipment to disadvantaged children overseas. As well as occupying vital roles in their local communities, the teams of Spanish football’s second division have looked further afield as well and made a big difference.

These campaigns have provided support in several different countries, mostly in Africa but also in other continents. This aid has gone to various schools and football academies, with the clubs sending items such as shirts, shorts, socks, tracksuits, balls and hats.

One country to have received such aid was Senegal, as Real Oviedo sent boxes of their 2021/22 Adidas kit to the Assane Ba school in the city of M'Bour. Kids between the ages of 10 and 17 benefited from this project and have been wearing their Real Oviedo colours during matches against other schools in the regional competitions.

For another example, CD Mirandés sent football shirts, shorts, socks, tracksuits, balls and more to the Boda Boda football school in the Nandi Hills region in the west of Kenya. The club was delighted to help when a resident from Miranda de Ebro suggested this collaboration and, since then, their first overseas fan club has even been set up in that Kenyan town.

Some of the other LaLiga SmartBank clubs to have sent kit abroad have done so by working with footballers. That was the case when CD Leganés helped their player Sergio González, a member of the Asociación de Futbolistas Solidarios, with sending shirts and other pieces of training equipment to the Inter GB academy in Guinea-Bissau. Meanwhile, CF Fuenlabrada joined forces with former Equatorial Guinea international Benjamín Zarandona to deliver kit to various football schools in that African country.

Another country where aid has been sent over the past year is Lebanon. The two LaLiga SmartBank clubs from the Canary Islands, CD Tenerife and UD Las Palmas, have worked with the United Nations and the local Brigada Canarias to send sporting kit there, including shirts, shorts, socks and hats. CD Tenerife also sent English language copies of a comic book about their centenary year, which is 2022.

Those two clubs also worked together with another local organisation, Solidarios Canarios, to send shirts to Jalo Koto in The Gambia, allowing the children there to play out their version of a Canary Islands derby, with some wearing the blue and white of CD Tenerife and others the blue and yellow of UD Las Palmas. Such images highlight Spanish clubs’ desire to make a difference, as even clubs that are rivals on the pitch in LaLiga SmartBank will come together to support important causes.

All of these projects mentioned above have helped boys and girls around the world to build a better future. Thanks to these clubs, and the others in LaLiga SmartBank that have carried out similar initiatives in 2021/22, football has been a true force for good.