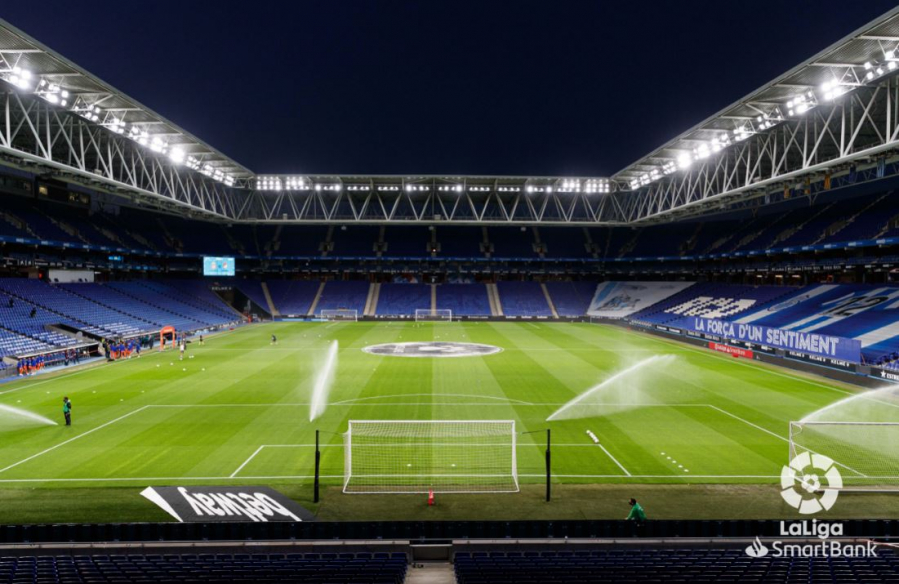 LaLiga SmartBank clubs increase sales through the power of ecommerce

After the coronavirus lockdown forced many physical stores to close, ecommerce became the only way for many retail operations to continue. Already a major trend before the pandemic, the worldwide growth of ecommerce increased a further 16.5% during 2020.

Many clubs in LaLiga SmartBank, Spanish football’s second division, run successful club stores but have had to quickly shift to an entirely online model to maintain incomes from merchandising.

Girona FC, Espanyol de Barcelona and Real Zaragoza have all seen their online incomes grow during the past year as a result of new initiatives and studying customer data. They shared some of the strategies that were adopted as well as their views on how the industry may have permanently changed.

Girona FC: Doubling online revenues
Aran Navarro, marketing director at Girona FC, considers ecommerce to have been “key” for the club in recent times. During the pandemic, especially during the period of strict lockdown between March and July, there was a major decrease in everything as brick-and-mortar stores closed. Even the online stores had an initial drop in numbers.

Yet things improved as the pandemic went on and the club now has positive numbers to report. “If we compare our current online numbers with those of last season then we’re seeing that we’ve doubled what we sold in terms of revenue,” Navarro said.

“Physical commerce has been reduced by 30%, partly because of the restrictions of the pandemic. We also don’t have the boosts in sales that we would normally get on matchday, and we can’t run special campaigns like we used to do in spaces like shopping centres or in the city centre. So, we are doing a lot more online. We’re seeing that what we lost on the physical side is almost being recovered on the online side.”

From the match shirt to leisurewear and pyjamas
One thing that Navarro has noticed has been with the types of items that are being bought. Leisurewear is more popular than before, as people spend more time at home than they used to.

He explained: “This year we’ve noticed that the match shirt made less sense. Before, people wanted to go to the stadium with the shirt that the players are wearing. That has changed this year. However, we have sold more training gear as well as leisurewear and pyjamas. Clothing that you wear in the house and on the street, like tracksuits, is working well for us. The match shirt remains the star product, but not as much as before.”

Adapting the online store to consumer needs
In light of the restrictions to physical retail, the Catalan club has organised digital activations and invested more into their online store.

As fan behaviour has changed, so too has the promotion of the ecommerce platform. “We haven’t promoted the shirt as much and have promoted other collections more because we know that people were looking for other products,” Navarro explained. “We’re going to continue with a lead generation strategy as this helps us to keep growing our database so that we can refine our promotions.”

There has been a need to adjust the pricing to encourage sales. “Before, fans would go to the stadium on a certain date to see the team and would order a shirt online or buy it in the physical store,” Navarro said. “Now, we have to generate the need and what moves people is the price.

We’ve created more promotions and more offers than ever before and we’ve clearly seen that people react to these offers.”

Online shopping that reaches foreign markets
The success of these campaigns has even attracted overseas interest. While mainly targeting local markets, approximately 5% of online sales have arrived from outside of Spain.

Currently all club promotions and newsletters are done manually with the help of an agency for the creation of adverts. While there are online advertising and social media campaigns, the club plans to invest more heavily in remarketing to create future success. “For us, it’s very important to keep growing the online business and a platform in this sense will help us with that,” Navarro added.

“The global restrictions have really accelerated this process of digitalisation and, as a result, this has promoted ecommerce,” commented Toni Alegre, the marketing director the club, adding that he believes consumer preferences will continue to move towards online models both domestically and internationally. “We’re benefitting from the fact that fans are gaining the necessary confidence in us so that we can become more and more relevant,” he said.

The importance of fans from China
For Espanyol de Barcelona, a club under Chinese ownership and home of Chinese international Wu Lei, ecommerce is allowing the increased sale of products and services to a potentially very important market. The club’s business in Asia has risen considerably in the past two years and Alegre insists that ecommerce has been the key facilitator in this.

Despite achieving important advances in ecommerce already, the Catalan plans to introduce a more diverse online offering in the next year. “Our goal is to incorporate as many services and products as we can in the online store,” Alegre noted. “As well as the classic online products related to merchandise, we think we can digitalise other things that will allow us to provide even better services to the most important group that a club can have, our fans.”

Real Zaragoza: Major growth in the online sphere
At Real Zaragoza, commercial director Carlos Arranz revealed that the increase in online sales has been “substantial” with 2020 bringing double digit growth compared to 2019.

The strategic importance of ecommerce was already central to the club with both marketing and promotional activities divided between online and offline channels. However, the shift towards online was already expected to increase before the pandemic, as the club identified the ability to reach more targeted sectors of the population, new initiatives to promote remote sales and internationalisation, particularly in Asian markets.

The blend of physical and digital
When conditions allow, Real Zaragoza will continue to make physical stores available for those who want it, while at the same time investing in the online store and related distribution channels. In this way, it will increase its availability in global markets and maintain its close service for local fans.

Beyond this, the club is investigating potential new partners for ecommerce growth. “Even though it might seem like something that would diminish sales from our own channels, we’re also working to open channels outside of the club to be able to reach even more people,” Arranz said.

“There are many crucial questions that we have to tackle in a thorough and continuous way,” Arranz concluded. “Growing turnover is part of the equation, while we also consider it to be equally important to promote the club brand through official products that reach more fans and more markets.”