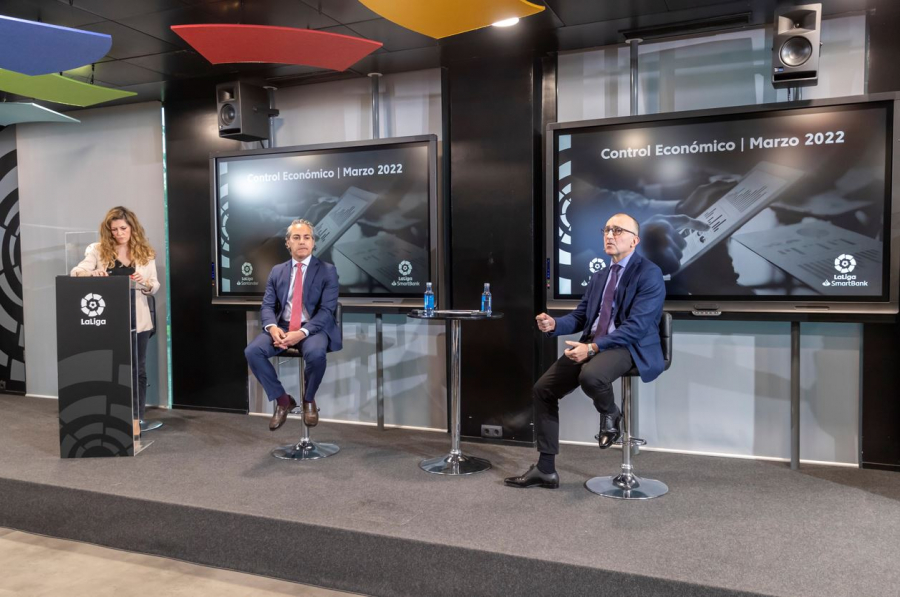 LaLiga recently published the latest Squad Spending Limits for the 20 clubs of LaLiga Santander and the 22 teams of LaLiga SmartBank, revealing how these limits, which form part of LaLiga’s Economic Control framework, have changed following the January transfer market.

In LaLiga Santander, 12 clubs saw their limits increase compared to what they were after the summer transfer window, while seven experienced reductions and Real Madrid’s limit stayed the same, with the capital city club still on €739m, which is the highest allowed spending amount of the division.

It is normal, therefore, for the Squad Cost Limit to go up for some clubs and down for others, as the limit for each club corresponds to a simple equation: budgeted non-sporting expenses are subtracted from the budgeted revenues, taking also into account the debt repayments.

The Economic Control framework was self-imposed by the clubs and SADs (public limited companies) of LaLiga in 2013, when there was a realisation that something had to change to guarantee the long-term financial health and sustainability of Spanish professional football.

The clubs themselves realised that a common financial review system would be beneficial and it was decided that a framework with a preventative nature would be employed, which is different to the Financial Fair Play of UEFA, where financial results are analysed after the fact. With LaLiga’s Squad Spending Limits, clubs know how much they can spend in advance.

FC Barcelona is not the only club currently over its Squad Spending Limit and the Economic Control framework has had measures for such a situation built into it from the beginning, as the objective is for clubs to start reducing debts while still being able to carry out necessary sporting operations. As such, there is a rule, in Article 100, that allows clubs to spend on new players 25 percent of any saving that is made and, in some specific cases, that can be 50 percent of savings.

As Gómez outlined: “At LaLiga, how can we encourage a club to generate positive profits at the same time as maintaining competitiveness? We want clubs to be able to keep signing other players at the same time as they try to move on players that cost more. So, we allow the clubs to sign players, but with some limitations. We can say ‘Even though you need to rebuild your savings, we’ll let you sign players but only with a percentage of what you save’. If a club has a squad of €400m, rather than not let them sign anybody the system obliges the club to save at the same time as they sign. So, if the club removes €100m from its squad, we let them use €25m of that saving to make new acquisitions.”

As a result of this system, clubs that are over their Squad Spending Limit can gradually ease back into the black from the red. Over the years, this has been achieved, highlighted by the fact that debts have been reduced in Spanish professional football over the past few years.

Even through a seismic event such as the coronavirus pandemic, which forced the world of football into an unprecedented three-month shutdown, the clubs of LaLiga Santander and LaLiga SmartBank have remained financially secure thanks to the Economic Control framework and the Squad Spending Limits.

As Gómez concluded: “We’re not worried, even knowing that some clubs, such as FC Barcelona or others, might have more problems than others. It has been shown that the system, the way it is set up, helps to resolve certain situations. We should highlight that there has been no failure to meet payment obligations through the whole pandemic, which shows the system is working.”