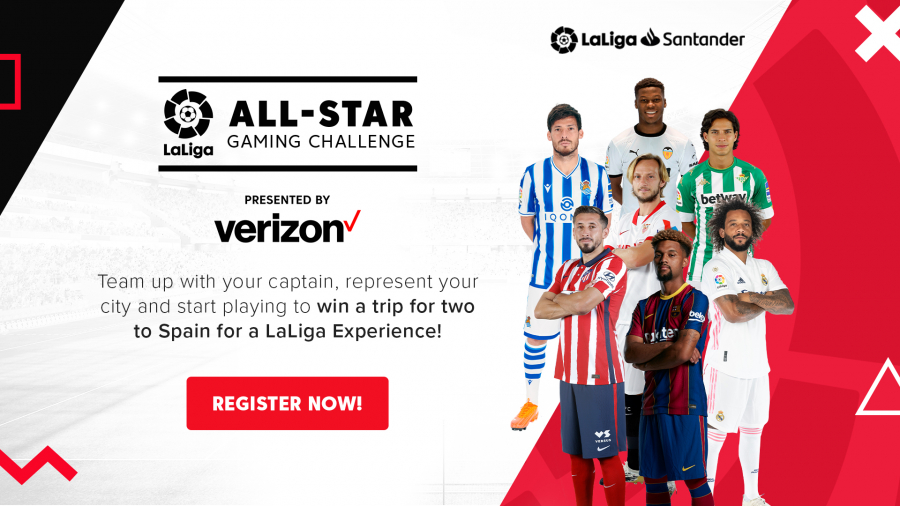 Following its strategy for growing its fanbase through engaging new content and experiences, LaLiga North America has joined with its partner Verizon to launch a new online platform for amateur gamers, featuring the EA Sports FIFA video game.

Featuring weekly challenges and showcase events, the new platform is a first-of-its-kind for amateur gamers of all levels. As well as the opportunity to compete, showcase their skills and meet their sporting idols, participants can also win a trip to Spain and experience LaLiga in person.

The programme is hosted by Olympian and former Colombia National Team Player Melissa Ortiz, Media Personality Mando Fresko, and FIFA Streamer RatedHugo. After signing up, participants are invited to compete in weekly FIFA challenges and answer general knowledge questions about LaLiga, which in turn makes them eligible to compete in showcase events across the USA.

Eight major cities will host these showcase events: Miami, New York, Chicago, Houston, Dallas, San Antonio, Los Angeles, and San Diego. Adding star quality to the experience, each event will feature a team captain and a LaLiga player, LaLiga Ambassador or gaming influencer who will engage with participants through meet and greet and masterclass gaming tutorials.

Former FC Barcelona and Atlético de Madrid player and LaLiga Ambassador Luis Garcia will be the captain of the San Diego event, while other captains in the programme include FC Barcelona and U.S. Men’s National Team player Sergiño Dest along with Mexico National Team players Diego Lainez (Real Betis) and Hector Herrera (Atlético de Madrid). More captains will be announced in the coming weeks.

A total of eight winners will be selected from the competition, based on participation and engagement. These winners will have the opportunity to win an all-expenses paid trip to Spain for an immersive gaming and LaLiga experience for them and a guest.

“LaLiga North America and Verizon are harnessing the power of gaming to build a community of fans from all over the country who share a common love of football,” said Patrick Lowe, Head of Partnerships for LaLiga North America. “From California, to Texas, to Florida, to New York, LaLiga fans will be connected in new ways, all with the chance for the ultimate prize; a free trip to experience LaLiga with a friend in Spain.”