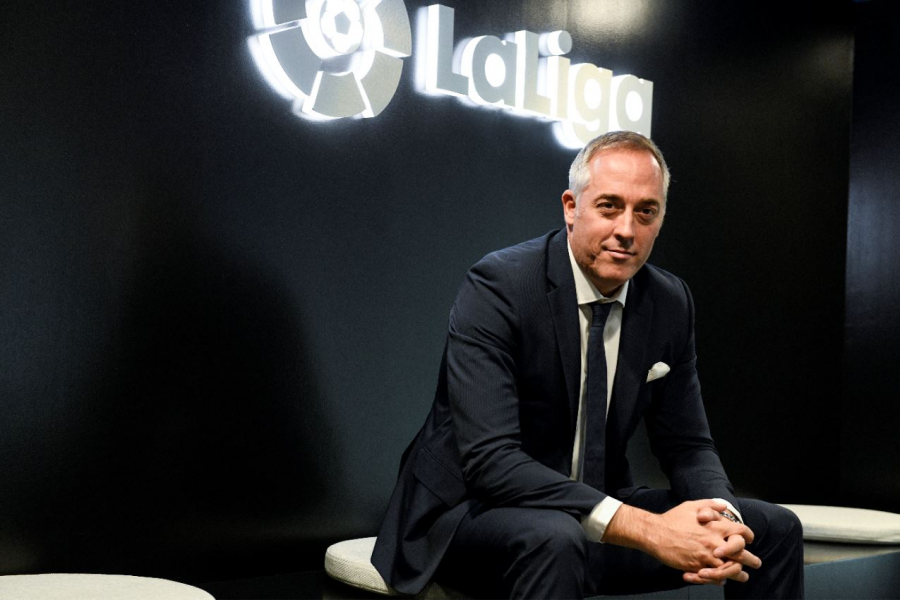 LaLiga, MEDIAPRO Group and Asian sports asset commercialization giant Super Sports Media have announced the creation of a joint venture in China, which is born with the aim of providing more resources for the exploitation of commercial assets and studying new ways of doing business in the Asian country.

The new company, which has been established for an initial period of 15 years on a renewable basis, will begin to operate immediately across the territories of mainland China, Hong Kong, Macau and Taiwan. It will work in parallel with LaLiga’s China offices and thus provide a great boost in the Spanish competition strategy in the region.

SFCM has been created in order to increase LaLiga China’s promotion and activation capabilities, which will benefit clubs and sponsors at a local level with exclusive advertising packages, the organisation of eSports tournament and the exploitation of other assets relating to LaLiga.

“LaLiga is joining together with two important partners in the business of sponsorship and licensing: Mediapro China and Super Sports Media, owner of the audiovisual rights for LaLiga in China and AFC (Asian Football Confederation) among other things. We want to continue growing and innovating in this market and working together with these partners will help us to strengthen our strategy and grow in new areas,” said Javier Tebas, President of LaLiga and member of the SFCM board.

SFCM’s board of directors wants to boost LaLiga’s strategy in the forthcoming years, providing it with greater funds and resources to face this new phase. Sergi Torrents, managing director of LaLiga in China, has been appointed its CEO.

Alongside Torrents, the board will be formed by Pilar Jiménez, CEO of MEDIAPRO Asia Pacific, as president, Oscar Mayo, Business, Marketing and International Development Director of LaLiga, as vice president, as well as Javier Tebas, president of LaLiga, Jaume Roures, sole administrator of Mediapro, and Yu Lingxiao, CEO of SuperSports, as board members.

“The joint venture represents an important step in LaLiga's commercial strategy in China. Mediapro and Super Sports Media become part of our development in the country, adding local expertise and new assets with which we hope to expand our pool of partners and licensees in the region,” said Sergi Torrents, director of LaLiga in China and CEO of the new company.

Meanwhile, Pilar Jiménez, CEO of Grupo MEDIAPRO Asia Pacific and president of the new company, added: “the knowledge of the Chinese market that MEDIAPRO Group has and the great specialization of Super Sports Media is the best foundation to ensure the exponential growth of LaLiga's presence in China, opening up great business opportunities for competition and clubs alike.”

The main local partner will be Super Sports Media, the leading marketing and sports media company in China, which is currently the exclusive media rights holder of all LaLiga rights in China distributed through its majority owned OTT platform iQIYI Sports and 18 regional TV channels in the country.

“The creation of this new company will provide us all with new opportunities. As a leading sports marketing company in China, we understand the needs of Chinese companies and consumers and have extensive experience in fields such as business sponsorship and brand promotion. We will now be able to deepen the cooperation between LaLiga, MEDIAPRO Group and Super Sports Media and thus expand the competition’s marketing capabilities in the country,” said Yu Lingxiao, CEO of Super Sports and member of the SFCM board.

The introduction of favorable match time slots for Asian countries, together with a continued commitment to growing the LaLiga brand and its clubs on the ground, has led China to become one of the most important countries in terms of marketing of audiovisual rights and the granting of sponsorships and licenses.

All this, together with the notable growth of LaLiga social media profiles on networks such as Weibo, Douyin and Wechat, and the continued audience growth in the country, has seen LaLiga establish itself as one of the leading sports competitions in China.