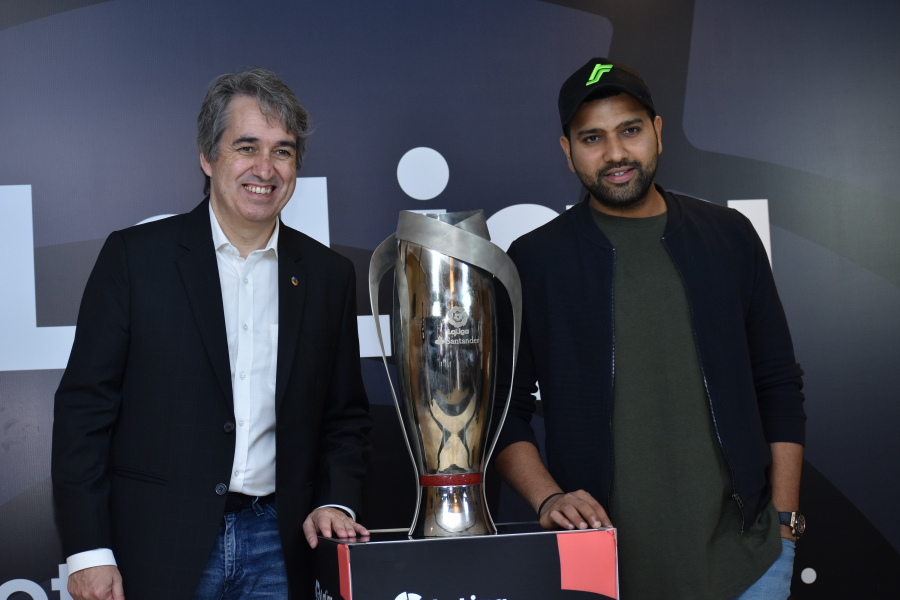 As reported by Forbes earlier this year, football has become the second most popular sport in India and its following is continuing to grow rapidly, with the local Indian Super League going from strength to strength.

Since arriving in the country in 2017 by opening its New Delhi office, LaLiga has maintained a physical presence in the country that works to develop the sport from a grassroots level and share expertise with local leagues, clubs and federations. The result is a stronger local game and increased brand presence for the Spanish competition in the country.

As a result of these efforts, LaLiga is now the most-followed international football league in India with over 3.5 million followers on social media. Its presence is set to increase further following two major new agreements with the country’s biggest gaming platform and one of its most recognisable sports stars.

The deal represents LaLiga’s first regional sponsor in India and will see Dream11 become the league’s official fantasy game, with fans able to build their dream team from LaLiga stars and deepen their knowledge of the competition.

Through the partnership, LaLiga is continuing its commitment to digital innovation, having been behind the creation of a suite of applications over recent years that have earned over 100 million downloads. LaLiga will collaborate with Dream11 to share this expertise and also develop the social media and physical presence of the brand across India.

“In India, fantasy sports have massive popularity and our association with the country’s biggest fantasy sports platform will help us widen our reach and introduce many new heroes of the league,” said Jose Antonio Cachaza, LaLiga's managing director for India.

Dream11 is the second Indian brand to join forces with LaLiga in recent months, with tyre manufacturing company BKT becoming a global sponsor of the competition this summer.

Rohit Sharma becomes LaLiga global ambassador
Also this month Rohit Sharma, one of the world's premier cricket batsmen, became LaLiga's first brand ambassador in India. As one of sport's most internationally renowned figures and the star of India’s number one sport, Sharma’s presence adds significant visibility to the league and will be a driving force in helping the further growth of both football and LaLiga in India.

"Football in India is undergoing growth and it's heartening to see that it is no longer considered a sleeping giant in the country in this regard,” Sharma commented.

“Credit must be given to everyone who has contributed to this growth, including the fans.”

“I am truly delighted to be associated with LaLiga and it's encouraging to see the Spanish giant making inroads into the Indian football ecosystem through its grassroots programme and other projects,” he continued. “Personally, I see this as an interesting journey for me into the beautiful game together with LaLiga. I eagerly look forward to connecting with football fans in the country."

Cachaza added: “In his persona on and off the field, Rohit embodies LaLiga's values and principles. We are delighted to have him as LaLiga's first ever non-footballing brand ambassador and as our representative in India.”

Growth projects across India
This latest momentum from LaLiga comes after two years of ambitious growth projects in India. This includes a first-of-its-kind broadcast partnership with Facebook that provides over all LaLiga matches for free to fans on the Indian subcontinent. Meanwhile its successful football development programme LaLiga Football Schools has reached almost 15,000 young players to date, assisted by expert LaLiga coaches stationed across the country.

Through these activities and more, the league is building a major new fanbase in a market that could soon become a football powerhouse.

Cachaza concluded: "India is a very important market for LaLiga from a global perspective. Since we came here in 2017, we've gained a better understanding of the pulse of the nation. Over the past two years, and after many ground-breaking initiatives, it’s clear that India has a huge appetite for football.”