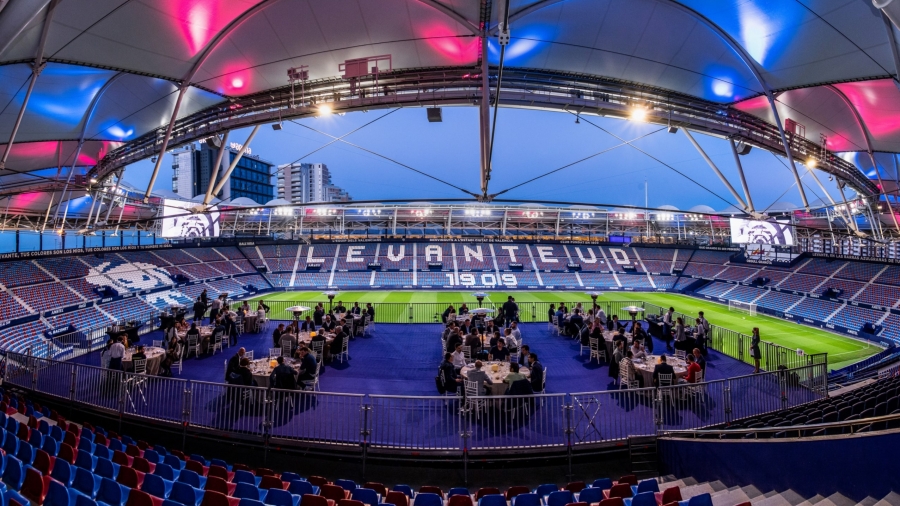 Following events in Barcelona, Madrid, Seville and the Basque Country, LaLiga held the fifth edition of its audiovisual production workshop in Valencia, attended by more than 65 people representing 35 broadcast rights holders from all over the world.

The aim of this event, which has returned to being face-to-face after the last edition was held virtually, has taken on greater relevance at a time when the value of audiovisual production and the fight against piracy is fundamental, as is the relationship with broadcasters.

Melcior Soler, Director of the Audiovisual Department of LaLiga opened the working sessions, before giving way to professionals from LaLiga, LaLiga Tech and Mediapro, who presented the main innovations relating to the audiovisual production of the organisation, from the most technical aspects, with drones, cinematic cameras and the integration of live graphics, to new projects concerning media content.

Soler detailed that “Innovation is a constant in LaLiga's audiovisual offering, giving broadcasters a quality product, as well as listening to their suggestions, to keep on improving”.

The event was also attended by representatives from other key areas of LaLiga and LaLiga Tech, who were able to present the most relevant innovations and projects in the field of content protection against piracy.

Specifically, these specialists highlighted the impact that piracy has on the sports and entertainment ecosystem, stressing the need to be able to act effectively and promptly against criminal activity which has a multi-million dollar impact on these industries.

Valencia clubs, hosts of the 5th edition of the workshop

Valencia was the city chosen for the meeting between the different broadcast rights holders from all over the world and the representatives of LaLiga, LaLiga Tech and Mediapro, who were able to enjoy the stadiums and hospitality facilities of the two teams that played against each other on Saturday; Levante UD and Valencia CF.

Day one, a visit to Levante UD's Estadio Ciutat de Valencia took place, where Quico Catalán, President of Levante UD and Luis Cervera, Director of Projects and Operations at the club, welcomed the more than 65 attendees and presented the new facilities at the stadium, which will undertake the second phase of its renovation project in the coming months.

In addition, the following day, to celebrate the Valencia Derby, there was a visit to Mestalla where the workshop attendees were able to enjoy the match and were welcomed by Anil Murthy, president of Valencia CF.

In both cases, the clubs highlighted the importance of having high-level, high-value audiovisual production such as LaLiga's, in line with the highest standards and that allows not only for a unique and recognisable audio-visual product, but one which also creates a connection with the fans.