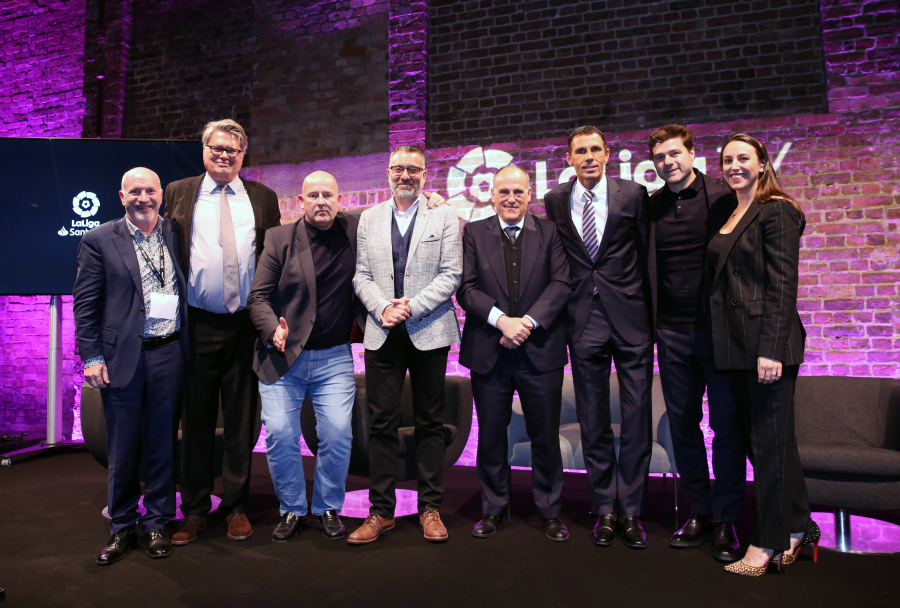 The UK is one of the world’s most mature football markets with millions following the game every week. Following a series of new deals this month, these fans in the UK and Ireland can get closer to LaLiga than ever before via LaLigaTV, the league’s 24/7 channel that is now available to an enormous TV and pub-going audience.

Offering ‘All of LaLiga, All in one place’, LaLigaTV is the first channel of its kind to be launched in the UK and Ireland, following the league’s broadcast agreement with Premier Sports. Aside from showing every available match from LaLiga Santander, amounting to more than 26 hours of live content at weekends, the channel carries original programmes every day of the week including studio shows, archive footage, documentaries, interviews and more.

“We are offering a greater range of programming than any other league has offered in this market, which is particularly exciting given the knowledge and interest that UK and Irish fans have in football,” said Roger Brosel, head of content and programming at LaLiga. “With this channel, fans can become real experts in LaLiga.”

Three distribution deals increase LaLigaTV visibility
LaLigaTV arrived in the region as part of the league’s partnership with Premier Sports and has been available on the Premier Player OTT service. But during January, three new developments were announced that bring the channel a potential audience of millions across the country.

On television, the channel has been made available to SKY TV subscribers on channel 435, as well as Virgin TV on channel 554 in the UK. In both cases, LaLigaTV is offered as an HD channel and does not incur additional cost to current Premier Sports subscribers. For new UK customers, the price of LaLigaTV as a standalone offering starts at just £5.99 per month.

This visibility on the region’s two largest pay-TV services offers LaLigaTV to a potential subscriber base of around 12 million households.

In addition, the channel will be consumed via viewing parties across the UK following an agreement with Stonegate Pub Company. The deal will see matches screened live on LaLigaTV in hundreds of locations, searchable via Stonegate’s We Love Sport app. It is the first time LaLiga has worked with a major UK hospitality group for in-venue activations. Pending the acquisition of Ei Group during 2019, Stonegate is poised to become the UK’s largest individual pub owner.

“Together with Premier Sports we are really stepping up the exposure for LaLiga in the region,” said Keegan Pierce, international development for UK and Ireland at LaLiga. “From pay TV to streaming platforms to pubs across the country, all with 24/7 content, we have put together a unique offering. In a market as busy and competitive as the UK, that is all important.”

Arrival in London
To mark the arrival of LaLigaTV in the UK, the league held an exclusive event in London that offered a taste of its programming, including a panel consisting of LaLigaTV talent and former LaLiga player and coach Mauricio Pochettino. The attendance of more than 100 media highlighted the enduring appeal that LaLiga holds in the country, while more than 1 million impressions from LaLiga’s social media content indicated that public interest is also high.

Offering recognised Spanish football experts such as Guillem Balagué, Gus Poyet, Graham Hunter, Simon Hanley and Semra Hunter, all of whom took part in the launch event, many of LaLigaTV’s presenters are already known to the UK public. Combining their insights with dedicated programmes and live matches represents a complete package for local fans, while showing the league’s commitment to an influential global market.

Speaking from the event, LaLiga President Javier Tebas added: “The UK is very important for us and we are aware that there are many followers of Spanish football here. We owe it to these fans to give our competition as much exposure as possible and offer a world-class entertainment product, which is exactly what LaLigaTV is.”