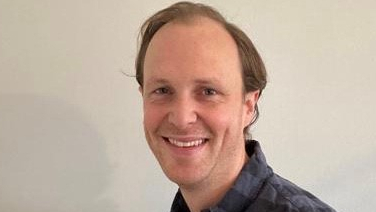 Technological innovation is playing a growing role in how fans consume football across broadcast and digital media and a mutual interest in this trend was part of the motivation behind LaLiga and LiveScore signing a three-year global sponsorship deal at the beginning of the 2019-20 season.
For both organisations, the global pandemic was a disruption to their core business offering and how they planned to activate this partnership but despite these challenges, they have continued to develop ways to engage and enhance the fan experience.

Servicing over 56 million monthly active users in over 200 countries through its website and app, LiveScore has a global audience and wanted to work with an organisation like LaLiga that had a similar if not bigger global fanbase and could help accelerate its growth.

“LaLiga undoubtedly has a reputation as one of the best football leagues in the world”, said Will Thomas, Head of Sponsorship at LiveScore Group. “We want to align ourselves with leading sports institutions that share similar ambitions to us, centred around growing fanbases, speed, reliability and digital innovation. We found LaLiga reflected many of these qualities.”

Every time Replay360° is used in a broadcast, which is on average six times per match, LiveScore is displayed as the presenting partner that makes this broadcast innovation possible.

In the brand’s focus markets, nearly half of all those that are aware of the sponsorship attribute this to LaLiga’s TV broadcasts and assets such as ‘360° Replay, powered by LiveScore’.

“Early indications through our research suggest that we are beginning to get some cut-through in terms of sponsorship awareness in many of our focus markets, amongst both LaLiga fans and LiveScore users”, Thomas added.

“Millions of fans watch LaLiga matches and follow their social channels, where we regularly appear, so the rights have been a solid base for us to work from.”

The Replay360° technology is still a relatively new broadcast innovation and one that fans appreciate, as LiveScore has discovered. “It appears as if the fans love seeing goals from this unique perspective, as engagement sentiment has been very positive,” Thomas said. “LiveScore is in the business of providing goal updates and scores to football fans, so building on this association is both obvious and important to us.”

Adapting to a global pandemic
The arrival of the coronavirus pandemic forced businesses in all industries to adapt. When it came to the sponsorship agreement between LaLiga and LiveScore, some adjustments had to be made and both parties had to think on their feet.

“We want to enhance the LiveScore user experience through our sponsorship assets, providing better content and more unique fan experiences and rewards,” Thomas explained. “Clearly, the pandemic has made this more difficult as it has been impossible since March to utilise things like match tickets, hospitality and ‘behind the scenes’ access. So, we have really focused on what we call ‘the controllables’ and that is broadcast and digital.”

To accomplish this, LiveScore worked with LaLiga to produce unique video content. “We have collaborated with several past and present LaLiga players such as Steve McManaman, Patrick Kluivert, Marc Bartra, Ivan Rakitić, Saúl Ñíguez and Samuel Chukwueze, as well as LaLiga President Javier Tebas, which is enabling us to provide regular engaging content that fans are already enjoying,” Thomas added.

With approximately 25% of LiveScore users actively following LaLiga, there was keen interest in this content amongst its own userbase, as well as the millions of followers of LaLiga’s digital channels. The first ‘LiveScore Challenge’ films featuring players, as well as accompanying interviews are already available on LaLiga’s and LiveScore’s social media channels and have been received well by all parties. Approximately 25 individual videos will be released between now and the end of the 2020/21 season.

Acceleration in the OTT space
With stadiums around the world having had to close their doors due to the pandemic, the broadcasts of matches have become more important than ever. To further underline its standing in the live sports arena, LiveScore launched a free-to-air live streaming service in June of 2020.

“We’ve been delighted with the response at this early stage,” Thomas revealed. “LiveScore app users in the UK, Ireland and Nigeria are now able to access live matches from some of the top football competitions around the world and over 70% of app users in each of those markets have watched a match so far. Furthermore, 25% of those viewers have gone on to watch more than 10 live matches - a sign that our users are enjoying the action we’re providing.”

This move towards over-the-top (OTT) streaming is a trend has been accelerated by lockdown and, according to LiveScore, is set for major growth. “We hope and believe that OTT will continue to become an increasingly important part of how consumers choose to watch live and on-demand sport,” Thomas said.

“Whether through websites, apps or connected TV, our ambition is to provide our users with access to video content in the most accessible way possible.”

He continued: “With general viewership trends moving in this direction it’s inevitable that OTT will account for greater distribution in the future. We had observed this trend and taken the decision to launch our free-to-air live streaming service prior to the pandemic. However, it’s fair to say that we’ve witnessed a significantly larger trend towards OTT consumption this year than we might have expected, due to the current climate.”

LaLiga and LiveScore’s ongoing technological innovation
As it continues to enhance its own OTT service, LaLigaSportsTV, LaLiga will be in a position to share new findings with partners such as LiveScore that are looking to develop similar offerings themselves. More broadly, the companies will continue looking for ways to stay ahead of the technological curve and bring forward-thinking ideas into development.

Given the global reach and wide user base that both organisations have built, data will be a vital resource for detecting new trends. “The provision of insight is something we work closely with rightsholders on to shine a light on the popularity of specific competitions around the globe and how LiveScore streaming its content can influence this in a positive way,” Thomas outlined.

For example, LiveScore can provide information to LaLiga on the level of interest in certain fixtures and teams in certain markets and how this compares to other leading leagues and clubs around the world.

“From a research and development sponsorship perspective, we are continually sharing key findings with each other on the successes and challenges of the partnership,” Thomas noted.

“From a broader business perspective, outside of the confines of the sponsorship, we are a digital global content business that is accessible to sports fans all over the world and we are always open to providing advice and support to our trusted partners.”

“We are still in the infancy of our partnership, but I am sure future innovations will come as we continue to work together,” he concluded.