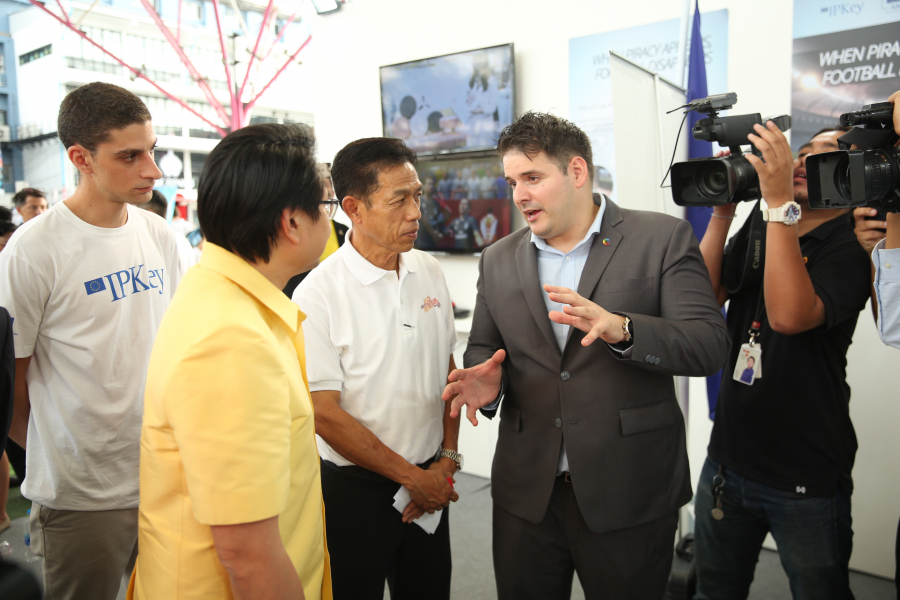 LaLiga Global Network in Thailand: “In quarantine, you have to stay creative”

With 22m people visiting each year, Bangkok is the number one tourist city in the world, according to a study published by Conde Nast. But for the past three weeks, streets that are usually filled with thousands of people have emptied as the COVID-19 pandemic has taken hold. The disruption in daily life, like so many other places, has been significant.

“As well as zero tourists, thousands of people have left the city because they’ve lost the jobs they had here,” said Jose Maria Gotor, the delegate of the LaLiga Global Network who has remained in the city with his wife and two young children.  “Between 10pm and 4am there is a curfew which prevents anyone from leaving the house. We haven’t seen anything like this before.”

One of the most typical sights of Bangkok are its many street food stalls but under the current measures, these are closed until further notice. “This is extraordinary because many houses here don’t have a kitchen, even in wealthy areas,” said Gotor. “Eating outside is a way of life and now this has been taken away. The longer this goes on, the more people will struggle.”

Originally from Madrid, Gotor had the opportunity to return to Spain when quarantine measures began but has elected to stay in the country he now calls home. “Staying put is ultimately the safest option you can take,” he explained. “Especially with a new baby.”

As a result, Gotor is one of the only business representatives of a major European league currently working from Thailand. As he has been doing for the past two years, he is focused on building constructive relationships with local stakeholders and building the profile of LaLiga in Southeast Asia.

Despite the significant changes that have occurred in recent weeks, Gotor’s efforts are ensuring that the league maintains its strong local reputation by staying close to local stakeholders and fans.

Over 2 million local followers
With 46 delegates positioned around the world, the LaLiga Global Network was established to give LaLiga a physical presence in markets across all five continents. By putting down roots in countries from Australia to Tanzania, delegates have established unique working relationships that have helped to drive new followings and commercial relationships.

From his base in Bangkok, Gotor is responsible for relations in Myanmar, Cambodia and Laos as well as Thailand. Among other successes, he has raised the profile of the competition to the extent that is has more than 2 million social media followers in the region.

Through producing new digital content, LaLiga is keeping these audiences engaged and entertained during the lockdown, while other commercial stakeholders are being engaged daily via video conference and telephone.

“In these countries, having a physical presence is very important to building a business relationship,” Gotor noted. “We have trusted relationships here that we have been able to continue via internet and phone without disruption.”

Developing local football
One of the key successes that Gotor has achieved during his time in Southeast Asia has been the growth of local grassroots football, supporting the league’s objective to develop local leagues and build strong working partnerships.

After signing a memorandum of understanding with the Thai league in 2018, LaLiga succeeded in staging friendly matches in Spain for Thai under-15 and under-16 youth teams, who took on teams from LaLiga academies. The idea is to continue these ventures when travel allows, so that the two football cultures continue to learn from each other.

“Our work has helped us to meet more fans and explore new opportunities for Spanish clubs in the region, whether they are large or small” Gotor added. “These are activities that other leagues have not been able to do.”

“The ultimate objective is to be the number one foreign league in this market and we know we are on the right path by helping the local game to develop and making sure our clubs are a central part of it.”

Returning to action
These types of football projects are now on hold but Gotor is preparing for them to return with an even bigger impact than before. “We are working really well as a network and sharing ideas internally, from Madrid to Singapore,” he said. “It doesn’t depend on us to solve the health crisis but we do need to maintain the focus that we all have. Ultimately in quarantine, you have to stay creative and persistent.”

Whether the current measures stay in place for a matter of weeks or months, Gotor is confident that the league is continuing to build on its positive momentum and when the time comes, it will create new activations that take this reputation to the next level.

“Depending on the time of year we have big projects that will be put into motion and will excite people,” he concluded. “I can’t say explicitly what they are, but I can tell you for sure, we will be ready.”