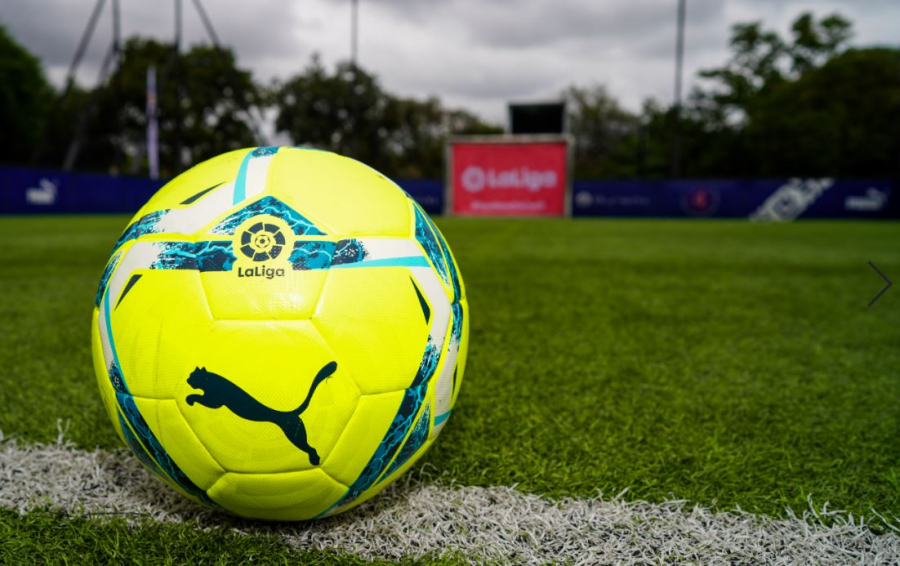 LaLiga’s first office in Africa was opened in 2015 and after more than five years working in the continent, the competition has grown to become one of the most popular for African football fans. For LaLiga, Africa is the fastest growing region in terms of audiences, while media exposure doubled during the 2019/20 season.

Marcos Pelegrin, managing director for LaLiga in South Africa, remarked on the rapid expansion in the region, saying: “Looking at some figures, it’s amazing how fast we´ve been growing. Five years ago, many countries couldn´t even watch LaLiga and now we have five regional partners and more than nine million followers on social media.

A key pillar of LaLiga’s internationalisation initiative is to have a physical presence in the countries that the league is exploring. That’s why the LaLiga Global Network was created and Pelegrin believes that the delegates based across Africa have been the main driver of the successful growth.

As Pelegrin said: “What makes the difference is the team we deployed in the region, which amounts to almost 20 professionals, and our local approach. To connect with the fans, we need to listen to them, speak their languages and understand how they want to consume LaLiga. For example, last season on social media we posted in more than 30 local languages and executed over 100 activations in Africa.”

Commercial and broadcast partners
With local delegates and LaLiga’s Johannesburg offices, the competition has built a significant platform in the continent. From this point, an important range of local agreements has been made.

As Pelegrin continued: “We started with no partners in Africa back in 2015 and now we have five: Safaricom, Big Cola, GB Foods, Hollywoodbets and M-Bet. These regional partners, along with global ones like Puma and Budweiser, are key to our growth. They help us to penetrate and expand across new markets. We are so passionate when it comes to creating new projects that serve our partners well and resonate with local fans.”

To reach a broader range of fans, LaLiga has also seen an evolution in its broadcast partnerships.

“We´re here to bring LaLiga closer to its fans and broadcasting is our main point of contact with them,” Pelegrin continued. “This season looks very exciting because of new features with our long-term partner SuperSport, which added an exclusive LaLiga channel. There are also the new agreements with partners like StarTimes or the free-to-air agreements we have made in 14 countries.”

The strategy to bring LaLiga to more TV viewers is already showing results as broadcast audiences have grown by 27% this season. “A highlight is South Africa where we are seeing 57% growth,” Pelegrin added.

Growing through digital in 2020
The growth achieved by LaLiga in Africa has been achieved despite the coronavirus pandemic that presented multiple hurdles and obstacles for the football industry. “Last year was incredibly challenging for everyone but also made us think outside the box and develop new initiatives to keep engaging with the fans in Africa,” Pelegrin recalled.

Pelegrin went on to outline the key strategies while in-person events cannot be held: “We developed digital watch parties, competitive gaming tournaments, new content formats along with top-tier media and broadcasters and fan engagement activities like ‘LaLiga Comes Home’, which brought the ultimate watching experience to a fan’s house,” he said. “This initiative, which was held in conjunction with regional sponsors, also included the presence of former South African footballers.”

In particular, the pandemic and the lockdown accelerated several digitalisation projects. “Even though digital was already crucial within our strategy, COVID-19 forced us to focus more on it,” Pelegrin explained.

“For 2021, the most exciting initiative is ‘LaLiga Xtra’, a platform to offer exclusive content and experiences to the fans where they will be able to read, watch, play and interact with the competition.

We also launched the first eLaLiga Santander tournament in which African players were able to also enrol in and this has been massive success. Also, we launched a project with SuperSport named ‘LaLiga Essentials’ which focuses on digital content distributed through their channels.”

The benefits for clubs
LaLiga’s efforts in Africa, as with all other markets, is the determination to assist and support Spanish clubs. From the South Africa office, Pelegrin and his team worked with 15 different LaLiga clubs on global growth projects last season.

“We focus a lot on working for the LaLiga clubs, creating tailormade plans, events and strategies because clubs gaining presence in the region is key for sustainable growth in the future,” he said.

“We have worked on projects like the Real Betis academy that was recently opened in Zimbabwe. That’s very positive for the club and for expanding the league´s knowledge. Over the years, there have also been friendly games hosted in South Africa, Tanzania and Nigeria, matches that saw local professional sides take on LaLiga teams such as FC Barcelona, Sevilla FC and Atlético Madrid.”

Five years to be proud of
While the competition has not been able to hold its typical range of events in the past year, LaLiga’s foothold in Africa has strengthened in 2020. To mark its fifth anniversary, the league was able to hold small five-a-side football tournament and traditional South African ‘braai’, with attendance from the journalists, sponsors, influencers and partner that make up the competition’s expanding network.

“I’m very grateful to everyone who, through the past five years, has made it possible to put LaLiga where it is right now with such a bright future ahead,” Pelegrin concluded. “We are incredibly excited to go back and organise live events and interact with our fans.”