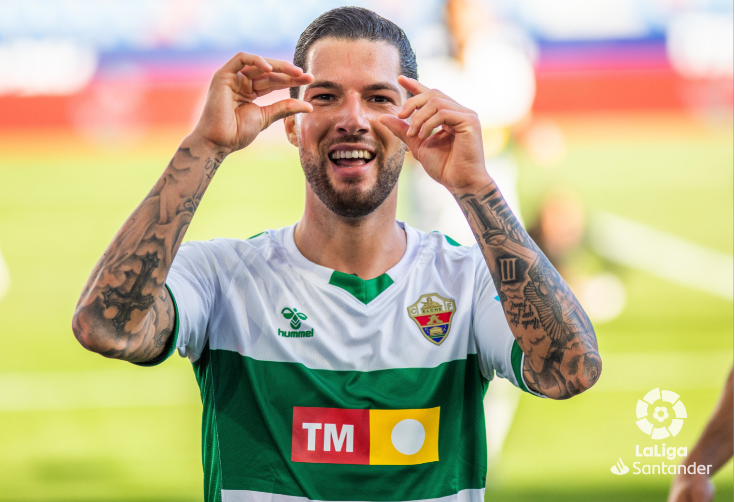 How Elche CF is building the club’s brand in Asia

From songs in the bars of Guangzhou to mobile screens in Japan and digital displays in Shanghai, Elche CF is beginning to appear across Asia at an increasing rate.

Working alongside LaLiga, the newly-promoted club from the Valencian Community has wasted no time in broadening its horizons and increasing its visibility to an international fanbase.

Through media exposure, digital activations and commercial agreements, the objective is to build lasting relationships across the market that can set the foundations for new growth both on and off the pitch.

The Asian market as a focus for business development
With a surging interest in football and a population of billions, the Asian market presents a huge opportunity for football clubs looking to internationalise. Equally, the scale of opportunity makes it difficult to determine where to start.

“The Asian market offers various opportunities that we are trying to fully make the most of,” the club commented. For us, the first step was taken in Japan thanks to the presentation we had a few months ago for the sleeve sponsorship deal we have with Japanese brand Sfidante.” The app development and online services company has been partners of Elche CF since 2017, opening a potential route for the club into the Asian continent.

Another curious link to the club can be found in Guangzhou, China. In the city outside Hong Kong, the Peña LOM fan group has been created for local fans to show their love for the LaLiga Santander side. The group recently caused a stir online by sharing a rendition of the “Mucho Elche” anthem.

“The next steps are to start opening up new opportunities in other Asian countries, as has been the case with China, where we’ve started to take part in some activations,” the club continued. “From there, the objective is to keep establishing other Asian countries to try to roll out a medium-term strategy.”

The current coronavirus situation means that clubs must be particularly creative with international growth, given the difficulties in travelling. For this, Elche is working closely with LaLiga.

“Right now we’re putting effort into the creation of digital content that is attractive for the markets we want to target,” the club revealed. We’re also participating in virtual events by making the most of the opportunities offered by LaLiga and the LaLiga Experience project.”

Satisfied with the visibility achieved
As part of these collaborations with LaLiga, the club participated in the global ‘Kick out 2020’ campaign that the league organised in December 2020 with Spanish tourist institution Turespaña. Through this, its match against Atlético Madrid was seen by groups of fans outside Roosevelt House in Shanghai.

The event was attended by journalists, agents and other select guests and tourist operators from Shanghai, who were invited by the organisers to help promote the match. This brought significant publicity for Elche CF through media and digital platforms.

“Our assessment was very positive,” the club said. “It’s the first time we’ve done an event like this with LaLiga and we’re extremely satisfied with the visibility achieved.”

As part of this watch party, videos of the cities of Elche and Madrid were shown along with details of nearby tourist attractions. The significance of Elche to the tourist industry of the Valencian Community and of Spain was also highlighted. Current Elche CF first-team player Emi Rigoni even sent a message with greetings for those watching on from China.

Adapting content to the preferences of each target country
These activations show the start of a brand being created in Asia, but Elche is aware of the work that lies ahead. “It’s important to develop an internationalisation strategy for the long term, identifying which countries to focus on and the ways in which the strategy can be implemented,” the club continued.

“It’s important to know the latest trends in each place and to establish cultural links, focussing on social media growth to bring in new followers and to strengthen engagement,” the club concluded. “This can also lead to the creation of more fan groups that can help promote the club around the world.”