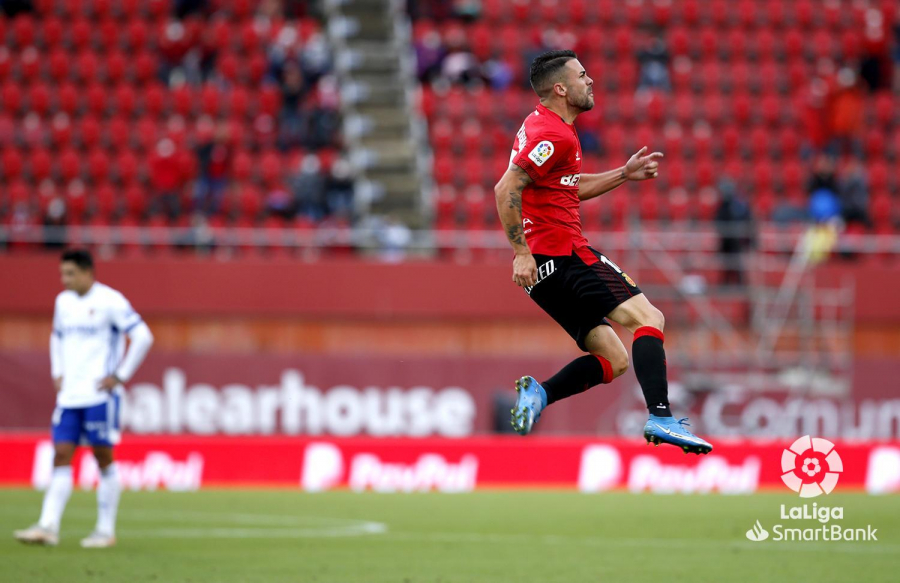 How LaLiga’s economic control creates a virtuous cycle for clubs

In 2013, LaLiga and participating clubs created a system of economic control that ensures all teams spend within their means.

This has brought many practical benefits for Spanish clubs and has created a virtuous cycle that has proven strong enough to withstand a circumstance as disruptive as the coronavirus pandemic.

At a recent panel for Soccerex Connected 100, LaLiga’s Corporate General Director José Guerra explained how the competition’s economic control came to be and how it has improved Spanish football.

“The clubs were aware that they needed a system in order to be sustainable in the mid-term and long-term,” he said. “It was the clubs who approved the control, it’s something they wanted to ensure they were all playing by the same rules.”

‘Six years ago, it would have been impossible to see a club like Granada in the Europe League’
With all clubs working under the same mechanism, there is greater competitive balance that allows smaller sides to compete with historically bigger clubs if they make astute decisions.

Granada CF is a recent example of this having reached the quarterfinals of the 2020/21 Europa League, just one year after promotion back to LaLiga Santander.

Patricia Rodríguez, Board Member at Granada CF, reflected on her club’s success and the role economic control played. “Economic control has been very important for increasing the competitive balance,” Rodríguez said. “For a club like Granada, or other mid-table clubs, it allows us to progress year by year.”

For Rodríguez, economic control helped launch a period of prosperity, partly because it paved the way for the centralised sale and distribution of audiovisual rights money in in 2015. She said: “We started distributing revenue in a more democratic and equal way because we had implemented a cost control.”

“Six years ago, I think it would have been impossible to see a club like Granada playing in the Europa League,” she continued. “This was made possible because we’ve had all the clubs of LaLiga working in the same way, with a more equal distribution of revenues. It’s a consequence of the economic control of LaLiga.”

‘Why not invest in LaLiga?’
Although economic control prevents Spanish clubs from exceeding spending limits, the overall level of revenue and spending has increased in Spanish football over the past several years. One of the key factors is that the control has created a more balanced and healthy competition, resulting in an attractive on-the-field product that also gives confidence to investors.

Alfonso Díaz, CEO of Business at RCD Mallorca, has experienced this first-hand with new owners entering the club in 2016. “The historical concerns of investors when they want to invest in football clubs is whether or not there is transparency and professionalism, as well as looking at the problem of hiding debt within the clubs,” he said. “Our new owners found that, after the economic control started, we had a transparent and controlled environment. They said: ‘why not invest in LaLiga?’”

The confidence of commercial partners
The reputational boost of LaLiga’s economic control also applies when it comes to the relationships with broadcast partners, sponsors and financial institutions.

“Financial institutions are also confident in LaLiga,” he continued. “They know that the payment of debt is included in our economic control system, meaning clubs are going to comply with their responsibilities. This means we are creating a virtuous cycle, where the clubs are able to generate profits that can be used to invest in players or infrastructure, without creating debt.”

Long-term investments
Across LaLiga, the money saved by not exceeding financial limits is being redirected into long-term growth projects. “We have to continue investing in the club as it’s the only way to grow,” Díaz remarked, “but it’s important, at the same time, to pay off the debt we have to ensure the sustainability of the club. Economic control ensures that we won’t go over our financial capabilities; it prevents us from putting the future of the club at risk.”

“We are trying to invest in the future and infrastructure of the club, not only in the sporting side but also in the facilities,” Rodríguez added. This includes the club’s Nuevo Los Cármenes Stadium, with Granada CF looking to follow in the footsteps of clubs such as Real Sociedad, Real Madrid, CA Osasuna and Levante UD in redeveloping their grounds.

Because they know their rivals can’t overspend on their playing squads, Spanish teams can think about short-term and long-term investments at the same time.

Recovering from COVID
As with the entire global economy, the medium-term for sports is significantly affected by the coronavirus pandemic. However, the economic control of LaLiga is helping to soften the blow. LaLiga was the only of Europe’s five major leagues to post a profit for 2019/20, which is partly because the economic control spending caps forced clubs to cut outgoings, whereas other European teams maintained higher spending in the transfer market.

“The economic control has basically not changed in these two years of the coronavirus,” Guerra said. “This is going to produce a very good result in the medium-term, in two or three years. We think we’re going to see clubs in trouble all around Europe, but we don’t think we are going to see that situation in Spain.”

Spanish clubs share this optimism. “Due to the determination and the regulations we have in LaLiga and within the clubs, I believe that we will leave the crisis in a better position than other main leagues,” Díaz added.

This confidence reflects a significant change in culture that has been achieved in Spanish football finance over the past seven years.

“Spain used to have problems paying players, other clubs and the tax agency,” Guerra concluded. “But, in the end, economic control has changed this negative spiral into a virtuous cycle. We’re growing and growing while being able to maintain the sustainability of our clubs and the capability of investing in players and infrastructure.”