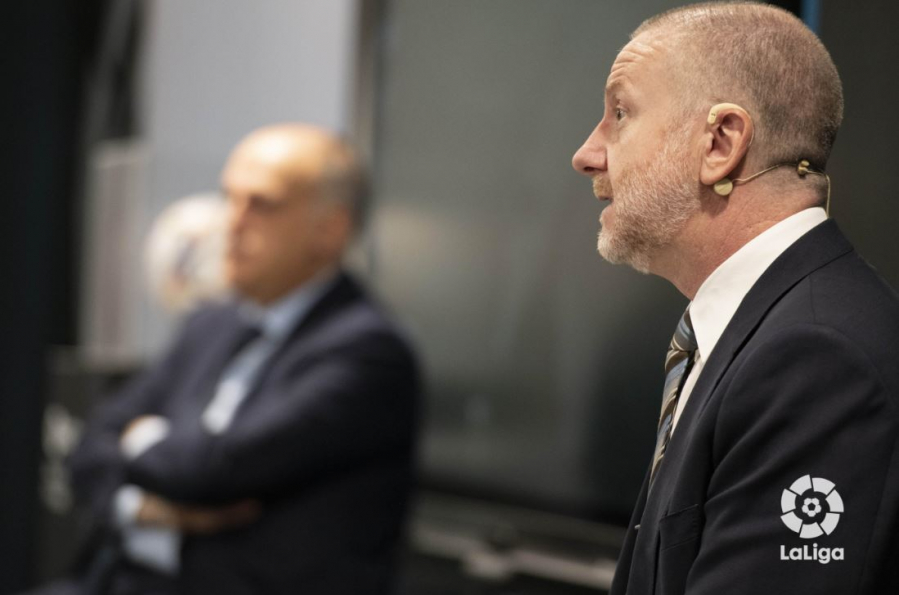 How LaLiga economic control has been applied during Covid-19

The coronavirus pandemic has required almost every industry, including the football industry, to make adjustments after suffering financial challenges. At LaLiga, the competition assumes responsibility for all 42 clubs of LaLiga Santander and LaLiga SmartBank, helping them adapt to the current situation as quickly as possible.

Since the suspension of competitions in March, LaLiga’s system of economic control, created in 2013, has been more valuable than ever. Under the measures, clubs have been able to adjust their cost structures to tackle the immediate effects of the pandemic.

Central to this have been squad cost limits, the amount of money that clubs have available to spend on player transfers and wages. Owing to the impact that the pandemic has had on the entire industry, this amount has decreased from previous seasons.

By working under reduced budgets during this season and maybe beyond, LaLiga clubs are demonstrating their commitment to putting financial responsibility first.

“Economic control was created precisely for extreme situations like these,” said Jose Guerra, corporate general director of LaLiga. “We work for the sustainable growth of LaLiga clubs and that is what the economic control will achieve.”

Explaining LaLiga’s squad cost limits
Since 2013, LaLiga’s economic control department has worked with an internal group of analysts to review historical finances of every club to establish a squad cost limit for the season, which is confirmed before the new transfer window opens.

The squad cost limit represents the total amount that clubs can spend on their first-team players, first-team coach, assistant coach and head physio, as well as their reserve teams, academy and any non-registered squad players. Clubs are free to choose how much of this to spend on transfers or on wages, provided the overall limit is not exceeded.

Unlike measures such as UEFA Financial Fair Play, LaLiga and its clubs agree these cost limits before spending takes place, rather than after the fact. Working in this way, clubs are aware of the amounts that can be spent in advance, meaning they can more easily comply with their limits and avoid the creation of unsustainable debt.

Changes for the current situation
In advance of the summer transfer window, LaLiga made small adjustments to the assumptions behind squad cost limits, considering the impact of Covid-19.

Clubs have built their budgets for the season with adjustments that cover the loss of ticketing, match-day commercial sales and broadcast incomes, among other losses.

These losses were applied when calculating the limit for each club, which also consider factors such as profits and losses from the previous years, overhead costs, non-player contracts, current savings, any existing debt repayments, investments and sources of external financing.

In total, the amount available to clubs across LaLiga Santander and LaLiga SmartBank decreased by over €600m when compared to the 2019-20 season.

“These measures affect all clubs differently according to their current situation, but across the competition we have seen all clubs show extreme responsibility when it comes to current spending,” Guerra said. “We are adapting to exceptional circumstances that require immediate action.”

In order to help clubs manage the effects of these reductions, LaLiga has temporarily reviewed a series of its economic control measures, including removing penalties for clubs that exceeded their squad cost limits due to the coronavirus effects. In addition, there is the possibility to make advanced parachute payments to relegated clubs and make early payments of broadcast revenue incomes to LaLiga SmartBank clubs.

The totals are in regular review by LaLiga as the effects of the pandemic continue to unfold. Currently, the limits are expected to decrease further as matches continue to be played behind closed doors, meaning the continued loss of matchday income.

“We are working with clubs on long-term plans and know the big reductions that some clubs need to make cannot be done overnight,” said LaLiga President Javier Tebas. “We are not going to be as demanding with clubs as in recent years; rather than imposing sanctions we will work together to find ways to overcome our current challenges, be they wage cuts or encountering new sources of financing. Clubs know this is a process that will take more than a few months to resolve.”

Showing financial responsibility in the transfer market
The effects of the new squad cost limits were immediately apparent during this season’s summer transfer window, where LaLiga clubs showed extreme discipline to reduce spending by 66%.

Having been the second-highest transfer spenders across the major European leagues in 2019, LaLiga became the second-lowest spenders in 2020, showing the largest decrease in transfer outlay.

While clubs were still able to make €476 million in player sales, this total has dropped by 60% when compared to 2019, once again the largest decrease across the top five leagues.

“It is only through economic control that clubs have been able to make such a quick adjustment,” Tebas said. “Other leagues know that changes have to be made but it requires a clear system that is adopted by all clubs for these changes to come about.”

Securing the long-term health of the industry
Although LaLiga clubs made the largest spending cuts of the major European leagues, it did so from a position of relative financial strength. Having worked under economic control measures for the past seven years, LaLiga has been able to achieve greater financial stability across the competition, making it a more attractive proposition for investors and broadcasters.

LaLiga clubs can access a complete analysis of transfer market spending across the five major European leagues, as well as keep track of their own squad cost limit, via the data dashboards that the league has developed, allowing them to monitor new developments closely and from a single location.

According to last year’s transfer market analysis, LaLiga had the greatest balance between transfer spending and income across the major leagues, underlining its focus on sustainability and avoiding the creation of debt.

In addition, LaLiga suffered comparatively low broadcasting rebates from the 2019-20 season as a result of the pandemic, when compared to other major European competitions.

“This is the reality of the situation our industry is in,” Tebas said. “It is surprising to see high spending continue elsewhere, especially when we see clubs looking for additional government support or external finance. The pandemic requires everyone to make big changes.”

Since creating its economic control, LaLiga has been open to sharing its approach with leagues and federations around the world in order to help strengthen the entire industry. With a period of transition ahead, such measures may be more important than ever.

“What we are trying to do is ensure our industry is sustainable, not just this season but in future seasons,” Tebas concluded. It is not a bed of roses, but we think we are doing what has to be done.”