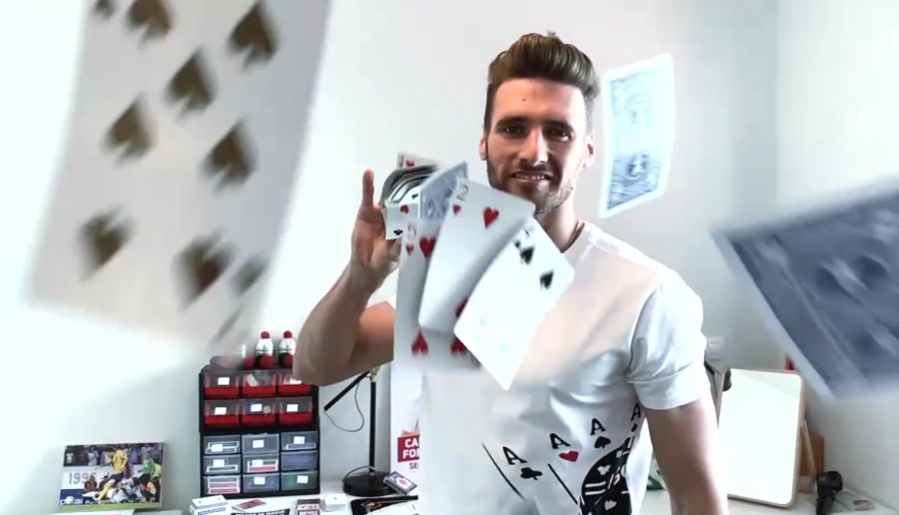 With ‘stay at home’ measures in place around the world, broadcasters have been adapting their content in order to keep audiences entertained. At LaLiga, this situation was quickly acknowledged and a strategy was put in place to create additional new programmes and support all  broadcast partners.

To observe social distancing, the team in Spain has taken a creative approach. Instead of regular camera crews and editing studios, the content is being produced remotely and with LaLiga players (or their families) even playing the role of camera operators.

As a result, three new shows have been created from scratch, thanks to collaborations between LaLiga and the clubs. LaLiga’s national and international broadcasters, including the league’s own 24/7 channel LaLigaTV, are now able to bring ‘LaLiga StayAtHome’, ‘LaLiga Nations’ and ‘LaLiga Clubs’ to their audiences.

“We have been proactive with the creation of these shows for LaLiga broadcasters,” Melcior Soler, director of LaLiga’s audiovisual department, said of the new programmes. “We are collaborating with clubs and players, who have been extremely willing to help. Together we are providing as much content as possible.”

Creating broadcast content from home
The ‘LaLiga StayAtHome’ programme is a 30-minute weekly show that brings viewers closer to the stars of the competition, who share their fitness routines, daily diets, interesting hobbies or their perspective on the current situation. Uniquely, content has been created directly from the homes of LaLiga players, who have recorded all the material themselves.

LaLiga got in touch with all participants to advise them on best recording practice in order to achieve a consistent look and feel to the programme. “Some players have recorded themselves but many have recruited their partners, parents or children to manage the filming,” commented Roger Brosel, LaLiga’s head of content and programming. “We created many new remote camera crews across the country.”

With all players observing quarantine, audiences get privileged access inside the homes of some of their favourite stars, which is not ordinarily possible. “Creating this kind of content depends on good collaboration with the clubs,” Brosel noted. “Everyone appreciates the importance of providing new programmes and for this reason clubs have opened doors to us.”

“We will keep running new shows every week while stay at home measures are in place,” confirmed Brosel.

Building on existing partnerships
Other new programmes include ‘LaLiga Nations’, another half-hour weekly show that explains the importance and value of the different nationalities that have graced the league. From Argentina to the United Kingdom to Brazil and beyond, the stories of the most impressive and interesting foreign players, coaches and figures will be told.

The third new programme is ‘LaLiga Clubs’, a fortnightly segment that explains the connection between Spanish cities, the LaLiga teams playing there and their history. It outlines the significance of each club, their fans' sense of belonging and their importance to Spanish football, as well as wider Spanish culture.

All three programmes are provided in Spanish and English, with a script also provided to broadcasters who want to translate the content into local languages.

As Brosel explained, this content is part of the league’s ongoing commitment to help broadcasters share content that covers all aspects of LaLiga. “We have long-standing relationships with our broadcast partners and organise workshops regularly to share new ideas,” he said. “We don’t just provide live matches; we develop programmes that help people stay interested every day of the week.”

“LaLiga's international broadcasters are looking to offer football fans different forms of entertainment during this quarantine period,” Soler continued. Through our work together with the clubs and the players, fans will be able to get closer to their idols.”

Content commitment
The announcement of these new shows follows the creation of LaLiga Classics, a selection of some of the most memorable matches from recent LaLiga seasons that is running daily on LaLigaTV and is available to international broadcast partners, who bring the competition to 182 countries in total.

Using new recordings, as well as existing archive materials, the LaLiga audiovisual team will continue to develop new shows that broaden the awareness of the competition and provide assistance to broadcast partners.

“With all our broadcast relationships, our priority is working together to ensure the content is right and that it is engaging local audiences,” Soler concluded.