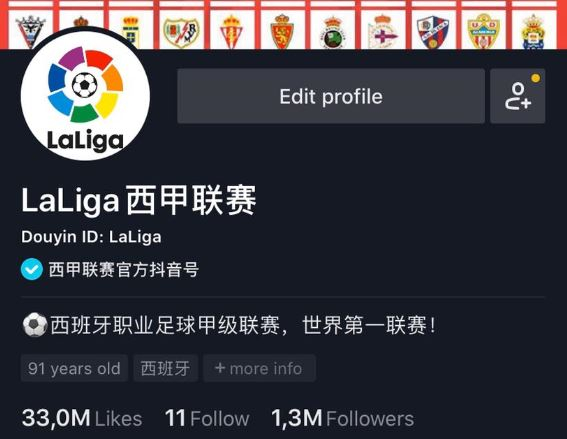 Since beginning its internationalisation process in 2014, LaLiga has organised coaching partnerships, social initiatives, memorandums of understanding and other agreements as it works to increase the profile of the competition and stimulate the growth of football in every continent. The competition is currently postponed due to the ongoing COVID-19 pandemic, but this has not stopped new agreements from being made.

Through collaborations in China and the USA, the competition has continued to reach new fans in key territories via digital channels.

Bringing NBA, NFL, UNWNT and LaLiga stars together
In 2018, LaLiga partnered with Relevent Sports Group to create LaLiga North America, a joint venture through the fanbase of Spanish football has been growing in the United States and Canada.

Thanks to an agreement with Uninterrupted (the media company of NBA star LeBron James) and the Women’s International Champions Cup, the joint venture was able to create an eSports tournament that increased following in the North American market while also raising funds to tackle the current health crisis.

The Kick COVID FIFA20 tournament, held at the end of April, was the first time that US-based professional athletes from different leagues (the NFL, the NBA and the NWSL) played together with the stars of LaLiga. Using the combined profile of the three organisers, a range of global sports stars took part including the NFL’s Chad Johnson and DeAndre Hopkins, the NBA´s Clint Capela and John Collins, UNWNT player Allie Long and LaLiga stars Borja Iglesias and Alexander Isak.

With this line up, the two-day tournament attracted more than four million livestreams across LaLiga’s Twitch, YouTube, Facebook and Twitter profiles. In addition to providing entertainment and bringing LaLiga closer to the North American sporting community, the competition was able to raise funds for Feeding America, a charity that is focused on providing relief during this pandemic.

“We all share a passion for storytelling through sports and we couldn’t be more thrilled to engage with both existing and new fans in North America,” said Boris Gartner, the LaLiga North America CEO.

World-first agreement in China
Meanwhile, LaLiga established another unique partnership by agreeing for Douyin to become LaLiga’s official social media partner in China. As the sister app of TikTok, Douyin is the fastest growing social network in China with over 400 million active daily users. LaLiga already has over one million followers of its Douyin profile and this collaboration will help the competition reach even more Chinese football fans.

“With this agreement, LaLiga goes one step further in its internationalisation strategy in China, a priority market for us in which the digital presence of our clubs doubled last season,” said Alfredo Bermejo, the league’s digital strategy director. “We are very happy to be the first league in the world to sign this kind of deal with Douyin, which will allow us to reach new audiences and give maximum visibility to our clubs on the short-form video platform.”

China is a priority market for LaLiga as well as the clubs in the competition. Already 18 of these clubs already have profiles set up on Chinese social networks, including Atlético de Madrid, FC Barcelona, RCD Espanyol de Barcelona, Real Madrid, Real Sociedad and Valencia CF.

“The agreement sees LaLiga go one step further in its digital strategy in China, where it already has profiles on the country’s main networks to inform on the latest news and the array of projects it organises in China, aimed at bringing LaLiga closer to its fans and at developing local football,” added Ye Jueming, Douyin’s sports director.

In January of 2020, LaLiga hit the 100 million followers milestone across all the league’s social platforms, highlighting its extensive reach across the globe. During the pause in live football action, digital activations have continued with initiatives such as ‘LaLigaSantander Fest’, the online charity concert that reached over 50 million viewers around the world, or #LaLigaSantanderChallenge, which reached more than 11 million.

“We are continuing to build on this momentum by agreeing the best partnerships and producing the most effective content in all global markets,” Bermejo noted. “By doing this, we are attracting fans who are more engaged and increasing the global influence of our competition.”