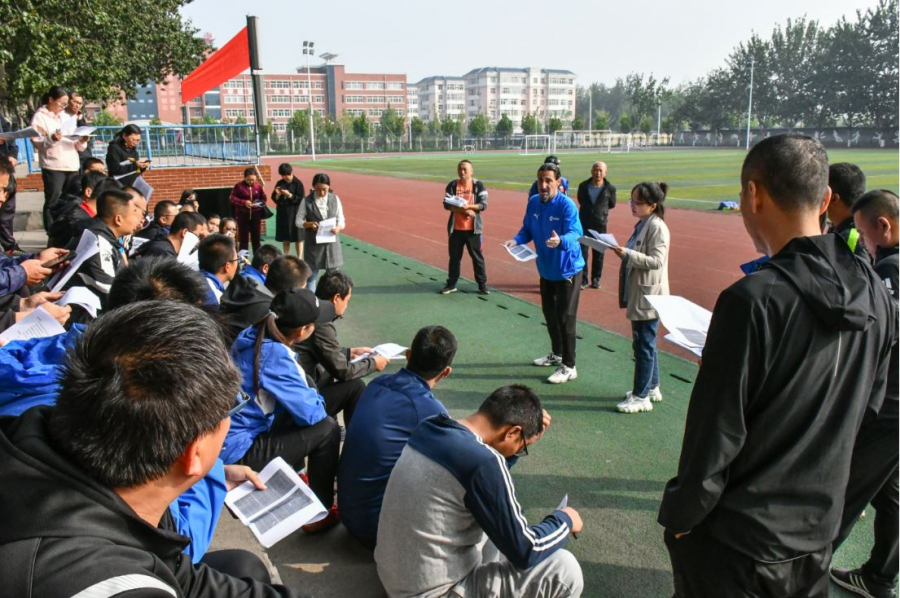 After months of health restrictions, many sporting activities are returning to normal in China, including the national grassroots football project created by the country’s Ministry of Education and supported by LaLiga.

With a population approaching 1.4 billion, the potential to develop new playing talent from China is immense, leading the ministry to make football a key part of its school curriculum in 2015. Its ambitious aims to become a global power in football have not been weakened by the global pandemic; in fact, it is preparing to take its approach to the next level.

To increase chances of success, the Chinese government formed partnerships with leading global institutions, the first of which was LaLiga. Four years ago, the Spanish competition began a football education project that has seen 150 coaches sent to 38 different locations, training over 125,000 local coaches and players along the way.

Following the disruption of recent months, these activities are now ready to resume and Spanish coaches are beginning to return to China to re-join their nationwide training projects. In the coming months, these efforts will be accelerated through training programmes and bringing coaches to training centres selected by the Ministry of Education.

Training for young players and coaches
LaLiga’s coaches, who hold the highest coaching licenses, at least six years of experience, university degrees, a high level of English and experience of China, play a major role in increasing the quality and consistency of coaching at youth level. These professionals are now beginning to resume training projects, which are based on LaLiga’s football methodology with adaptations fitted to the culture, performance level and football development status of each province.

Under the agreement, the league will also continue its series of coaching seminars throughout China, the latest of which recently took place for more than 80 coaches in the city of Kaiyuan. These events bring together local coaches to continue adapting training process to the particular needs of their players. LaLiga has helped train thousands of local coaches since 2015 under its methodology.

"We will develop these projects gradually, as the health situation allows us, focusing on the three fundamental pillars of our collaboration with the Chinese Ministry of Education: identifying of talent, developing players and training the technicians," said Juan Florit, head of the sports projects department at LaLiga. "We are helping to create conditions that develop talent throughout the territory; our years of experience help us know the sporting needs and opportunities that the country can give us."

Selected training centres
In the coming months, as more and more coaches return to China, LaLiga will incorporate coaches into different training centres selected under the Ministry of Education’s criteria for excellence.

On a socio-economic level, the ‘Mantianxing’ project will have a positive effect across the entire nation. The coaches will be spread out across cities from Beihai to Beijing, Changchun, Shanghai, Dalian, Jingzhou, Longyan, Luoyang, Nanjing, Qiqihar, Shenyang, Taiyuan, Tianjin, Xiamen and Yinchuan.

The new initiative will mark a significant next step in the process of developing a football culture in China and bringing advanced training methods to young boys and girls.

“The passion for football is still growing in China, a football culture is developing and we are working to ensure all stakeholders participate in the process including players, coaches, parents, schools and clubs,” added Carlos Casal, sporting projects coordinator at LaLiga. “During our years on the ground we have been adapting our programmes and methodology to the sporting culture of the country, these new training centres represent a notable step forward."

Investing in long-term partnership
Acknowledging the work of LaLiga in the country, the China Education Association for International Exchange recently awarded LaLiga its ‘Best Partner’ prize, recognising the efforts of the league in improving Chinese grassroots football. Awards such as this underline the reputation that the Spanish competition has built for developing young footballers in China, while also boosting LaLiga’s brand in a country that represents a major new market for the growth of the sport.

On top of working with this organisation, LaLiga has also formed numerous working agreements, including with the Chinese Super League and Chinese Football Association, to share best practice and resources that will help the sport to grow. Overall, no foreign league has invested as much in Chinese football development as LaLiga and for its part, China is showing its commitment to growing football, which prior to the pandemic had been shown through major stadium building projects and bids to host international tournaments.

With TV audiences also rising in China, the passion being fostered through LaLiga’s youth coaching will help secure the long-term sustainability of the game.

“Our success is based on partnership,” Casal noted. “We did not come to China to take over football development, but to share our knowledge and learn about the objectives that the country has. We are committed to helping these visions be realised.”