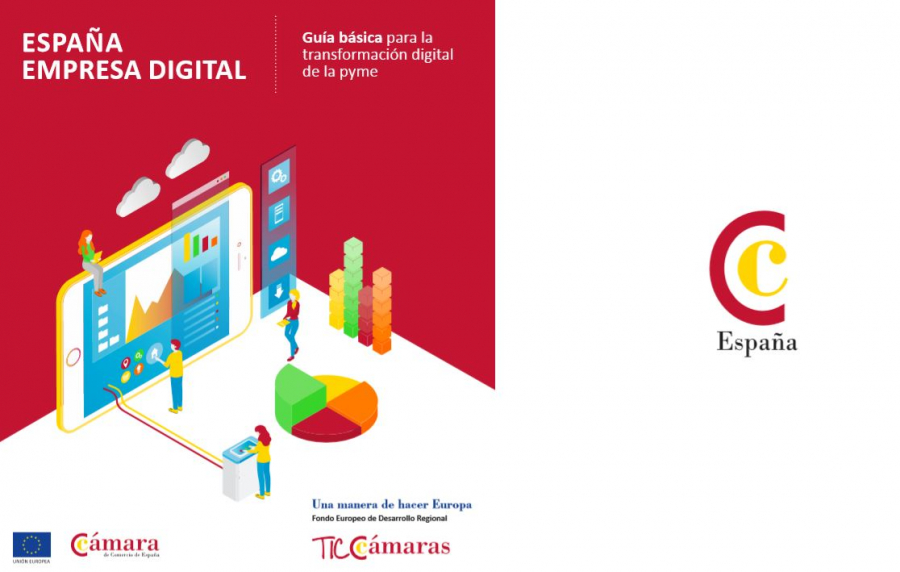 How LaLiga is guiding clubs into digital transformation

Digital transformation is a fundamental part of football’s future growth. By embracing new tools to streamline services, communicate with fans and capture new data, clubs have endless ways to enhance their business. But with so many options, it can be difficult to know where to start.

To help provide a guide into the world of digital transformation, LaLiga shared its technological expertise with Spain’s Chamber of Commerce to produce a new paper aimed at the country’s small to medium-sized businesses (SMEs).

With several leading companies participating in the study, the paper captures insights from across a broad range of industries while explaining the underlying principles of digital transformation and 10 different technologies that could be adopted.

For LaLiga, this represents a new tool that allows it to continue growing the culture of digitalisation that is spreading quickly across all clubs. No matter the size, clubs in the competition are putting processes in place that will modernise their operations and put them in an even stronger position to compete on the national and international stage.

Building a culture of transformation
Since 2013, LaLiga has regarded technology as a pillar of future growth and has assisted clubs with a multitude of digital transformation projects. As clubs move forward, LaLiga’s aim is to ensure that all 42 clubs of the competition are moving in the same direction, with the league acting as a coordinator and supporting the clubs’ progress over time.

Minerva Santana, LaLiga’s director of innovation, strategy and technological transformation, explained: “The first step is to generate awareness at all levels, but especially at the level of leaders and decision makers, the relevance of digital transformation as a lever for competitiveness and value generation.”

“From there, it’s useful to have a self-evaluation process to work out which point in the digital transformation process a business is at,” she added. “This creates a baseline from which you can establish objectives and a strategy. Once the objectives and priorities are established, it’s important to build a plan and to seek support internally and from external partners.”

Success stories
Spanish clubs have been working alongside LaLiga in order to put a digital transformation plan in place and put technology at the core of their business. This has led to the installation of new tools that have proved referential in the world of sport.

Among recent examples: RCD Mallorca adopted wearable technology that allows for the remote monitoring of players’ workouts; Celta de Vigo installed remote video technology at the club’s A Madroa training complex; Osasuna made headlines around the world as it adopted intelligent shinpads in club academies; Valencia CF introduced the VCF Seat Delivery service that will allow fans to order food and drink from their seats at Mestalla and Real Sociedad has been developing smart scarves and smart shirts, using wearable NFC tags.

Meanwhile in LaLiga SmartBank, Spain’s second tier, clubs are showing ambition that exceeds European rivals when it comes to technology growth. LaLiga SmartBank clubs have grown their online presence by 23 percent since July 2019, a far higher rate of growth than the second divisions of other top European leagues.

Within this, clubs such as UD Almeria, CF Fuenlabrada and Cádiz CF (now promoted to LaLiga Santander) have recorded year-on-year growth of over 85 percent in their online following. “This shows that an increased focus on digital helps clubs to reach a wider fanbase,” Santana added.
While significant steps have been taken, it remains important to share best practice from across the changing world of technology so that clubs can see a clear path to future growth. This is one of the key objectives that the new Chamber of Commerce paper seeks to achieve, which is why LaLiga became involved with its creation.

“In the last year, LaLiga clubs have recorded some of the highest growth rates in Europe when it comes to digital adoption, particularly within digital communications,” Santana said. “Our focus is to continue building on what has been achieved and to continue working with clubs of all sizes to embrace new digital tools that will help evolve their business and support the growth of the entire competition.”

Stimulating new growth
Forming alliances with technology giants such as Microsoft, LaLiga has built a dedicated team of technology experts in the field of innovation as well as digital and data analytics. Since inception, these teams have been focused on sharing resources and expertise with the clubs.

“At LaLiga, we’ve created a portfolio of digital services and integration programmes that allow us to respond to the concrete needs of each club,” Santana revealed. “We’ve built an ecosystem in the areas of innovation, digital and data that we’ve made available to clubs to help them with their business objectives.”

Examples of this include the platforms shared with clubs to help them build modern apps and websites, the Sandbox tool for analysis of match data in the cloud, access to the Mediacoach in-match analytics tool, use of specialised LaLiga data dashboards and much more.

As a result of these combined efforts, Santana predicts a rise in new innovations that will help LaLiga clubs get closer to their fans and drive future growth in all areas of the business.

“The new technologies that come from digital transformation provide the flexibility to adapt to constantly evolving behaviours and consumption habits, so the appearance of new products and services, as well as the appearance of new models, will be more frequent,” she said. “This will make the competitive environment more complex but richer.”

“At LaLiga we have always conveyed the importance of digital transformation to clubs and its impact on competitiveness,” Santana concluded. “The success we are seeing is creating a drive for new innovation across the competition and this is something we will continue to support.”

The new paper titled España Empresa Digital for SMEs, as well as a directory of guides to help businesses with digital transformation, is available for download at: www.empresadigital.camara.es/publicaciones.