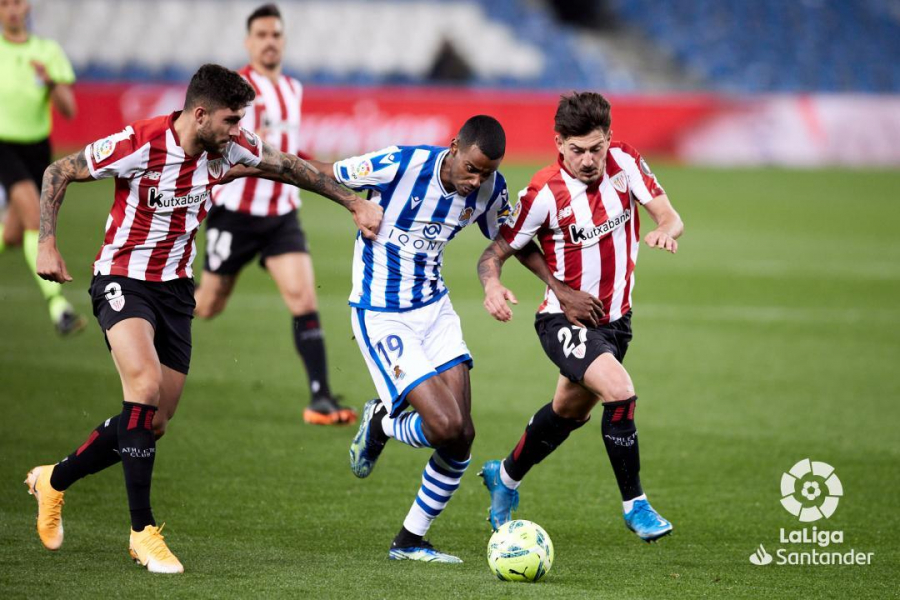 LaLiga Basque derby seen by more than 1.1 million on Twitch

This month LaLiga and GOL introduced a new viewing experience for football fans in Spain, showing the Basque derby between Real Sociedad and Athletic Club live via the streaming service Twitch.

The move represents part of LaLiga’s plan to innovate with new digital consumption models and engage the broadest audience, allowing more viewers to get closer to the competition. This also helps create new and engaging experiences for users on Twitch, which recently added a dedicated sports channel to its service.

Although this marked the first time that a live match from a major European football league was shown via Twitch in Spain, results suggest that the demand for sports content on streaming platforms is already high. The game received more than 1.1 million views across the official Twitch channels of LaLiga, GOL and match commentator Ibai Llanos, in addition to peaks of 1.1 million watching via the televised broadcast.

The decision to add live matches to Twitch follows the success of LaLiga Casters, a unique initiative from LaLiga and Twitch in which some of the world’s most popular casters provide alternative commentary to LaLiga matches, which is also made available as a separate channel on the televised match broadcast in Spain. Since its launch in early 2021, these matches have received millions of followers on Twitch.

“We have been interested in the Twitch service for over five years and have been closely monitoring its growth to determine when and if we should introduce LaLiga,” explained Alfredo Bermejo, digital strategy director of LaLiga. “In recent months, interest in football content on Twitch has increased which led to LaLiga Casters, an initiative that combines sports broadcasting and streaming to cater to a new generation.”

All streamed matches remain available to viewers through the usual television channels. In the case of the Basque derby, it could bs seen on GOL (via free-to-air and digital TV) as well as through national operators Movistar, Vodafone, Orange and Telecable.

The addition of Twitch to this offering allows people who are used to a different form of content consumption to enjoy the live football experience. Thanks for the interactive features offered by Twitch, viewers could participate in the show and communicate with the streamers through the chat function. The programme also extended beyond the 90-minute match with a 30-minute preview of the game followed by post-match analysis.

“Streamers offer something different to the world of football commentary and they bring a young and highly engaged audience along with them,” Bermejo concluded. “I think we’ll see more of these kinds of influencers entering the world of live sports and I think we should be excited by this. A wider range of voices attracts a more diverse audience, which for us is fundamental.”