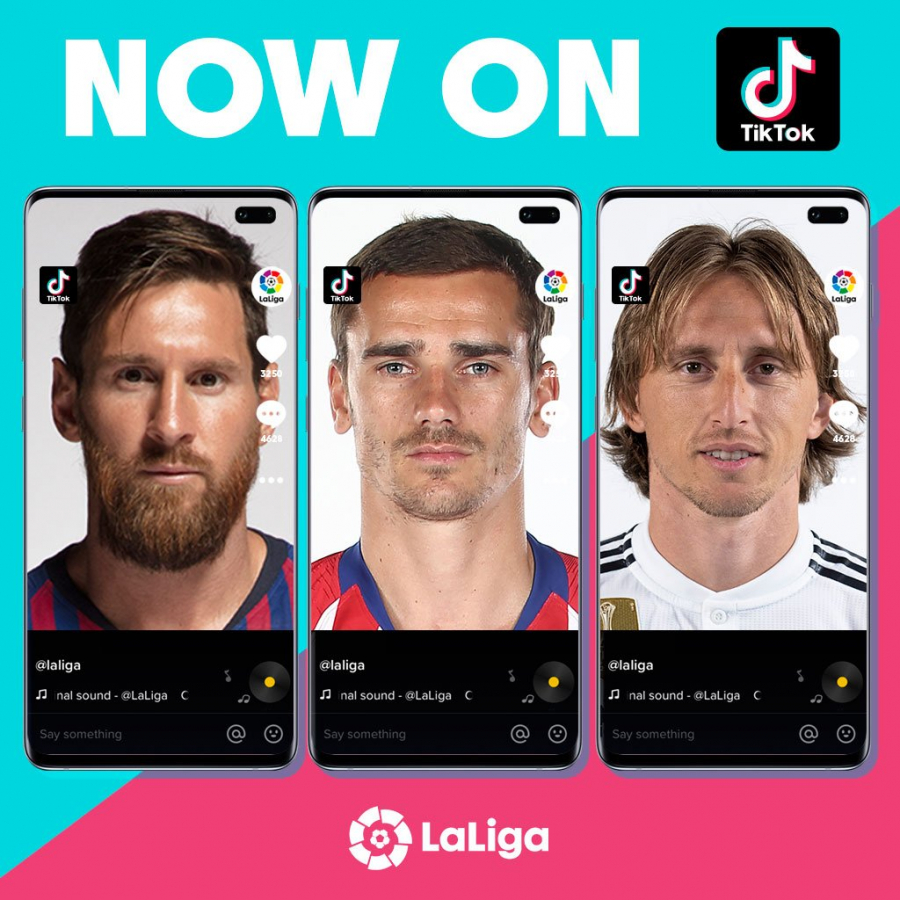 Spanish football fans have a new social media account to follow with the arrival of LaLiga on TikTok, the social network for short-form videos and the world’s fastest-growing platform in terms of number of users. With more than 500 million active users around the world, a number that is growing rapidly, the potential audience for Spanish football is set to receive a significant boost.

The idea behind TikTok is for users to share passion and creativity through short videos, with music and graphic effects an important feature of these clips. For many young people, this is exactly what they’re looking for in a social media platform, as evidenced by the fact that 70% of TikTok’s active users are between the ages of 13 and 20.

TikTok is especially popular in Asia, thanks to Chinese sister platform Doujin. It already has offices in Beijing and Shanghai, as well as in Jakarta, Mumbai, Seoul, Singapore and Tokyo.

However, the network is also surging in popularity across Europe, Latin America and in North America, where it is an evolution to of the musical.ly platform, the social network that was acquired by TikTok’s parent company in 2017. Its global presence currently extends to offices in Berlin, London, Los Angeles, Moscow and Sao Paulo.

For LaLiga’s Digital Strategy Director Alfredo Bermejo, the exciting part of the new @laliga TikTok account is the chance to connect with the younger generation of fans, regardless of where they’re logging in from.

“More than a territorial division, we are trying to extend the age range of the followers of LaLiga,” Bermejo said of the league’s launch on the TikTok platform. “It represents a great opportunity to interact with the younger Generation Z audience. For the future of football, it is evident that LaLiga has to be there.”

The first professional Spanish club to get involved with TikTok was LaLiga 1l2l3 side Real Zaragoza, which has already amassed over 6,500 fans and over 50,000 ‘likes’, of its content, while RCD Espanyol de Barcelona became the first LaLiga Santander side to join the platform in late May.

Bermejo is confident that more LaLiga clubs will want to join the platform shortly and that LaLiga’s decision to go ahead and embrace TikTok will have established a foundation for Spanish teams to benefit from.

As for LaLiga’s account, it didn’t take long for fans across the world to start engaging. “Looking at the numbers of followers and visualisations of the posted content, it seems that the growth will be very fast,” Bermejo said. “In just two weeks since the opening of the account we surpassed 90,000 followers and the 500,000 likes.”

This rapid growth of followers and fans may have a lot to do with the fact that each video posted by LaLiga is specifically designed to fit the TikTok space. Through videos of goal celebrations, player skills or replays of classic goals from historic players, followers receive unique content in TikTok’s creative and quirky style.

As the social network continues its surge in global popularity, LaLiga will ensure that Spanish football is well represented, building relationships with football lovers who will become fans of the league and its clubs for years to come. “We have an obligation to be visible on the platforms where our audience is present,” said Bermejo.