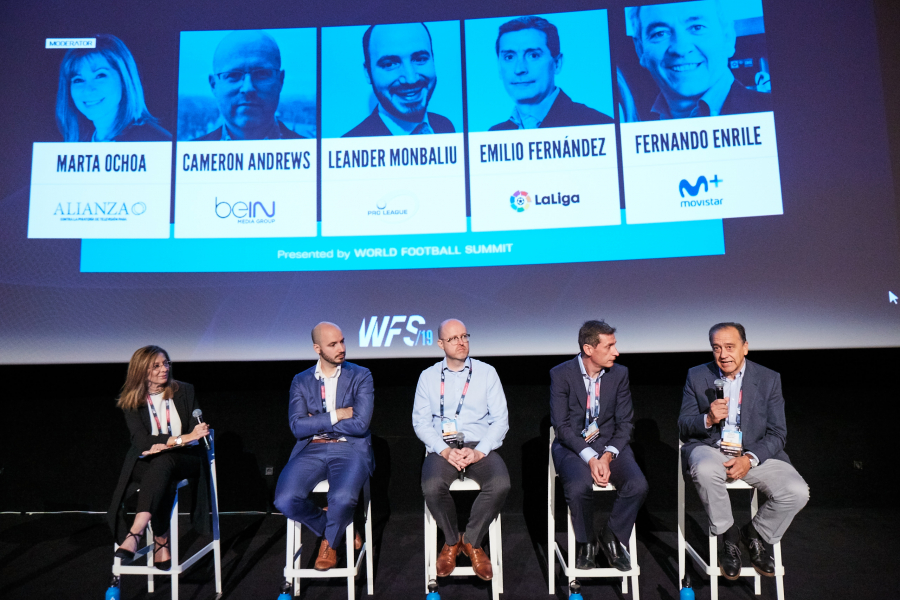 Piracy is one of the major challenges threatening football leagues and competitions around the world and LaLiga is aware of the need to invest resources into the anti-piracy battle. Emilio Fernández, the Head of Content Protection at LaLiga, and his team have developed several tools in recent years to help shut down the pirates.

There is Marauder – a tool that assists with detection of illegal content – Lumière – that can digitally extract evidence and provide information on illegal pages – and Blackhole – which helps draw up maps of IPTV (Internet Protocol TV) platforms at a national and international level.

For a smaller league with more limited resources, though, creating such tools in house is almost impossible. That was the case with Belgium’s Pro League and their solution was to come to LaLiga and to partner with their counterparts in Spain in order to benefit from the same pioneering tools.

Leander Monbaliu, the Legal and Media Rights Officer at Belgium’s Pro League, took part in a round table on anti-piracy titled ‘Football vs Piracy: Technology as a Key to Win the Match’ at the World Football Summit in Madrid and he was joined on the panel by Fernández of LaLiga.

“We were looking for new ways of dealing with the issues of anti-piracy,” Monbaliu said when explaining how the collaboration with LaLiga came about. “We had a lot of discussions with a lot of third-party vendors to see who could help us best. We had talks with Emilio and his team and it became clear that it would be an interesting thing to start a unique collaboration between leagues. Being a smaller league with less people and less expertise, we were able to leverage on the tools that LaLiga has been using and developing in house for the past few years. We have very good cooperation with them.”

One of the areas where this collaboration works best is on social media, where LaLiga’s tools can help detect unauthorised video uploads and work with the social networks to take them down. As Fernández told the audience at the World Football Summit event, around 98 percent of content reported on behalf of LaLiga or the Pro League is successfully removed.

In Fernández’s view, the greater problem is with IPTV. For the Spanish and Belgian leagues, there are similar issues because their legal systems both take a long time to remove such platforms when reported. “Today we have all the tools for blocking, but we don’t have the law,” said Fernández. “I would like to have a law for it to be faster to block IPTV and illegal streaming.” If there are changes to the laws in Spain and in Belgium, then both leagues will be able to collaborate even more efficiently.

The overall issue of piracy was tackled at this panel, along with the need to provide top-quality legal options in order to move viewers towards legal subscriptions. Adolfo Remacha of Movistar+, a LaLiga broadcast partner in Spain, discussed this: “It’s very difficult to get rid of piracy, but at least we are committed to making it more difficult and more uncomfortable for the regular person so that they think ‘okay, I’m getting this for free or for a very low price, but it doesn’t have the quality that I want to have and it breaks sometimes, so why don’t I go for a legal subscription?’.”

Monbaliu followed up on Remacha’s point: “I also believe that we should invest in having a product together with our broadcasters that fulfils the needs of young people or people who want to watch on their phone and not in a traditional way, in order to get them onto a legal subscription.”

#WFS19 Industry Talk presented by @LaLiga
Experts from @LaLiga, Pro League, @movistar_es and @beINSPORTS will get together to offer insights on their key efforts to safeguard a content that we all love, Football! These companies are developing tools to fight piracy at scale pic.twitter.com/CkrEVsAp1q

This is something that both the Pro League in Belgium and LaLiga in Spain are working to do, using all the information available to help broadcasters offer the best possible content and packages. That said, piracy will remain an issue for the leagues and broadcasters to fight against, something LaLiga is strongly committed to.

“For us, the anti-piracy fight is crucial,” Fernández said. “We sell our rights to our broadcasters and we don’t want to leave our broadcasters around the world alone in this fight.” Thanks to the tools used by Fernández’s team, both LaLiga and Belgium’s Pro League will be able to keep supporting broadcasters to win this battle against the criminals.