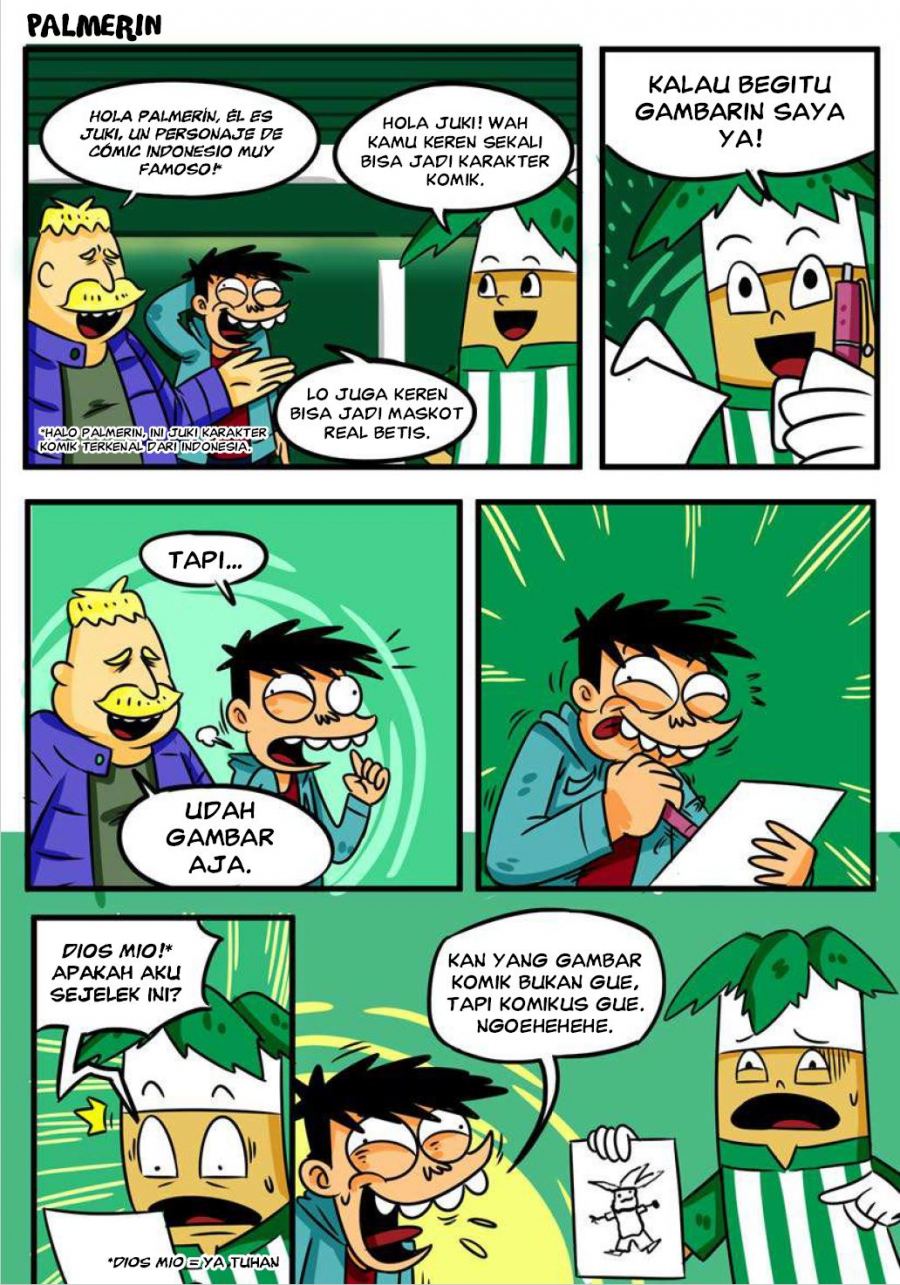 As is the case in so many countries around the world, Indonesia is currently under lockdown measures in response to the COVID-19 outbreak. In order to make this period of confinement easier, LaLiga and Pionicon, the company behind the popular Si Juki comic, have joined forces.

A comic titled ‘Si Juki lands in Spain and explores LaLiga’ has been released with the aim of bringing Indonesians closer to LaLiga and to the league’s clubs. This comic tells the story of the popular character as Si Juki explores cities such as Madrid, Barcelona, Seville and Valencia and learns about the local clubs as well as discovering Spanish culture, gastronomy and language.

“Despite the current situation, we remain committed to offering entertainment options to our fans and this comic is an original way of doing so,” explained Rodrigo Gallego, LaLiga’s delegate in Indonesia. “As well as helping fans to learn more about LaLiga and Spain in general, this comic will also show that fans in both countries share an almost identical passion for football.”

The 134 pages of the comic contain various stories about the clubs, while basic Spanish words and phrases are translated into the local Indonesian language, Bahasa. This is one of the first publications of its kind to be released in the Asian country and it forms part of LaLiga’s overall objective of offering more than football to fans around the world.

Asia has long been an important market for LaLiga and the league’s audience in the continent has grown by 70% in the past three years, with the league establishing its Singapore office in 2017. While there are no live LaLiga matches at this time, there is a desire to remain connected with the competition and to get to know Spain’s clubs better.

As Ivan Codina, LaLiga’s Managing Director for SEA, Australia, Japan and South Korea explained: “All of the clubs have stories and an identity. We work to ensure that these become known abroad and that people fall in love with them.”

The comic was designed by local artist Faza Ibnu Ubaidillah, also known as Faza Meonk. He explained his surprise at the cultural diversity found in Spain while adding that his readers want to discover more about LaLiga, its clubs and the country in general.

“Spain has many different cultures packed into a limited geographic space and I think that is reflected well in the story,” he said. “There are also parallels with Indonesia, such as the passion for football, and I am convinced that the readers will want to learn even more about LaLiga and Spain after starting this story.”

Having been released this month, the comic forms part of LaLiga’s national and international campaign to encourage people to stay at home and to respect the advice from their local authorities. The ‘LaLiga Se Juega En Casa’ (‘LaLiga Is Being Played At Home’) campaign has also included LaLiga Santander Fest, a unique virtual concert, as well as the LaLiga Santander Challenge, an online FIFA20 tournament, both of which helped entertain fans and raise money for the fight against COVID-19.